Child of Seûln the Mother, Minor God of the Saohri Temple

Mother Moon shined bright in the sky, surrounded by the quiet Stars who kept watch on the world below. She wished for a child, who she could raise and love. So Mother Moon went to the Lover, and asked for her help.

"Oh, please help me. I suffer too much from my loneliness. Make me someone who will love me, and I will love them in return."

"That, I cannot do", the Lover answered. "But tonight if you stand beneath the leaves of the oldest tree, your wish will be granted."

So Mother Moon did as the Lover said, and when night came she sat below the tree to await her child. A poor woman came with a basket on her back. She left it below the tree and disappeared into the night. Soon from the basket wails were heard, and Mother Moon stepped out of the shadows.

Hidden inside she found a baby. "I will raise you as my own, cherish you forever", the Mother said. She returned to the night sky, bringing home her child with her.

This is how Laykan came to be, and why we have two Moons in the sky.
— A Saohri tale on the creation Laykan.

Laykan the Child is a minor deity of the Saohri Temple, the second moon that lights up the night sky. They are primarily worshipped as a divinity of tricks and deceit, as well as a protector of children.

A Child Among Gods

Laykan grew up pampered by the other Gods of the Pantheon. All welcomed them with open arms, and celebrated the child as if they were their own. Laykan grew among the gardens and temples of the Sea of Dusk, playing with the animals and creatures that lived there. They grew up fast, and took a liking for tricks and deceit.

Many Danatelian stories and epics start with Laykan meddling with the affairs of gods and mortals. Legendary weapons find their way into the hands of every day mortals, who find themselves propelled into a world of epic adventures. Wars were fought following the disappearance of legendary artefacts, only to resurface where least expected.

The First Death of Laykan

Laykan's passing is undoubtedly one of the more tragic stories within Saohri mythology. The child had ventured to the realm of mortals in search of an adventure of their own, but instead they had found only death. The specifics of the events changes from one myth to another, though most have Laykan perish at the hand of a powerful monster.

Following Laykan's death, Seûln the Mother adventured into the Almayot in an epic journey to bring her child back from the land of the dead to the land of the living. Laykan never aged again, doomed to remain a child trapped in their mothers embrace till the end of times.

Famous play writer and Nasbarin Ulfat Ibish (-456 I.A, -270 I.A) popularised a new version of the myth in a tragedy he called "The Tale of Two Moons", played for the first time in the year -378 I.A. This version draws from the darker aspect of Seûln the Mother to tell the morbid story of a mother afraid of letting their child grow.

In this version, it is the Neverseen herself who kills Laykan. They grew day after day, from a young child to a boastful teen, and Seûln worried that a time would come when they would leave her alone among the stars. She could not bare the idea of her child abandoning her, so one night she smothered them while they slept, so that they would never leave her side. 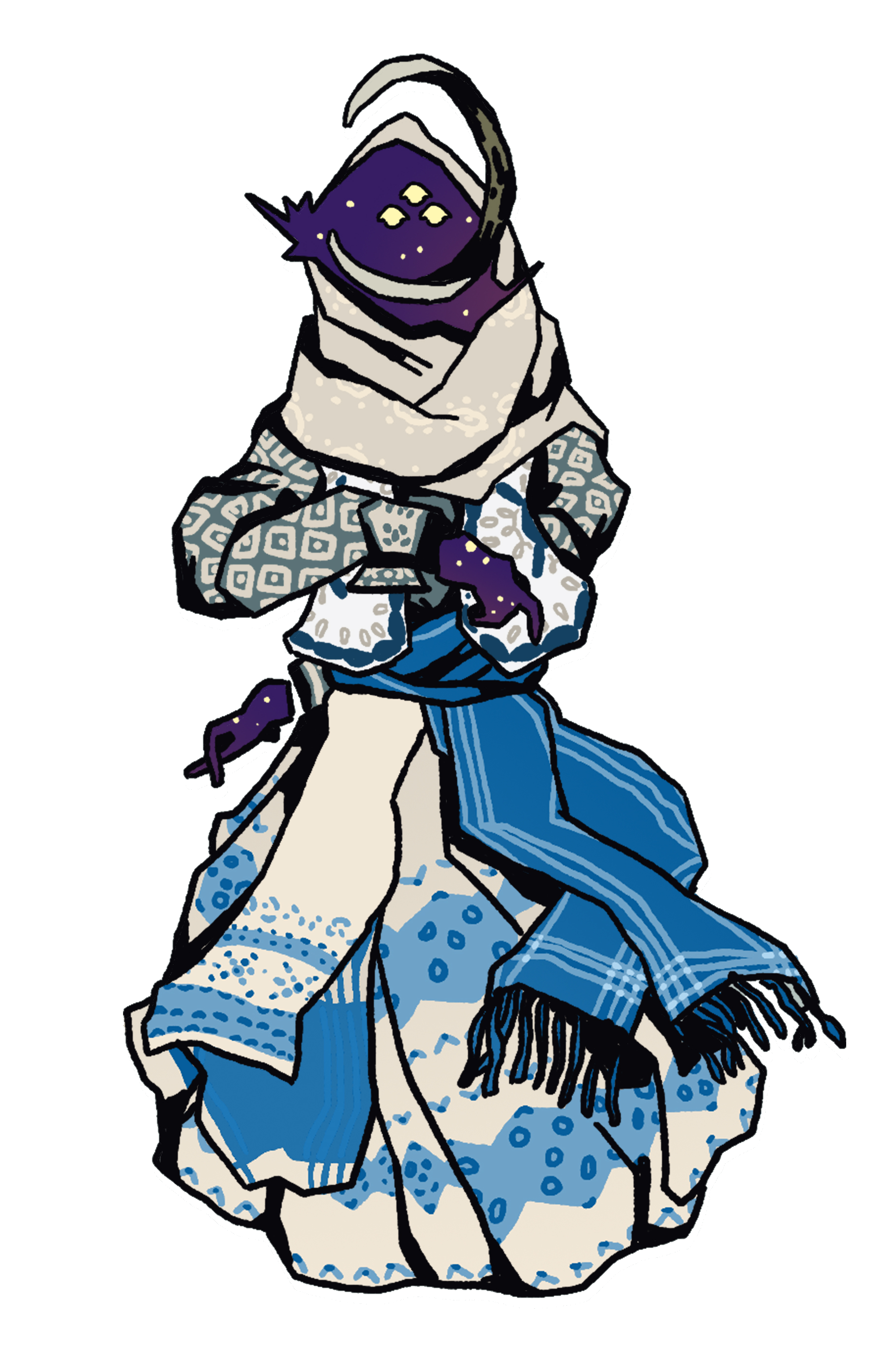 Before the god's second death, Laykan was worshipped almost exclusively by parents and children. They had few temples of their own, often relocated to small wings of larger complexes. Most prayers to the god asked them to watch over children and keep them safe.

Since their second death, only the most devout of their Mother's worshippers still address prayers to Laykan. Most hope that by doing so, they will be able to bring the god back to life.
Children

The Second Death of Laykan 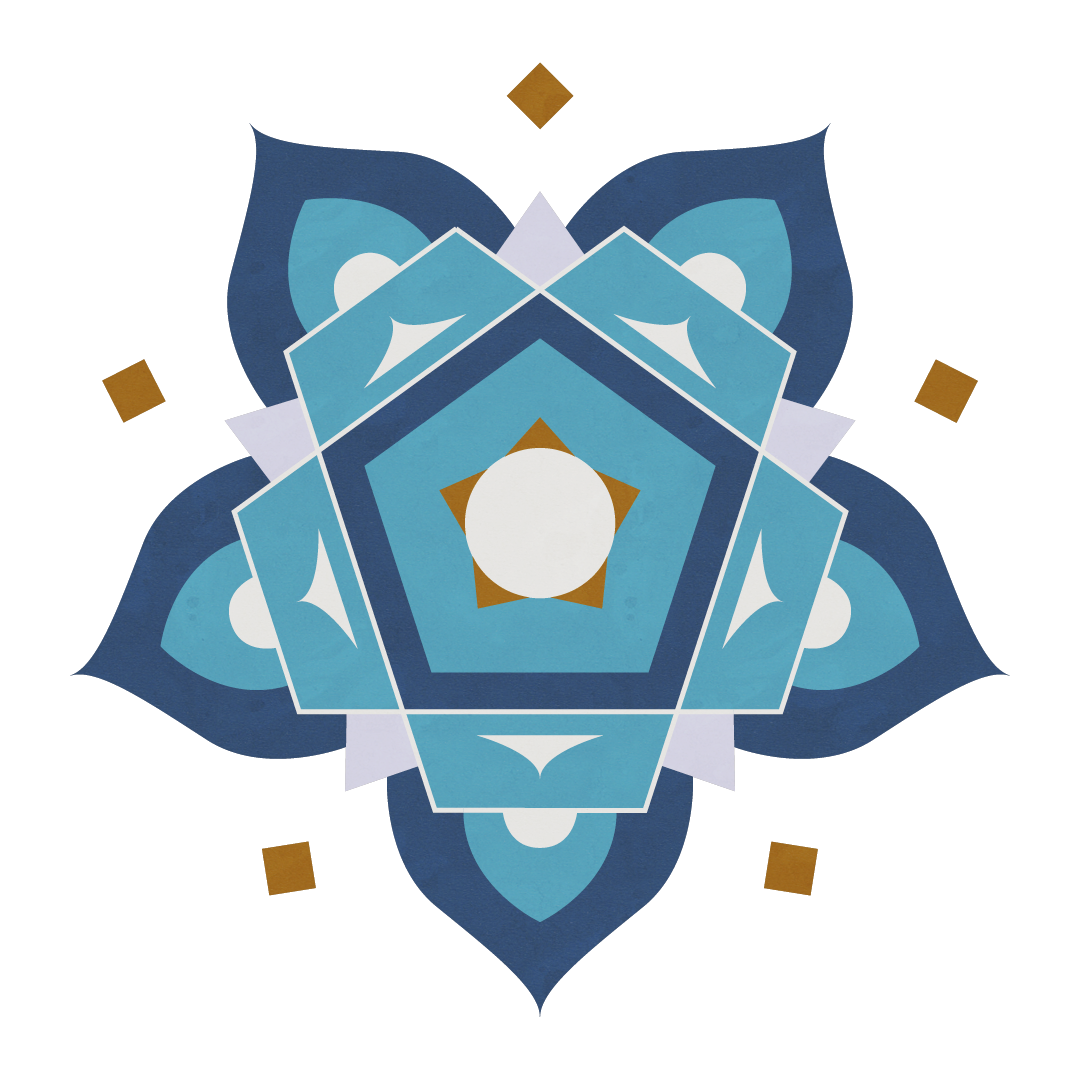 While the tale of Laykan's first passing is as old as the foundation of the Saohri Temple itself, the god's second death from the night sky is still fresh in the memories of the Danatelian people. In the year 82 I.A, on a Qamar Saghir, the smaller moon vanished from the night sky, leaving nothing but darkness behind.

"My child is gone, stolen, dead once more! Almayot has devoured them, and I do not have the strength to save them from this fate."
— Extract from the "Laments of Seûln"

And we have reached full circle! One of the first gods I wrote about, Laykan has known a pretty big rework now that I'm getting the hang of this whole thing (I initially came up with them circa Summercamp 2020, right when I was starting out (': )

Anyway this article is incomplete of sort- I haven't figured out yet what exactly happened to Laykan, and I'm not sure when I will (might keep it unknown until I get to have this play out in a DnD campaign or something).

Last of, huge thanks to Aijxjx for the fantastic art of Laykan!

Such a lovely rework of this article. This story still makes me so sad. :( <3

Thank you <3 glad you like it! I think one day I might try my hand at writing that play though I’m not sure when I’ll have time ...

I can't comment on the rework as a first-time viewer, but this is as always a lovely article which fits perfectly with the other deity articles I've read from you. Gorgeous art to neaten it all up as well, fab luck on the free commission it looks perfect!

Thank you so much for the kind words once more <3 its a pleasure to see you back in my notifs too!   I did get really lucky with the artist, I decided I would commission him to draw the major gods of the saohri and oh my god i am excited!!

Very nice article! I like the relationships that arise from the impact of eternity on minds, we tend to assume that being immortal would be lovely, but with the lack of a focus that would cause an intense upset that will generate events. As you have described very well in the article. I will point out two typos in the first I have seen, I hope this is useful 1)Mother Moon shinned bright 2)This is how Layakan came to be

I'm glad you enjoyed it!! thank you for pointing out the typos, I appreciate it :D

I love that there are so many variations of this story. That the true ending is not known adds a bit of mystery to it. Great work!

Thank you for the kind words!