The Roads, The Waves and the Lightning Thrower

Long before they lived on land, the Danatelians came from the sea. They were sailors at heart, riding the waves of storms as they travelled the oceans. And when they finally set foot on Antepandia, they brought the storms with them. Argus, master of the roaring waves, travelled the roads nestled in the hearts of his worshippers. As they endured hardships and struggles trying to survive, they prayed to the Protector, asking for his aid in times of need.

Many hundred years have passed since Danatelians first arrived, and as all things do they grew and changed. Argus grew from being a patron of sailors to a patron of travellers and tradesmen, and the protector god of the Danatelian Republic. He is the one desperate people call on, so that he may strike their enemies with lighting, defend the towns and villages against armies and brigands.

In the Danatelian culture, storms are usually a good omen, and lightning rarely strikes where it does not need to. There are tales and myths of enemy armies marching onto the lands of the Danatelian, only to be taken out in a single lightning strike as Argus rose in the sky to protect his people.

Argus of the Waves

Argus of the Waves is an intrepid god, he who bends the seas to his will and controls what lies beneath the waves. He is the unstoppable forces of nature, the mysteries that lie at the bottom of the deep blue seas, but also the man who guides the souls of the drowned towards the afterlife. He is admired for both his bravery and kindness towards all who sail his waters.

Argus of the Waves is a young man, heart filled of hope and yearning for the open seas. He is represented most often as a slender young man, with brown skin and coiled black hair. He is full of vigour, riding dolphins and whales over the horizon.

The Lightning Thrower is the fierce defender of the lands, protector of the people. It is he who is called as bandits raid villages and towns, and as armies march the land to strike them down with his lightning. Argus the Lightning Thrower is a warrior, a protector at his very core. Tales of his mythical appearances on battle fields are told around fire camps to inspire soldiers before battle.

As the Lightning Thrower, Argus is now a grown man, black hair pleated and dreaded under a helm. He is has the figure of a warrior, holding up his shield and holding defensively his lightning bolts over his head, wielding them like spears.

Argus of the Roads

Argus of the Roads watches over those who trade and circulate money. He protects travellers on the roads, and is the god most closely associated to economy and wealth. He is the meticulous accountant, watching out for corruption and unlawfulness. Most prayers addressed to Argus of the Roads ask for good fortune in professional endeavours, but his name is also occasionally called on to root out corruption. As such, he is often present within buildings belonging to The Well.

Argus of the Roads is now an ageing man. Long gone is the body of the warrior: he is now dressed in the outfits of city officials and people of the law, sometimes even with [tooltips:Argus of the Roads' bad sight has appeared in many myths, notably in those who involve the god Lykan pranking him.]spectacles[/tooltip]. He is a much more austere and serious iteration of Argus, but does not stray from his nature as the Protector.

Myths of the Saohri Pantheon

As one of the main gods of the Saohri Pantheon, Argus has his fair share of temples throughout the Danatelian lands. They are built in the architecture traditional to their time of construction, and each contains the triangle disposition typical of Saohri places of worship (as to best accommodate the triunal nature of the gods).

Worship of the god is done more or less independently for each of his Adjigo, with an annual feast held for all three gods together. Worshippers are allowed inside temples to bring offerings to the statues whatever Adjigo they seek help or guidance from. Additionally, there are many special rites throughout the year, celebrating the gods heroic actions throughout different myths.

One of the most important celebrations is held on the first storm after the summer solstice, which is usually the years biggest storm. It is greatly awaited by priests of the Protector, as it is the biggest celebration of the year in his honour. 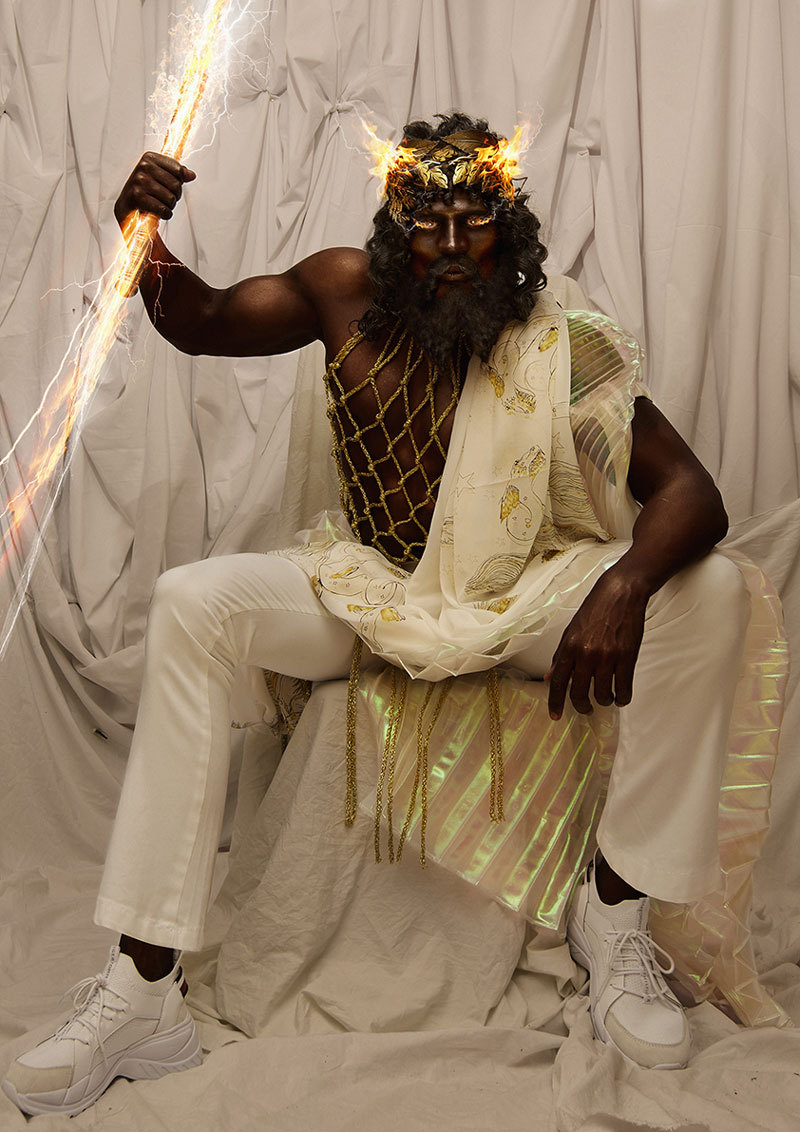 Remove these ads. Join the Worldbuilders Guild
Gods and Religion
All pictures, unless specified, are from Pexels, Unsplash, Pixabay, or Wikipedia Commons.
Cover image: by Mohammad Ali Berenji

2 out of the 7 gods of my pantheon are done! The more I write and the more I realise I need to make articles to explain the religious mechanisms and so on. I'm never getting myself out of this... and this is the pantheon of a single culture too... what have I done to myself :(

As always, thank you for taking the time to read! If you enjoyed your time here please leave a like or a comment below to tell me what you thought, I'd really appreciate it!