Fringe Animals are animate creatures that appear similar to Animals but do not need to be. They are created by Magic and usually belong to a declining population.

In contrast to livestock or wildlife, all Fringe Animals require some magical Intervention to continue to exist. This can be through active human cultivation but also by natural Phenomenons. Removing such Animals from their usual breeding grounds, causes sterility or in some cases even death within a short amount of time.

It is assumed that Magic itself isn't a big fan about playing god (see The Conscious Magic Theory).

Despite many attempts to find a "more fitting" word, the description as Animals (in the sense of being alive) has been proven to be quite resilient.

It has since become one of many terms that cause lead experts to roll their eyes and start sentences with: "Well, yes, but..." 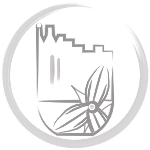 This Article is a Stub

It is lacking content, but we needed it published anyway

to get notified on Updates to this Article