The Prismatons are a race of crystalline organic beings who appeared mysteriously in Near-Mars Space just after the Fracture. Their complex body structure refracts and reflects light in strange ways, making their exact shape hard to pin down without vision augmentations.

The basic body structure of the average Prismaton is similar to that of a long-limbed humanoid. Their bodies are made entirely of complex systems of crystalline structures, working much in the same way as organs do for other organics. Due to the way light behaves around the body of a Prismaton, they are predisposed to stealth and subterfuge, since they are generally hard to see in normal circumstances.
The bodies of these creatures can interface with regular patterns that occur in nature in order to communicate. This, along with the immense amount of power emanating from the massive crystal being they call "The Mind", allow them to function as a hivemind (with limitations), acting as one in the execution of their goals. They seem to fit into any habitat beyond that of their homeworld, if that is even what they were found inhabiting. They can survive in the vacuum of space, and on barren, or otherwise hostile planets; they seem nearly indestructible except a few well-protected weak points.

Prismatons were found on the remains of a ruined planet hauled in for Operation: Multiple Mars. Their massive castles of pure gleaming minerals seemed they would bring a fortune to the project, until contact was made with the aliens. All Prismaton dwellings are built of fine, pure minerals and metals.

Prismatons seem to be immortal if not killed prematurely. They begin life in a larval stage, writhing and rapidly growing masses of crystal, eventually growing and taking the form of the final, semi-humanoid shape. The can manipulate space and time to ascend beyond dimension in the late stages of their existence, surpassing reality to exist forever out of time. This process itself takes thousands of years, and the immense effort of many individuals throughout the timeline.

The Prismatons do not know concepts of 'self' or 'individual' until they are fully developed beyond the larval stage. They pass into 'adulthood' at the time, and are sent away from the hivemind, to experience these things for the first time. It is a rigorous and dangerous process, and many go mad before they complete their isolation. All who finish are granted back into the ranks of the hive mind, but are now given a name and a standing as an individual who is free to act outside of the Mind. Prismatons typically live a rigid and militaristic lifestyle outside of the hivemind, to keep the isolation at bay.

The Prismatons can communicate and sense vibrations in solid materials that have regular and repeating structures, such as pure minerals, refined metals, and crystals or gems. This gives them a limited form of blindsense in certain situations. Prismaton homes, ships and structures are all built from such materials, and as such, they can communicate rapidly across vast distances, and seem to have a preternatural sense for intruders. 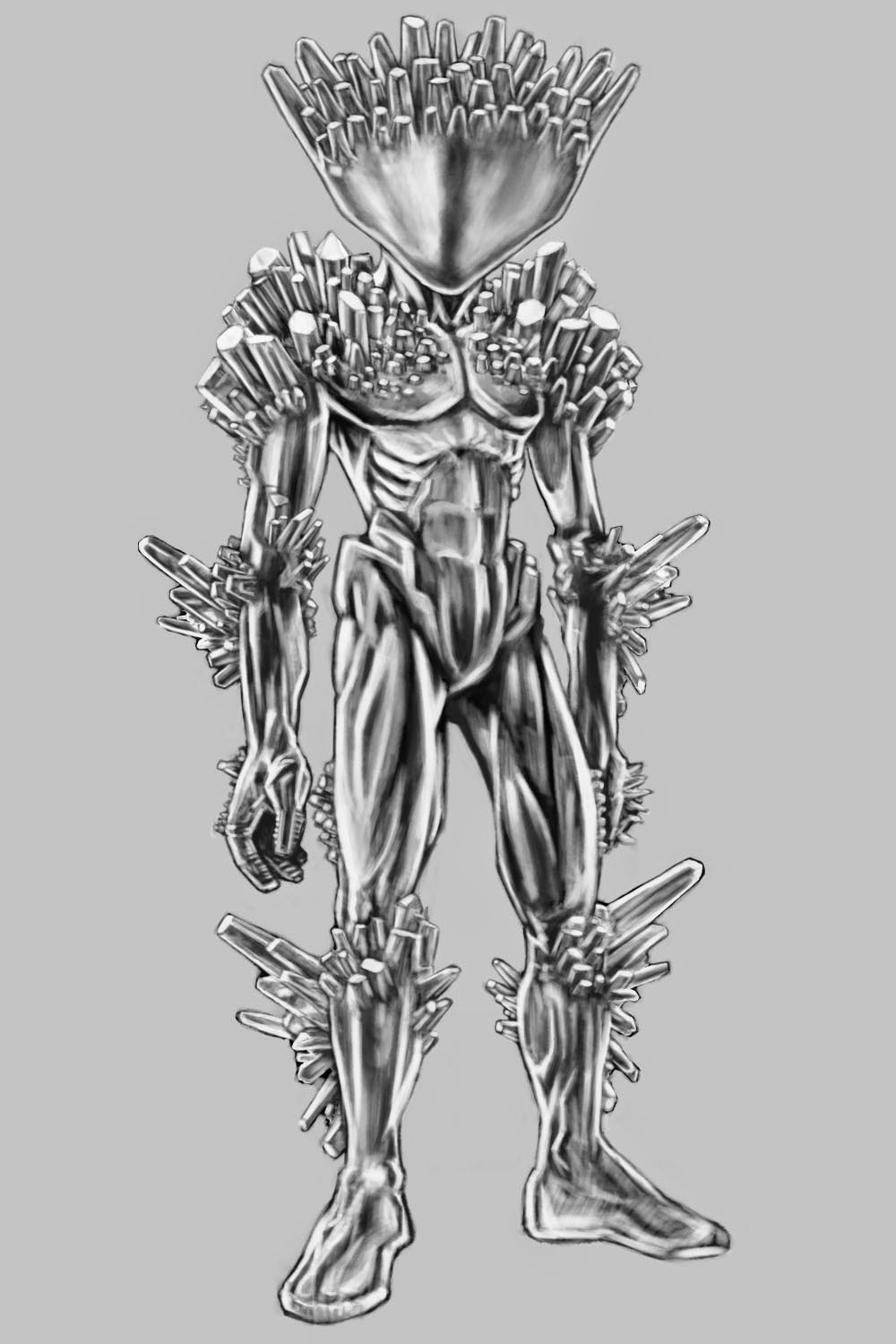