Hardship and exile to a harsh and barren Mars, forces the evolution of the rebellious Hawkers -refusing to be turned into cyborg monsters for a tyrannical army- into the Dinos that seemed to appear mysteriously around the time of First Contact.   Due to the relative seclusion of the Mars they inhabit, the Dinos use their world as a hiding place from which to research and plot revenge on those who wronged them centuries before.

Similar in their anatomy (sans useable wings) to the Hawkers they evolved from, these Dinosaurs don both feathers and scales as an evolutionary response to the hostile, swampy environment of the Mars the were exiled to.

The Dinos have discovered Time Travel in their secluded university. They have attained to an impressive technological level through smuggling and raids on cyber shipments and bases. 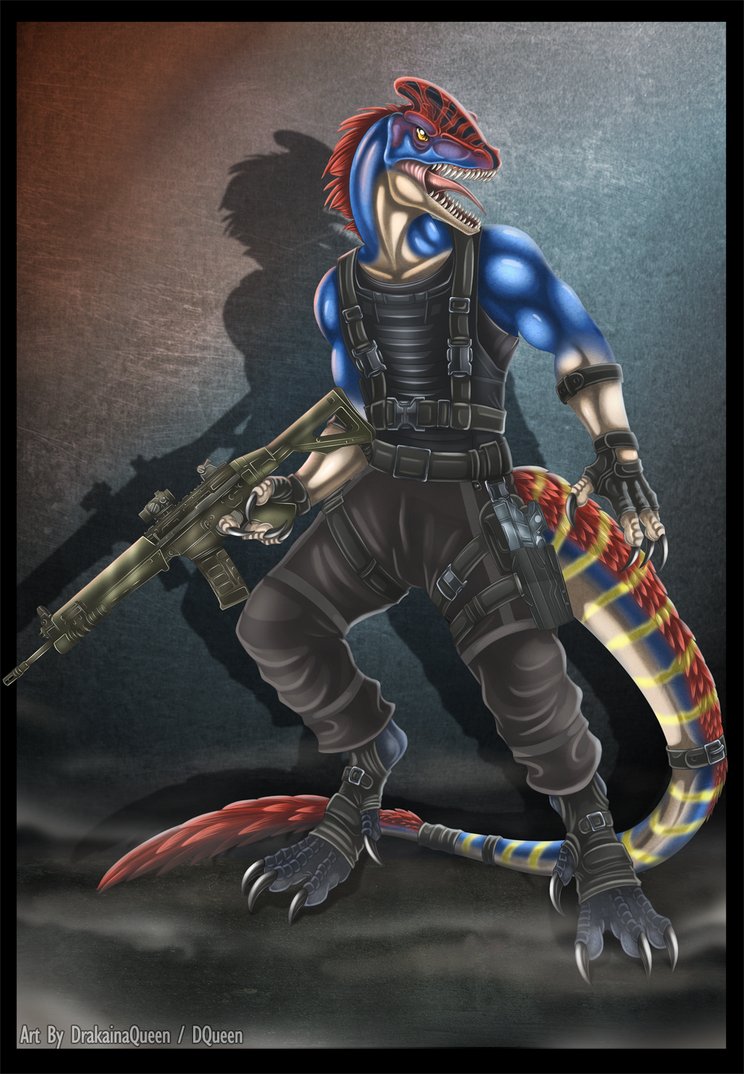