"I only acted as I had trained. I did not succeed because I woke up that morning thinking I would have to save lives. I succeeded because I had prepared everyday for 15 years in case I ever had to." -Paddy O'Cahan, Chusett Firefighter

Paddy O'Cahan was orphaned in Chusett as a baby; left at the foot of a fire station in the night in 1902. He was found by the then fire chief Connor O'Cahan, who adopted the baby with his wife, Mary, as their fourth child. Paddy was educated in public school, where he was often bullied for looking different than his parents. Shortly after, Paddy earned a reputation for fighting and received a suspension. During this time, Paddy was forced by his father to read one book a day during his time out of school. Paddy himself has attributed this time to have been the moment he understood the importance of education.   After returning to school almost a month later, Paddy was again met with teasing. Instead of fighting, he chose to keep his head down and stay focused on his schoolwork. While walking home after a day of bullying, he crossed Caffrey Bridge and noticed a few classmates playing by the river. One boy fell in and was quickly swept by the river's strong fall current. As the boy screamed out that he couldn't swim, Paddy dove off the bridge ahead of him. Paddy swam the boy and himself to shore, saving his life. The boy's name was Karasu Kohei. 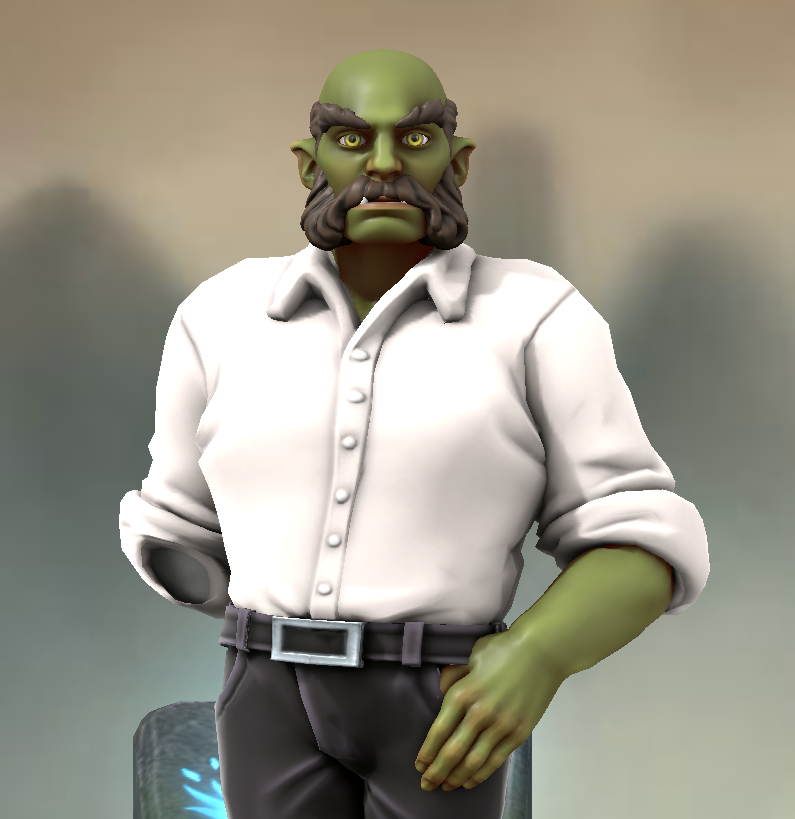 Upon graduating from secondary school, Paddy sought to further his education outside of Chusett. He left for the capital, Felshi, where he would study civil engineering. His family couldn't afford to send him to university with Paddy being the fourth child, so Paddy worked part-time while he studied. He was able to house with an old family friend while he searched for a job and new place. Paddy started working as a janitor for a civil office, but found work as a laborer for the railway companies several months later. Despite his long days, Paddy's grades never dropped. He finished his degree in 1924 and returned to Chusett.

Return to Chusett and Civil Work

Upon returning to his birth town, Paddy quickly secured a job with Brief Construction as an engineer at the docks helping to design expansion projects and rebuilds. He helped design and construct the "Chusett Gateway", the largest pier along the waterfront designed for the large passenger ships which were being introduced at the time. His successes kept piling and he eventually was promoted to lead engineer at the company and continued to lead projects throughout Chusett. He worked with Brief Construction until 1931 when he decided to retire from engineering and enlisted as a firefighter.

Firefighting and the Chusett Sentinel Fire

Paddy joined the Chusett Fire Station in late 1931 and reunited with his old friend, Kohei, who had been a firefighter himself for three years already. The duo would prove themselves reliable, saving lives and property countless times over the next fifteen years. But in 1947, following an increase in civil unrest, the Chusett Sentinel office burst into flames following after a firebomb was thrown through their window. Paddy and Kohei were two of the first on scene, immediately acting to ensure the building was clear. Their worst fear was true, finding that the entrances had been engulfed in fire trapping nearly two dozen people inside. As other firefighters were rushing to douse the nearby buildings and help suppress the fire, Paddy and Kohei broke through a wall in order to make an escape. The two quickly and carefully escorted the workers outside, including two badly burned and one with a broken leg.   Paddy and Kohei ran back inside the building to check for any other people, confirmed there was no one else, and prepared to leave. As they made their retreat, flames had eaten away at a support for the roof and a large burning beam collapsed landing on both of the firefighters. Paddy's arm became pinned and Kohei's leg was stuck. They struggled against the weight of the wooden beam and Paddy was eventually able to free himself, but his arm was severely broken. Kohei, realizing there was little time, told Paddy to leave him. Paddy refused. Instead he utilized a large hot pipe to lever the beam of Kohei, freeing his friend but badly burning his remaining working hand. The two stumbled out their makeshift exit and into the arms of emergency medical personnel just moments before the building collapsed.   Paddy's right arm was horrifically broken; the bones had been completely shattered beyond repair and the majority of his tendons had been torn. The doctors opted to amputate at the shoulder. His left hand was burned deep in the muscle, and while he eventually regained most his motor functionality, he lost all sensitivity. Losing his arm didn't stop Paddy from continuing to serve as following recovery he returned to the fire station, although in limited capacity.   Following the events of the fire, then mayor Killian Keane, awarded Paddy with the Mayor's Cross, the highest honor he could provide. Paddy was hailed by the Chusett Sentinel as "a hero of which no amount of gratitude or service could ever suffice".
Chusett
All work (including art, designs, names, etc.) are created by ZogMadDog (Harry Hartzog) unless otherwise stated.

I love him. I'm so happy he didn't leave Kohei, even though it meant he himself got more injured. What an amazing guy. <3

Another hero that gave me chills. Wonderful.