Before time was recorded and the seas were more tempest than benign, there was a man, Lucas, who lived by the sea. From the time that he was a small boy, he loved to spend time in and on the sea. When he grew old enough for his rite of passage, he took a small sailing vessel and set out across the sea. While on this adventure, he came across a young women who was in distress. He helped the young women, fell in love with her for she was the embodiment of the seas he loved.   Now, this young woman was Mar, Goddess of the Wilderness and Seas. She had watch the young boy turn into a young man. She had watch him fall in love with her seas. She put herself in his path to see what he would do. His generous heart touch her soul, but she could not stay with him. So, she made him a compass that would always guide him to where he wanted to go.   Lucas returned home with the compass, utilizing it to find the best fishing spots, trade routes, and in times of rough storms, the compass would guide him home. At the turn of every season, the compass would light up and Lucas would know that Mar was once again within reach. He would leave at once to visit with her.   Jed, God of Darkness and Poison was jealous of his sister, Mar. He didn't like that she had such love and devotion in her life. He hid in waiting during one of their visits. When Lucas left, he followed him until he was in the middle of the sea with no land for miles. Jed capsized Lucas' boat and drowned him. This caused a war between Mar & Jed, which has led to simmering hatred between their followers even to this day. The Compass of Mar was lost at sea and hasn't been seen since. 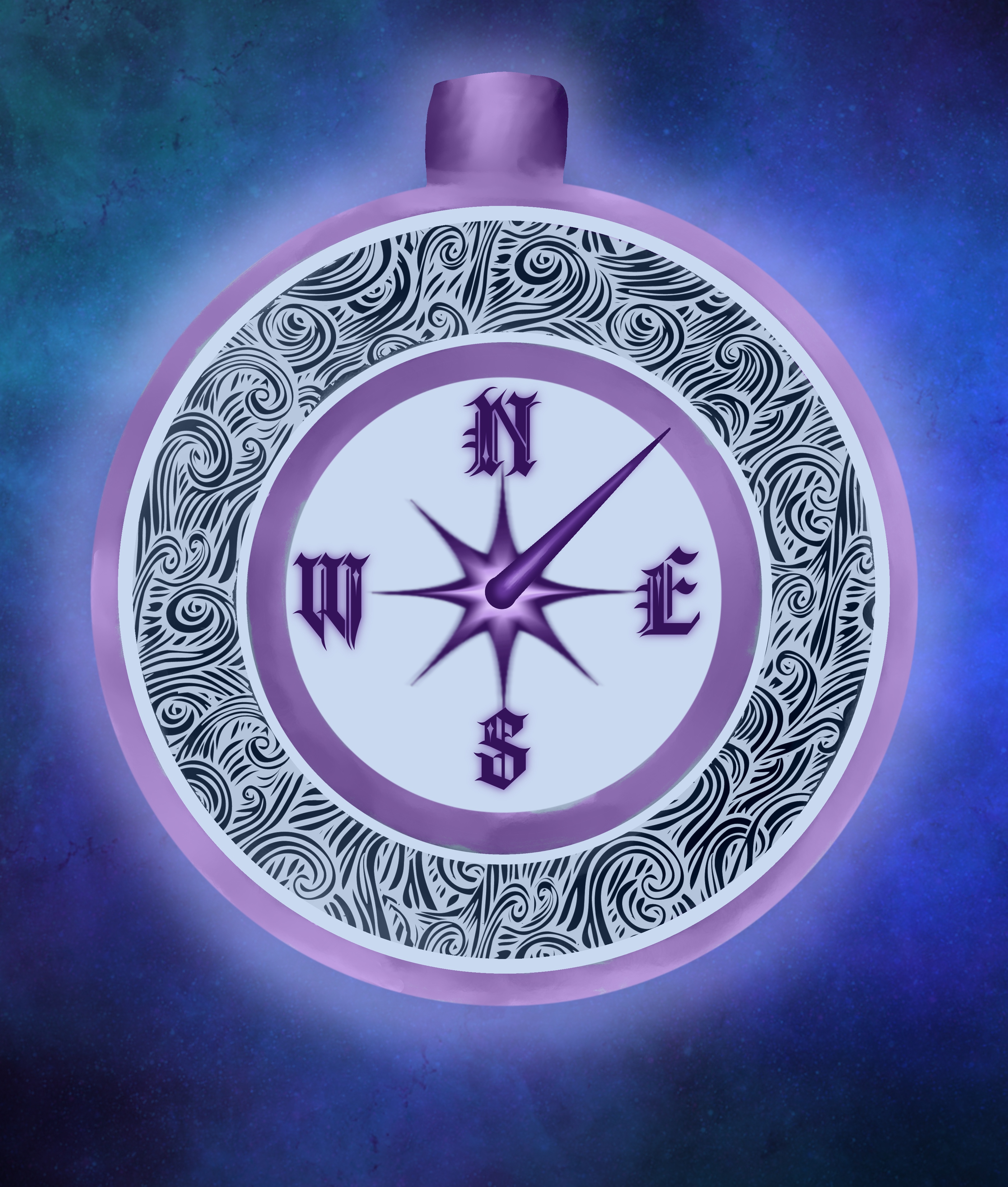 The Compass of Mar by Kat Sanders

While using this amulet, you will never get lost. Stand still, close your eyes, and think of where you need to be. The compass will light up and start to pull you in the direction you need to go. When you open your eyes, you will continue to feel the pull until you are no longer holding the compass. It is said that if the amulet ever lights up with out you focusing on where you want to go, Mar, Goddess of the Wilderness and Seas wants a word with you.