It was years before Imperian leadership acknowledged Eztareia Gizapletar as an actual, single person, rather than a myth created out of a collection of feats performed by many.
- Imperian treatise on the Gallic satellites
Even the Imperian kids on Aquitania learn about Eztareia Gizapletar. Maybe especially we learn about her, to remind us what the Aquitani are capable of, and more than willing to do.
- Helvia Terrasidia Aquitania

The chieftan of the Gizapletarris upon arrival of the Imperian Fleet to Aquitania, Eztareia was such a powerhouse of resistance against them that the Imperia felt it necessary to level her hometown in an attempt to intimidate her into compliance. She used her knowledge of truo hunting to trap Imperian legionnaires for the creatures, and engaged in various acts of piracy and sabotage that would eventually lead to Imperian withdrawal from Aquitania's surface for several years.

Origins and the War of the Teeth

Born in the eastern barrier islands in Manliu, Eztareia was the youngest of six children but quickly established that she wouldn't be needing her older siblings' help growing up. Fiercely independent even for an Aquitani, little Eztareia would vanish for days at a time and reemerge having hunted creatures in the waters around Manliu. She would invite herself to village meetings and learned about leadership by observing these meetings.   Eztareia's childhood was punctuated by the War of the Teeth and the skirmishes that emerged from it. When she was twenty-five years old, she assumed the mantle of leadership for the Gizapletarris, and at age thirty fought Procteuxsse Lavreplesthar and escaped from a truo with her. 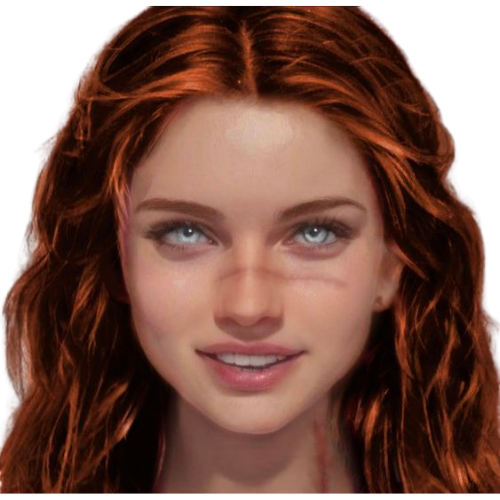 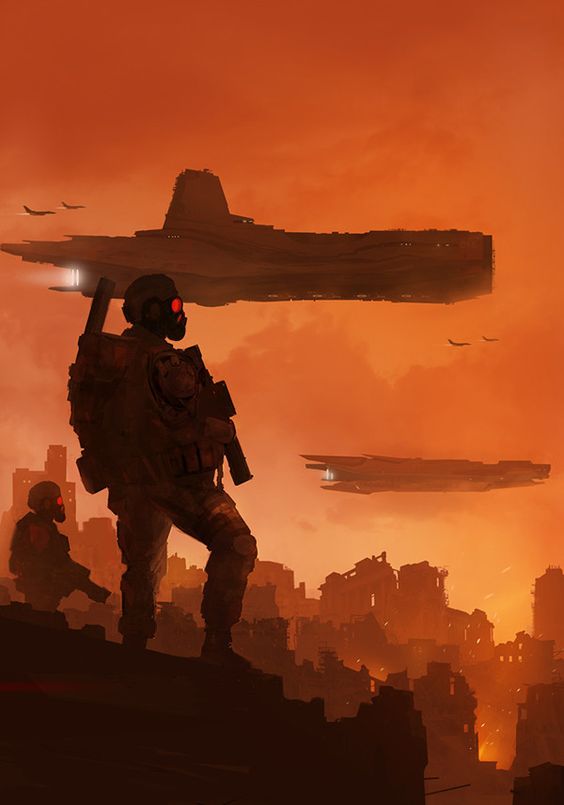 Colonial Marines by Vlado Krizan
After the War of the Teeth ended, Eztareia and Procteuxsse worked on the alliance between their people, but they had mere months to do so before a gigantic Legion descended from the sky. The Gizapletarris and Lavreplethsarris led the attacks against the Imperia; at first outright warfare, they soon turned to sabotaging supply lines and stealing equipment. Once the Imperia acknowledged that Eztareia was a single, factual entity, rather than a folkloric figure who encompassed several people's resistance efforts, the Legatus Legionis made contact and attempted peaceful negotiation.   Eztareia made it clear to the Legatus that the only acceptable outcome was that the Imperia would withdraw from Aquitania. She did not honor the Legatus's requested ceasefire, and the man barely escaped the slaughter with his life intact. Eztareia cut off three of his fingers before he was able to get away from her, and she wore the cleaned finger bones on a necklace with his name carved into the largest one.

I would die fighting, brethren, rather than live shackled.
— Eztareia Gizapletar

Eztareia's stark unwillingness to negotiate led the Legatus to shelling Manliu in an attempt to curb Eztareia's violence. While the shelling was successful in wiping Manliu off the map, the Lavreplestharris of Bialiu took in the Gizapletar survivors, and Eztareia's attacks on the Imperia increased in viciousness and frequency. Almost every other Aquitani clan joined Eztareia's efforts to drive the Imperia off Aquitania, and such was their aggression that the Imperian forces withdrew into distant orbit around the planet. They remained there for months before Eztareia assembled a fleet of ships, and they took to the outer atmosphere and would sink incoming ships carrying supplies and more legionnaires.   The Legatus once again asked Eztareia for a negotiation, which she declined to attend. Her last transmission was to Procteuxsse and Bieuxsose, and six hours after it was sent, Eztareia's second-in-command arrived to her quarters on their ship and found them empty. Eztareia was never seen again.

The fingerless one asked for peace again. I told him there would be no peace found here, and they should return to the star they were born of. He has yet to reply, but I know his actions will be violence once again. Creatures like him cannot tolerate the word "no." Truly, I prefer the simplicity of the krøtruo.   My darlings, I'll return to the sea with his eyes in my hands, or not at all.
— Eztareia's last transmission

Generic article | Nov 27, 2022
Ethnicity
Aquitani
Birthplace
Manliu
Place of Death
unknown
Family
Gizapletarris
Children
Family
Eztareia stayed close with her siblings and even employed several of them as generals under her. Two of them were killed in the shelling of Manliu, one other was killed by a legionnaire in battle, and the final two survived and continued resisting the Imperia even after Eztareia vanished.
Romance
Eztareia and Procteuxsse engaged in a romantic relationship after they ended the War of the Teeth, and their scheduled wedding was postponed permanently by the Imperia's arrival. They had one daughter, Bieuxsose, who was four years old when Eztareia disappeared, and who continued her mother's legacy of piracy.
Saint Myth
Eztareia's supernatural ability to take down the more technologically advanced Legion forces, and her apparent control of the monstrous krøtruo, led many to claim she was imbued with the essence of a Saint. The Saint Cycle at the time was already claimed by Saint Isdia, but Eztareia's supporters refused to acknowledge Isdia's legitimacy and said Eztareia was imbued with the Saint who would a hundred years later be identified within Saint Basta of Raetia.   Relevant Articles

Answering: "a great leader of their people"
Visit Esspii's Competition Page Check all other answers to this prompt Competition Homepage

I did a lot of work learning how to edit the CSS of this site to make it look how I wanted! Here's my CSS Test World and explanations of what codes mean what.
© 2022 by Sofiya Pasternack
Article template
Character
World
Imperia Triplica
Category
Characters in Peoples
Author
Esspii
Publication Date
25 Feb, 2022
Creation Date
25 Feb, 2022
Last Update Date
10 Dec, 2022
Visibility
Public
Views
112
Favorites
Comments
1
Work In Progress
Tags
Aquitani Marinasta 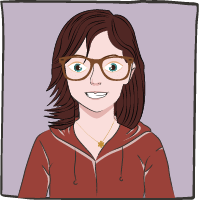 Hey! Sorry for the late reply. I'd love for you to read this aloud on your Twitch channel, if it's not too late for that. ^_^ I'm really happy you liked my entry!

You're thankfully not too late yet. I appreciate the response and the permission! <3 Have a blessed one!