The Minotaur are a hardy race of bull-like people native to the Rengen islands off the coast of Auster.   The Minotaur have lived on the islands of Rengen for thousands of years. They live in family clans,  sometimes led by a King, but usually the clans exist in a pseudo state of constant civil war to decide who the next King will be.    Sometimes a King is chosen by vote, or decided in a series of physical competitions known as "Brishucraeg" The Cragbreaker Games. Often times though, these events devolve into the usual wars and skirmishes until one clan emerges victorious to rule the Minotaur until their leaders eventual death and the process starts again.   The  only thing Minotaur seem to agree on is their hatred for the Ammolisians. The Ammolisians have, for centuries, attempted to integrate the Minotaur clans into The Empire. Some attempts have been more successful than others but many of the clans see being bossed around by a foreign power to be unacceptable. 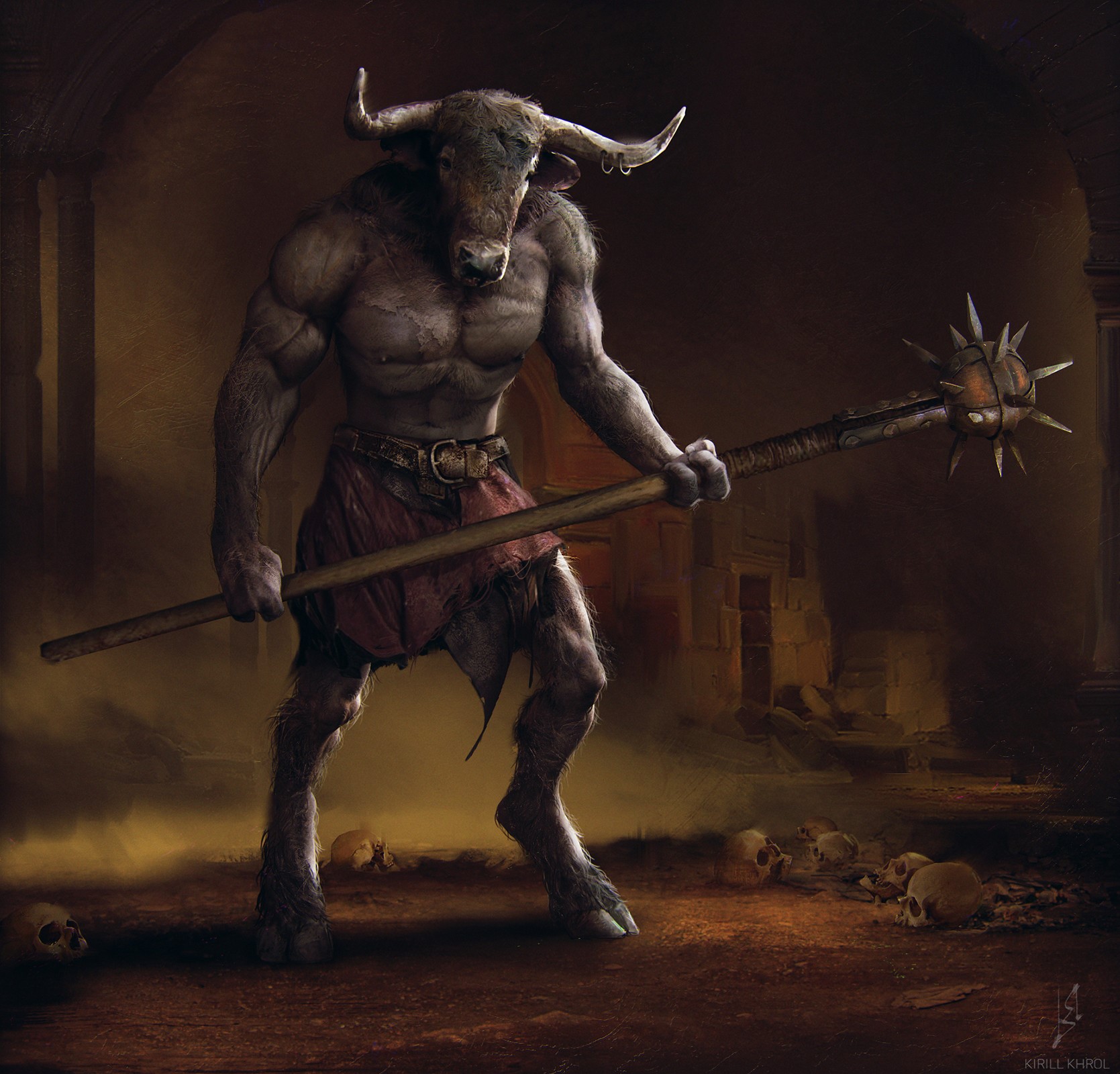 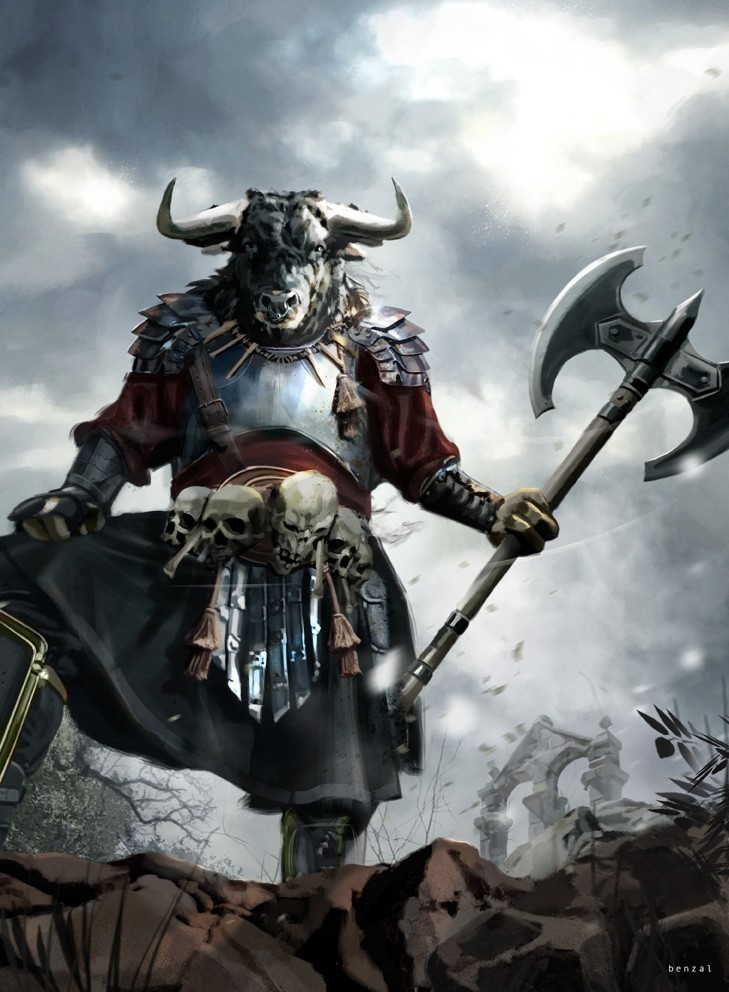