The Aarakocra of Imarith are one of the widest spread species in the world. They are believed to originate from the mountains and forests of prehistoric Oredor.    Since then they have used their unique ability of being the only known flying peoples in Imarith to branch out and now Aarakocra can be found on every continent in Imarith.   Explorers at heart Aarakocra spend little time in one place. Ancient maps show that Aarakocra were the first species to ever map every continent in Imarith. Since then many of the great explorers of The Empire, assisting not just in scouting for new territory to expand, but also as invaluable scouts for the military.     They do not typically stay in groups larger than a dozen or so members, but mated pairs have been known to bond for life.    They can spend up to 18 hours a day in constant flight, which is impressive given their large size. Aarakocra are also known for their astounding eyesight, fishing skill, and weaving abilities. An adult Aarakocra can assemble a nest from forest materials in just under an hour.    Being one of the oldest races in Imarith Aarakocra have evolved in many unique ways. They are some of the most unique and diverse looking species in Imarith. 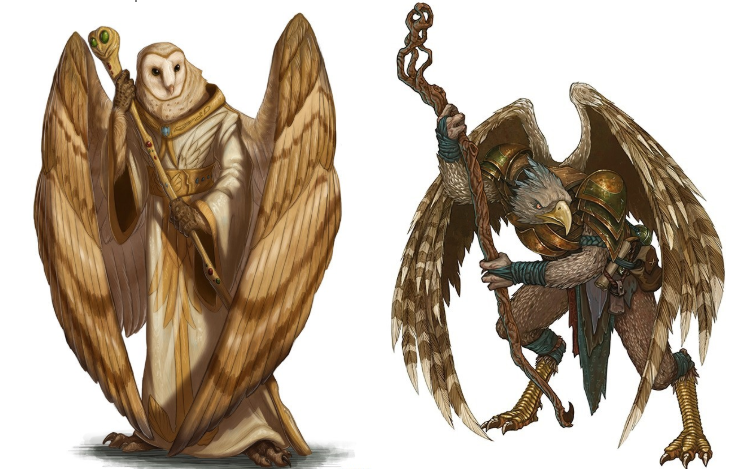