The elves were the first civilized race to be born from the arza. They built mighty empires in the forests of that world, but during the Age of Settlers the proud elven race lost most of their lands to the younger races and the elven kingdoms declined as many of the great forests disappeared. The elven mages of Terria were the first to discover the twin world of Ianna and when their age came to an end, many elves chose to go to that world. On Ianna the elves founded the kingdom of Elangon, which still exists today. The few elves that stayed behind on Terria made their home in the Azureglade, clinging to their crumbling past.
Play an elf if you want…
Languages: Common, Elven
Favored Regions: Azureglade, Braxris, Elangon, Mag Mell
Favored Religions: Demari, Ionia, Leticia and the elements of Air and Water
Female Names: Agwenn, Dae, Ilshea, Miwyrr, Saleya, Vira
Male Names: Arhtor, Elduin, Kellian, Nythan, Ronan, Vasthil
Appearance: Elves are tall, have a slender build and walk with an unearthly grace, but they also have a fragile physique. Their face is long and delicately built and they have long pointed ears.
As children of the fey, their heritage can be seen in their eyes and hair, which come in a multitude of vibrant colors. Members of the elven race often have pale or fair skin.

Old Wounds: Some elven still hold the human responsible to the decline of their empire. Elves with this trait receive a +1 bonus on attack rolls against human subtypes by still trying to keep the human out the old homes. This racial trait replaces elven magic. 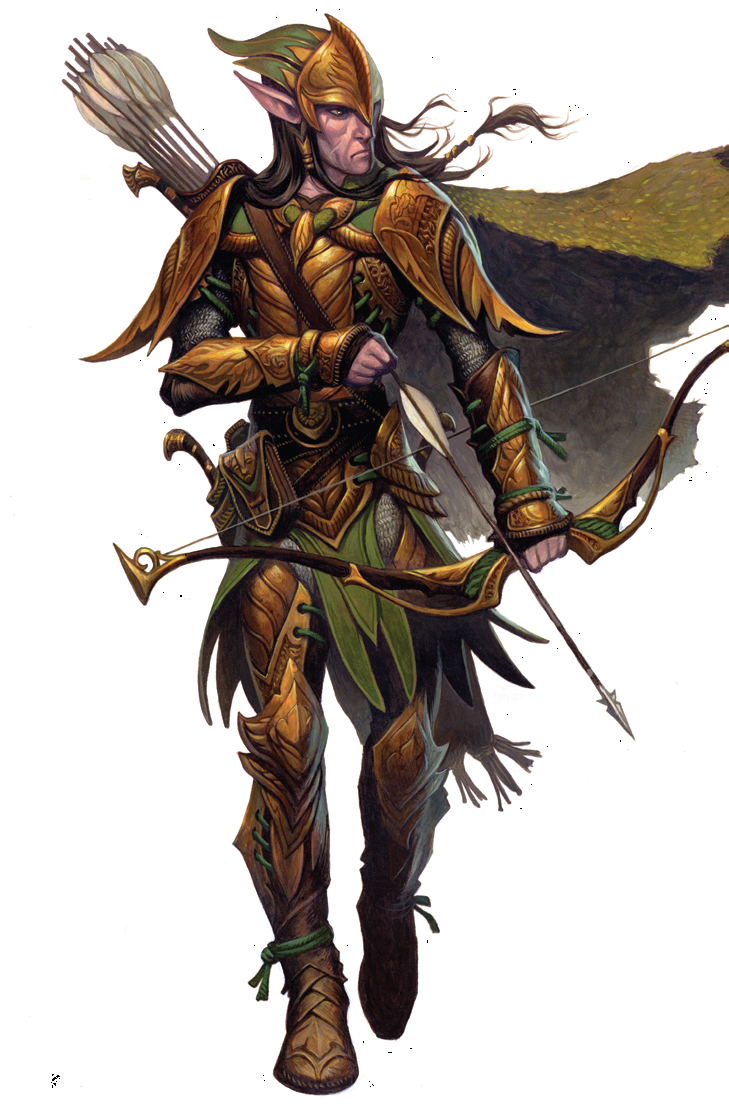 Tweet
Join Imarand: The Twin Worlds Discord!
(c) Martijn Donker 2019 All these adventures, source materials online for free to use, without any commercial intent and refer back to me the original writer of the pages. Hope you and friends enjoy these materials that I have posted here. Some part of the setting make use of the Paizo Inc. Community Use Policy.
Cover image: World Anvil Banner - Imarand: The Twin Worlds by Martijn Donker