The rain fell over FR-4 as a blanket. His Commanding Officer handed him a pistol, closing his metal fingers around it. He began to shake, barely able to look AR-1 in the eyes.   "Soldiers have no time for pets," AR-1 said. She turned, walking back to the rest of their unit. "You may choose to live with them, but they will never accept us; never accept you."   The longest seconds in history pass before the steel man commits the mistake of looking at the handgun.   Without a thought, FR-4 gripped the weapon properly: inspecting its firing mechanism, cylinder, barrel, and frame before priming it. He was rigid as the metal composing him; once again controlled by the artificial instinct to kill and kill efficiently.   But then it spoke.   "FR?" it said in the warbling little noise their kind called voices, nearly swallowed by the crashing downpour.   FR-4 turned to face the thing he hid from the others these past few months. Even with the rain, he could tell it wept. If he could, he'd do the same.   When it saw him take aim, its eyes grew with the horror of realization. The thing started to say something, softly at first, but quickly growing into screams; they often became agitated at this part. It spoke of watching the stars, singing in the ruins, and many more little moments the two shared.   FR-4 considered his options for a solid eighteen seconds. And then he fired.   The thing slumped into the mud.   FR-4 looked into his weapon's cylinder and removed its sole casing.   In the distance, AR-1 gestured for H-6 to take his sights off their teammate.

(Some Rain Must Fall) 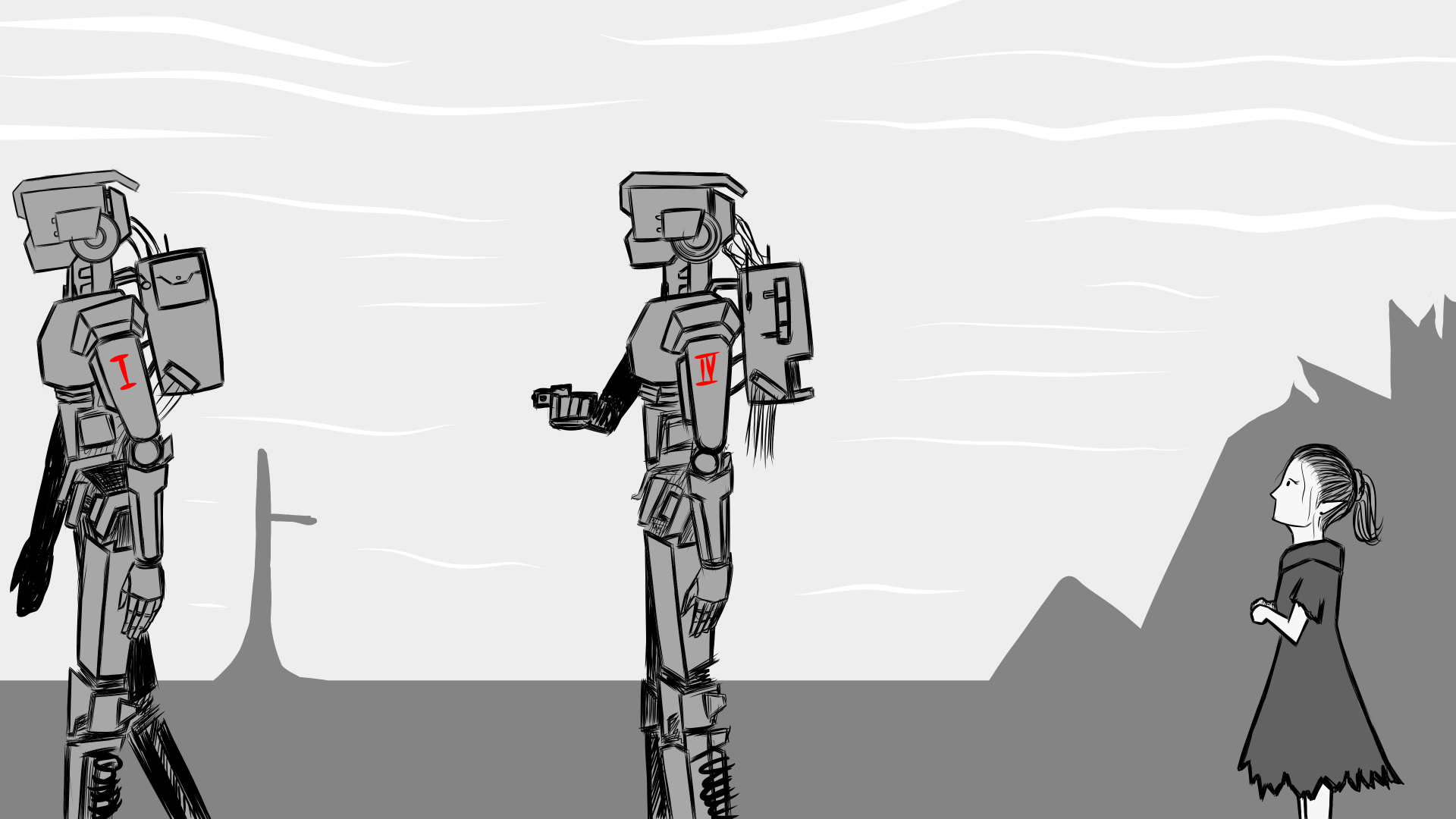 Namesake/Leitmotif: "Into Each Life Some Rain Must Fall" by The Inkspots (Featuring Ella Fitzgerald)

Hey gang. Well, here's the first bit of Ikwento. I know it isn't much, but I feel this is a step in the right direction as to what exactly I want to do with my creative endeavors. As always, I appreciate you taking the time to give my work a glance and am welcome to any sort of criticisms you may have. I look forward to giving y'all some more tiny stories.

Such a heartbreaking story. I love how you managed to fill so much emotion in such a small piece. Poor FR-4, I hope he won't regret his decision.   Keep up the good work!

Thank you very much, SP. I don't know if I'll ever revisit FR-4, but it'll definitely be after this point.

Thank you, Robert; I'm happy you felt something when reading the article I tricked you into viewing.