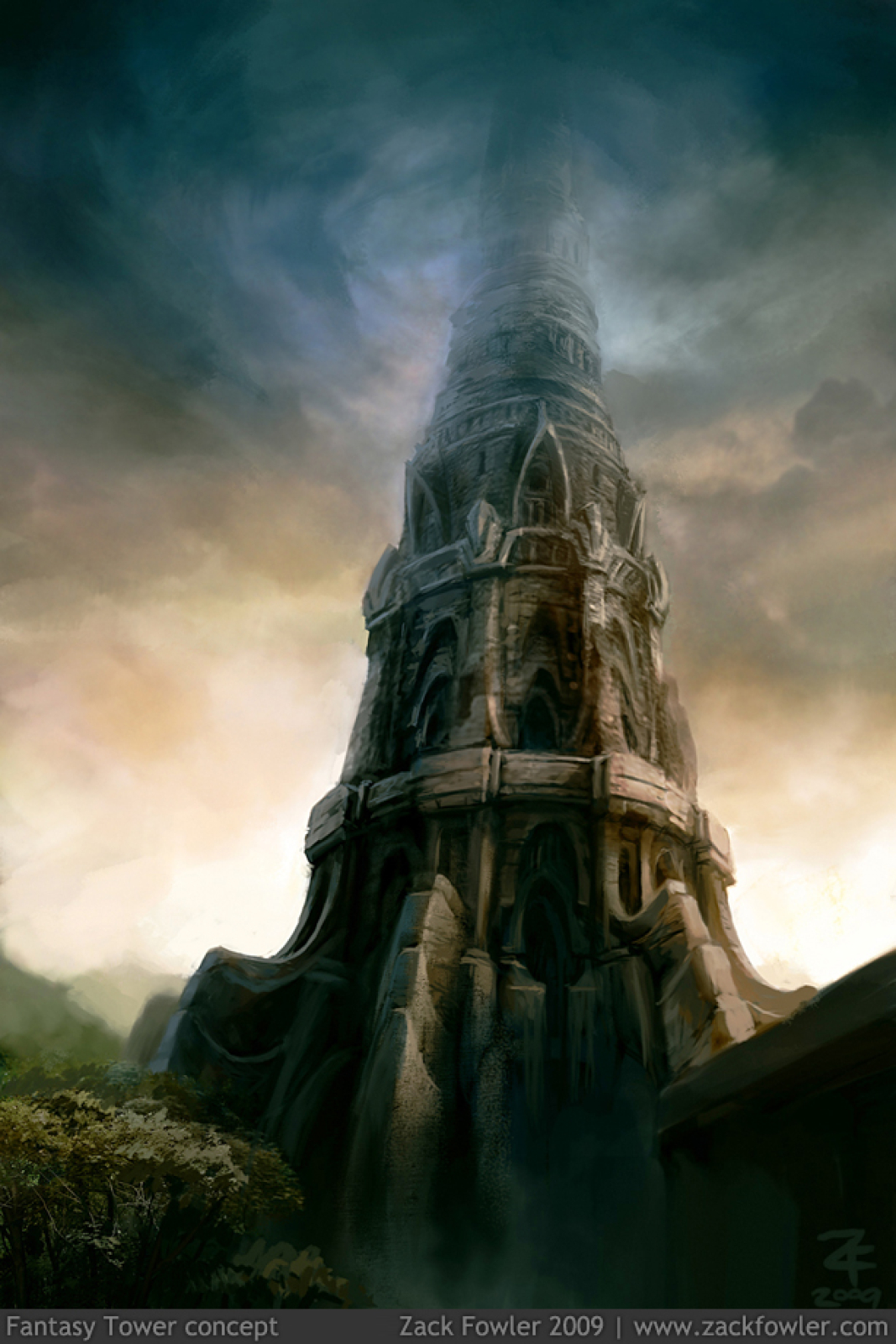 "When one peers into the Far Beyond, they gaze upon the truth of reality. This truth grants insight into the very nature of space and the mind itself. If one can hold themselves together through the experience they can come out on the other side with new masters and power unseen before."

The citadel is the primary government building for the country of Troforsia. It fulfils the roles of parliamentary building, a maximum security prison, a judicial court, as well as the home of many of the upper echelon governmental figures and research and laboratory wings.

The Citadel appears as a fixed height no matter the distance within the capital city of Lutaroki and the surrounding area. Whether one is right at the base or thirty miles away the perception of the Citadel's height does not change. The citadel is largely circular though it is many times larger on the interior than it is on the exterior due to dimensional and spatial magics.

When one enters the primary entrance they are greeted with the smell of parchment, ink, and the faint smells of incense that oft cling to mages, and the clamorous din of an active if not highly chaotic governmental process going on. With various entities flying above their heads delivering messages between departments. As one moves upward in the tower the chaos of governance gives way to a quieter area of experimentation and study giving a much more library feel to it all while the smells shift to sulfurous, incense, and all other materials used in spells, the exact nature of such largely depending on the department (segregated by spell school).

The Citadel holds not only the denizens of the government but also a host of extraplanar and constructed entities. Devils of various ranks can be found working as lawyers and executors of contracts, going over everything making sure there are no unintended loopholes or spelling errors. Elementals can be found regulating the environment (fire elementals acting as heating, water for cooling) as well as serving in more mundane tasks (air elementals being used as messengers and earth to repair damage). Most messengers are lower level entities, imps, quasits, mephits, and homunculi are among the most common.

Most of the valuables are stored in the higher portion of the tower as they consist of magical items created and studied, improvements made on spells, new spells entirely and entities for research along with large stashes of valuable spell components

The Citadel has a myriad of defences that it can employ from extraplanar entities usually relegated to utilitarian tasks swapping to military manoeuvres, the number of constructs such as pseudo-elementals and helmed horrors. Additionally, the gargoyles mentioned elsewhere are used in as the first line of defence Many extraplanar rooms that are normally inaccessible will release dangerous aberrations to drive off attackers if the need is dire enough. The tower itself can seal off portions using walls of force in case an area is taken or needs to be otherwise sealed. The design of the town and layout of the buildings in relation to the tower create powerful magical glyphs capable of surrounding the bottom two-thirds of the tower (the bits accessible by conventional warfare even accounting for magical enhancements as the top third tends to reside above cloudline and is difficult to reach). in the event of a catastrophic failure to defend the citadel, there is a protocol to purge the connection holding the demiplanes to the prime material, shunting them off into the astral (or in the case of the more secret and dangerous ones, the Far Realms) which includes the majority of the top third of the Citadel. This prevents people from accessing the most important parts of the Citadel except for those who have knowledge of their location in the Astral (or Far Realm).

As the citadel exists on a thin spot between the Prime Material and the Far Realm space tends to be warped. Due to this traversing distances in the tower can sometimes be quicker or more lengthy than one would expect as space expands and contracts. One advantage of this is multiple rooms are able to me demi-planarly layered over each other and the mage must simply choose which room he wishes to exist in and interact with at the time of his entrance, moving rooms is often as easy as simply willing it. There are a few areas where this property does not function, most notably the maximum security prisons in the dungeon (which are also covered by an anti-magic field). Additionally, the tower has a dampening field that prevents easy use of Enchantment magic (as it is illegal in Troforsia) without the use of a special "key" (only held by the Council of the Nine and the Elder Council, the knowledge of such a key is kept secret). This is used to prevent people from magically influencing government officials.

The citadel has changed radically over the ages. What started off as a comparatively simple tower used primarily for research has grown and expanded with multiple wings added on over the years to the point that the tower has become the now monumental spire that stretches up into the sky as the building took on more and more jobs as the country of Torforsia developed. Additionally using the weird distortion in space due to the proximity to the Far Realms, demiplanes have been interlaced with physical rooms allowing ease from stepping from one to the other.

While the Citadel has grown and expanded over time the architecture has stayed the same, as it was constructed using magic ( and magical coercion to keep a unified theme). The structure is imposing and made primarily of stone with many and gargoyles (both carvings and actual gargoyles) along the exterior walls. Bronze adornments give the citadel a dark sheen in certain lights. Anyone looking at it too long may notice the metallic adornments shifting, giving way to the face of eldritch horrors; though one would be hard pressed to examine the citadel closely due to the enchantment on it that causes the eyes to not take in details the Elder Council would prefer unobserved. At the top third of the citadel are projections that hold the rooms for laboratories, these are kept a small distance away from the main structure to lessen the potential damage caused by a catastrophic failure in spell research.

The Citadel began as a simple tower serving the function of home and research facility for a group of ambitious wizards seeking to unravel the mysteries of space and the Far Realms. They kept the nature of their research secret from the rest of the world but as they produced revelations on the nature of teleportation and dimensional magic other mages flocked to them. This was the beginning of the country Troforsia. As more mages showed up, the original wizards established a government to help control the flow of information and resources as well as keep the ever-growing number of mages in line. Eventually, the population became too large for the group of wizards to control without a larger system of governance. This was when they created the Council of Nine. They picked Nine of the most trusted mages that had begun to work beside them. These wizards divulged to them the secret nature of their research, to understand and probe the depths of the Far Realms and all the creatures and magic inside it. These Nine were chosen one from each school specialization and one who is a generalist. Once the Council of Nine was set up the original group of wizards stepped out of the central eye and became the now secret Elder Council as they continue to live through the centuries using magic. They continue the cycle of appointing a new member to the Council of Nine whenever one abdicates or dies, choosing from those they deem trustworthy with the secret nature of not only the tower but the purpose of the country as a whole, a testing ground for eldritch magic and aberrations.
Alternative Names
Parlimentary Tower, Tower to Heaven
Type
Government complex
Parent Location
Lutaroki
Owner
Council of the Nine; Elder Council (secretly)