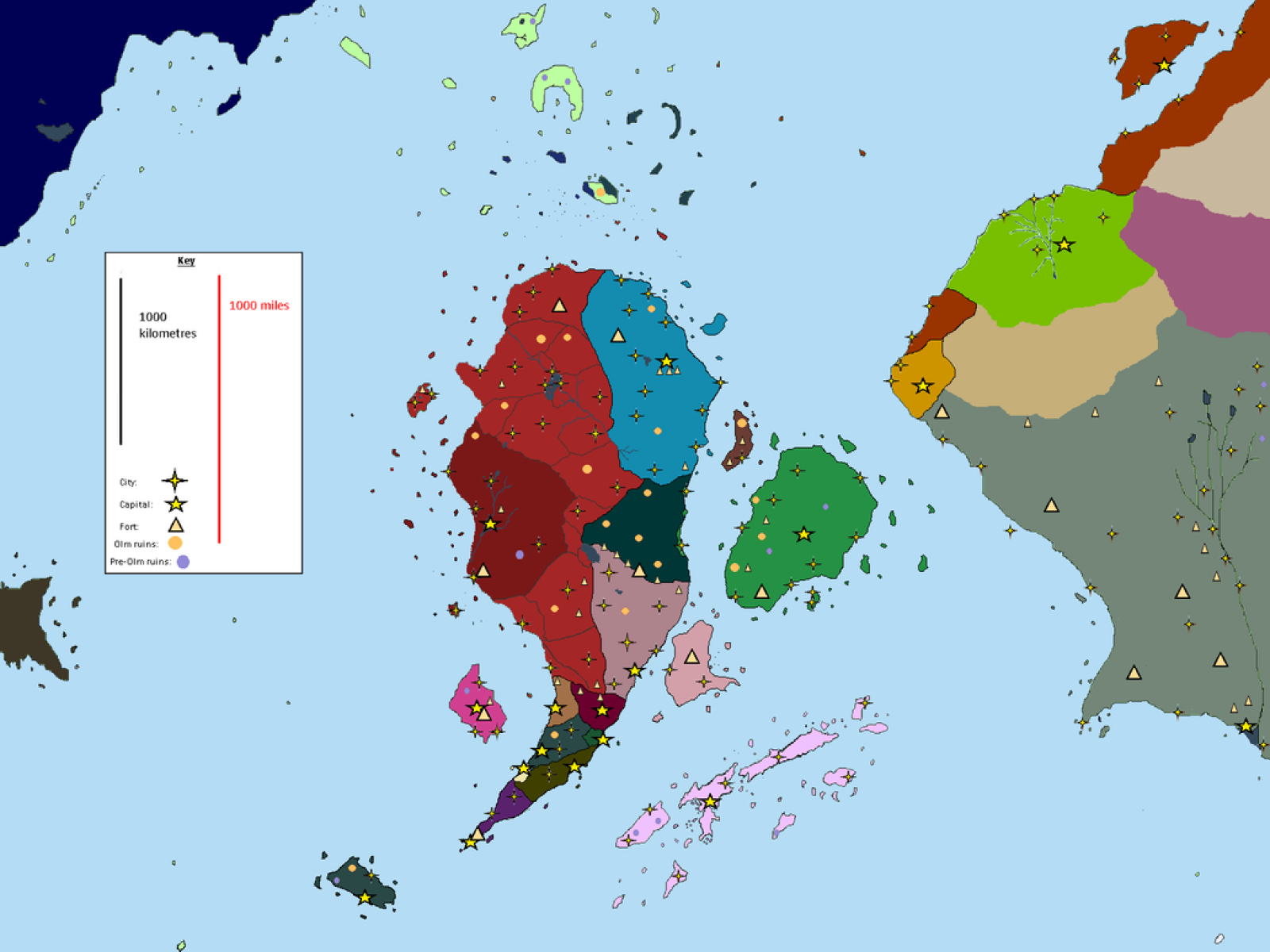 AncalagonTheBlack42
The world of the Forbidden Ones is one you could consider" Low Fantasy", for magic is rarely if ever present, but its old impacts are still to be seen in terms of the monsters that live alongside men, and while the past isn’t certain, the future is even less so. A mix of worldbuilding and storytelling, I hope this project is an interesting one for you all.   A world where magic once shaped almost everything, but after a cataclysmic war almost ended it, the gods assembled the Shield of the Realm to ensure the material world and the higher planes remained seperate. Not all are content with this however.   In a world of multiple intelligent races, what it means to be ‘human’ or its equivalent can better be asked as what it means to think, and even this is not set in stone. There are the humans, most widespread and well-rounded of the races, yet divided into many nations and tribes, unable to see their commonality. The centaurs of the east also make their home here, masters of the plains and the beast. The insectoid Vrain are the most alien of all the known races, being not individuals but colonies of millions of barely visible beings working as if one. And finally, there are the proud but reserved Yamachai, who know more about the truth of the world than they let on. There are other races of course, some known and others not, but the Isles are mainly home to these four.   The times are changing. The Phurzic Dominion is the most powerful nation in the Isles, but is surrounded by rivals to the east and the south, constantly threatening to undermine it. The greatest threat however, comes from within. In all this and beyond, several seemingly irrelevant people will have an impact that could hardly have been predicted.   Orek ‘Thunderbane’, an esteemed mercenary Captain is thrown out of his normal business into a conspiracy that could bring the entire order crashing down, and his own quest with it. Tom, a young orphan taken off the streets to fight on the Kingdom of Evergnon’s hostile borders against the barbarian Jazyart, pushes every day for his life, and yet finds compassion in the most unlikely of places. Lyra, the daughter of the Duke of Altyn and her grizzled old bodyguard, Ryxel, are made to navigate themselves in the viper’s pit that is the , meeting new friends and deadly enemies along the way. Yuka, a Yamachai scholar is forced to flee from her ancestral home as she finds that the truth about the world is more terrified than she could have imagined. Finally, Zajoura Inhula, having watched her native people destroyed by a threat long thought extinct, has to make a new life for herself, escaping demons old and new.   Together, these unlikely characters shape the world around them, and their actions will change the world forever, even that which seems inevitable. They are the Forbidden Ones.

Hyr [The Forbidden Isles] has 3 Followers