Tank engines run on fuel. The engines in turn power the batteries, which keep the core alive. A tank’s engine is usually always running, and requires a variable amount of fuel during the day to reflect the different fuel consumption of various tasks.

At the end of every day ( = every 24 hours), a tank must make a fuel check with a TN 8. The dice pool is the tank’s Fuel Capacity score. If the tank fails the check, its current Fuel Capacity score is decreased by 1. Once the score reaches 0, the tank has run out of fuel.   When a tank runs out of fuel, its engine turns off. A tank whose engine was turned off in this way starts suffering 1 point of OST damage for every 20 minutes it remains turned off. A tank that is out of fuel cannot attempt to unwind or sleep and can’t be rallied. If its OST is reduced to 1 this way, it falls unconscious.   An unconscious tank cannot act, perceive its surroundings, communicate, or move. It can still be the target of attacks, or moved by others.   An unconscious tank stays unconscious for as long as its current Fuel Capacity remains 0. Unconscious tanks cannot refuel themselves. If the current Fuel Capacity score rises above 0 again through being refuelled, the tank wakes up immediately.   At the end of every 24 hours of being unconscious, the tank’s player has to make a Buffer check. The TN for this check is 2. If the player fails the check, the tank’s core is permanently bricked and can’t be recovered. This essentially means that the tank has died.   The MM may also request a Fuel Capacity check after particularly draining tasks or fights. 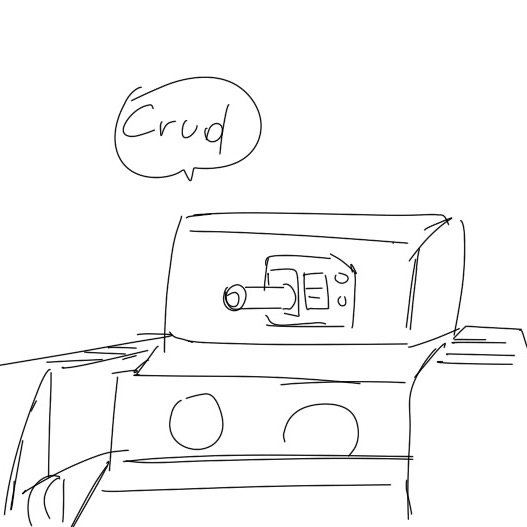 A tank can refuel itself or other tanks, if they are either willing or unconscious.   Refuelling is treated as an interaction check, even though no actual check is needed. Every refuelling action takes 10 minutes, restores 1 point of Fuel Capacity, and requires 1 unit of fuel. The fuel is consumed in the process.   A tank cannot refuel when its Fuel Capacity score is already at its maximum. 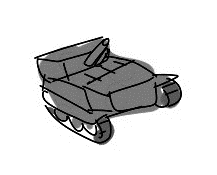 Repairing and Resting
Interaction with the Environment
Start of a Battle