Titans of the Forge

Hidden Origins    Organizations    Orders      Dimensional Powers Organization      Titans of the Forge
The Titans of the Forge is a blacksmithing and weaponsmithing company created by human brothers with an axe to grind—literally. The brothers stuck together for a long time until they had a falling out over how the forge should be run. Upon their split, the forge was passed down to the next person-in-command due to the company's contract. Currently, the forge is run by Barbarossa Nárson, an oxlian who sees the world as a forge needing its fire to be burned brighter than they currently are. The main point of the forge is to create weapons, armor, and other gear for the DPO. Each weapon, piece of armor, or gear is designed with one purpose—be as loud as possible and not afraid to explode in the enemy's face (just be careful it isn't yours)! The idea behind this is to make a point and draw as much attention to what the Kourian Dominion is doing to Leigrebath. 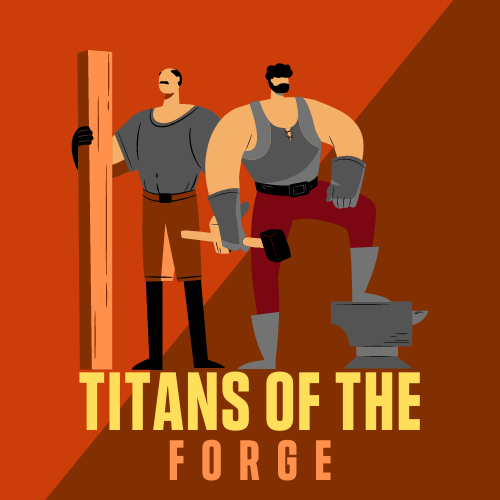