This spell uses the magic system described in Magic Rules!

Dashboard Familiar imbues a dashboard statue with a familiar spirit that assists the spellcaster while driving and protects the caster and their vehicle. The focus for the spell is any figure that can be affixed to the car's dash. Religous figures and hula dancers are popular focuses, some casters use action figures held in place with strong glue, and of course Elvismancers prefer likenesses of The King. Before casting the spell, the caster must place the figure in the car (without attaching it to the dashboard) and drive for at least 66 miles* while listening to music appropriate for a road trip. Then the caster must throroughly wash the car by hand inside and out. Once the car is clean, the caster places a drop of their own blood on the base of the figure, allowing it to mix with the adhesive that will hold the statue in place. Then they carefully attatch the statue to the dash. Starting when the blood is drawn, the caster must sing a song about roads or cars. When the song is over, the spell is complete. Popular song choices include "Highway Star" by Deep Purple, "Thunder Road" by Bruce Springsteen, and Queen's "I'm In Love With My Car." Singing a song that matches the make or model of the car--like Commander Cody's "Hot Rod Lincoln" or the Beach Boys' "409"--gives the caster a +1 bonus to their spellcasting roll.

*The distance of the first long-distance road trip and the route number of one of America's most famous highways.

The spell gives the caster a bonus to all driving rolls. This bonus benefits only to the caster and is based on the Success Degree of the ritual, as shown on the table below. The bonus is also applied to the car's Armor Rating while the spell remains in effect.

The familiar is imbued with a number of Yum Yums equal to the Success Degree of the spell. These Yum-Yums can be spent to activate any of the spell effects listed below. Except for the "psychic alarm" of the "Unstealable" effect (which always notifices the caster), these effects benefit anyone who drives the car. When activated, the caster makes a Nerve roll to determine how long the effect lasts. If the Nerve roll is successful, the effect lasts for a number of weeks equal to the roll. If the roll fails, the effect only lasts 1 hour. In addition, the caster (but not other drivers) can spend the familiar's Yum Yums normally for driving-related effects. For example, to get an additional bonus to a driving roll or to reduce damage sustained from a car crash.   Dashboard Familiar Effects

This only overtly supernatural manifestion of this spell occurs when the familiar reaches zero Yum Yums, at which point it disappears in a puff of exhaust smoke. 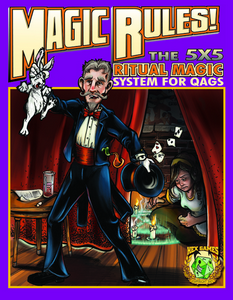