When you wander the Valley of Irreshire to the northeast side, nearby the Twilmagne Mountains, you might have spotted animals with long necks in the distance between the mountains. If so, you have been bestowed with a rare sight of the Whippopotamus.
— Tales of the Long Lost Wanderer

The northeastern region of the Valley of Irreshire is home to the Whippopotamus, also known as the Whipper. These gigantic animals wander the plains in search of vegitation to consume. While they have a very gentle nature, they are beasts not to be trifled with. They got their nickname, The Whipper, not without reason. 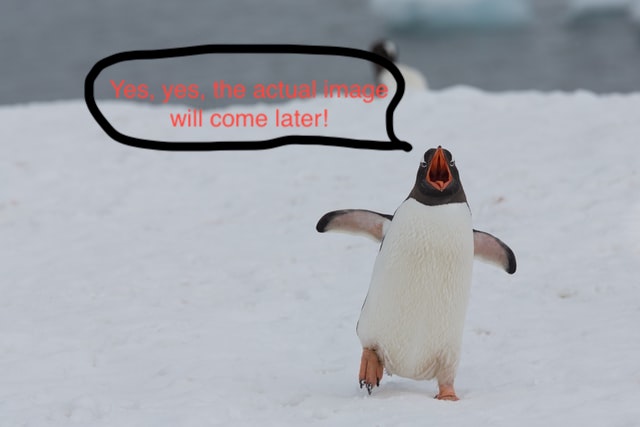 The Whippopotamus is a ginormous animal. With males standing on average at 15 meters tall and weighing up to 50 metric tonnes, they require a sturdy skeleton to support their bodies. Many of the bones are of thick calcium, able to withstand the stress of the limbs and necks while providing enough surface area for the large muscles tendons to attach to it. Still, for the size of the animal, they have surprisingly few bones. However, the ones they have, are absurdly large.   They walk around using their four limbs. They are fairly small, compared to the rest of the body and especially the neck, being at most four meters long. The limbs are attached to the main frame of the animal where the rib cage and all the vital organs reside. The withers of the Whippopotamus reach up to 7 meters above ground.   Because Whippers have long and sturdy muscles, they are slow. Therefore, in order to protect themselves, they have an immensely thick skin which is imprenetrable with common weaponry. Even when pierced through, there is a dense and deep layer of fat before even reaching a muscle.
However, the most interesting detail about the Whipper is how they fend off enemies. Growing on the chin and upper throat is facial hair. The Whippopotamus can grow themselves a beard that can become as long as they are tall. One large swoop of the neck, lets the beard fly around them. The speed and force at which the tip of the beard travels is enough to whipe large animals cold and even kill smaller ones. 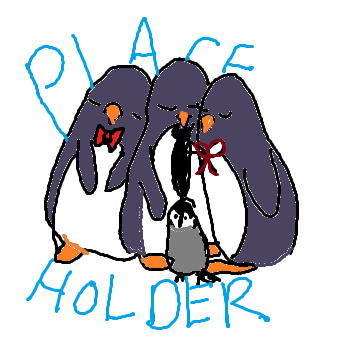 Whippopotamusses are very loyal beasts, especially to their companion. Even in their lifespan of a thousand years, they have one mate that they stay with for the entirety of their lives. However, since they live for so long, finding a mate is a tedious, but rewarding process.   Most Whippers have known their spouse for most of their lives, as they usually start out playing as children. As they grow up and mature, the dances begin. On average, a young whipper couple dances twice a year for ten years in a row. They become a permanent couple when they finally perform their binding dance. This final dance let the two whippers intertwine their necks and show their appreciation towards each other with song. The male bellows as he spirals his neck around hers. The female lays on the ground enjoying the attention of her man. After this last dance, they untangle their necks and life resumes as normal.   No one really knows how the Whippopotamus reproduces. The members of the Whipperbeard clan do not allow researchers near the animals when they are about to mate. Acoording to these members, the whippers distance themselves for this milestone and must not be disturbed while they show affection in this most intimate way.   Once a female whipper is pregnant, their appatite increases tenfold. For a period of sixteen months, a baby whippopotamus develops in the belly of the mother. After these months, the birthing period being. It is the period where the baby can be born and it lasts up to two months depending on unknown factors to this day.

Babies of the Whippopotamus are born alive. Until they reach adulthood, they are called Whippersnappers. Birthing a Whippersnapper is an intense process for the mother. However, once the little one is out in the world, everyone involved in the process sigh with relief.

A healthy Whippersnapper that entered the world moments before, weighs just over two tonnes. They have all four limbs, and a sturdy ribcage. Their necks and tails are at this point as long as their little limbs. Still, at this point, they stand two meters tall and are already three meters long.   The little ones grow quickly in their first two years, the spurt stage. Their limbs reach an average height of two meters by the end of those two years. Their necks and tails will have grown significantly and will have at the same ratio as their parents by the end of this period. To support their growth, they eat enormous amounts of food. Therefore, it comes as no surprise, that they double or even tripple in weight over the course of these years.

After the first two years, the snapper stage starts. This stage lasts roughly twenty years. During these years, the young whippersnappers continue to grow but at a much slower pace. They still eat a lot, but not as much as they do in the spurt stage. By the end of the snapper stage, the younglings will almost have reached their maximum size. The males will stand on average ten meters tall, whereas the females will be roughly eight meters. Their weight will have increased to a good 25 tonnes.

The last stage to adolescence, the maturing stage, lasts another twenty years. In these years, their primary and secondary sex characteristics will develop significantly. The males sex organs will become more prominent and visible. They will also develop their mating instinct and start looking for a loyal partner during these years. The females will learn more about motherhood from their mothers, while they develop their sexual organs. Along with the males, their instinct tells them to look for a loyal partner. During this stage, they will dance with each other.   Furthermore, the whippersnapper will reach its maximum size by the end of this stage of life. It is in this stage that the facial hair of the males begin to develop and grow.

There has been one case, where the Whippopotamus has been used by the dwarfs of the Whipperbeard clan. During a nasty war between the dwarfs and elves, the Whipperbeard clan came to the aid of their bretheren, riding the enormous animal into the battle for Dunfaern. They prepared the animals by braiding their beards and weave swords through it. The beard became a lethal weapon.   Using the Whippopotamus in battle was a last resort. While the animals didn't like the idea of battle, they were persuaded since the capital of the dwarfs was under threat. Their aid in the battle was critial as they managed to push the elves back.

The most notable facial characteristic of the Whippopotamus is, of course, the beard. These beards grow as long as the height of the animal, since they have no natural way of trimming it short.   While a long beard looks awesome, it does get in the way of life at times. It isn't the first time that a Whipper steps on their beard and pull the hairs out that way. However, it is an excellent defence mechanism to keep people and animals at a distance.   To aid the Whippopotamus, members of the Whipperbeard clan often braid the beards of the animal. Braiding one beast is quite the exercise. It takes up to ten dwarfs and multiple hours to move all the hair and create a sturdy braid. However, after going through all the trouble, the braid will sit for a good two weeks to three months, depending on the age and activities of the whipper in question.

So far, the Whippopotamus is primarily found in the meadows of the Valley of Irreshire. Seeing as they require a few tonnes of food per day, they have become a nomadic species that wanders the grasslands where the food takes them.   However, they do seem to favour the plains near the Twilmagne Mountains on the north eastern side of the valley. Chances are that they prefer this space, since most of the Whipperbeard clan live in that area. These dwarfs take meticulous care of their precious whippers, providing them with as much food as they can.

There have been some rumours that other people have spotted a Whippopotamus far outside of Dwarfish territory. So far, no one has been able to confirm these reports.

The Whipper is a highly intelligent animal. They have mastered the art of speaking and understanding emotions. It is common among dwarfs of the Whipperbeard clan to talk with them. They have taught them how to speak and how the emotions of their people work to the best of their ability. The whippers provide the dwarfs with wisdom and consult.

However, not everyone can talk with these enormous animals. They have also learned the value of trust and the sting of betrayal. Therefore, one must first earn the trust of a Whipper before they can talk with them. Dwarfs have the natural advantage, since their species also care for the animals. It is possible for outsiders to gain the trust of the Whipper and obtain the right to speak with them.   Still, there is a huge gap between talking with them and actually taming them. So far, members of the Whipperbeard clan who have proven themselves trustworthy to the Whippopotamus are the only ones capable of taming them. While they remain careful, they are more willing to listen to these members and follow their commands.

There has been talk of one person, who is not a dwarf, that has managed to gain the trust of a single Whippopotamus. Supposedly, they have build a houdah as large as a small house on the back of the animal, and a small one near the head of the beast. It is said that this whipperrider actually rides the animal, going on adventures all over the world, and using the houdah as their place to stay.   Dwarfs of the Whipperbeard clan have heard these stories. Most do not believe it, because they do not think a Whipper would ever allow themselves to be ridden like that. However, few think that there is truth in the story. They themselves have seen how compassionate and loyal a Whippopotamus can become to their favourite dwarf and carer.

To avoid a festation of parasites on their skin, the Whippopotamus has a symbiotic relation with the Munchskin. These are little mushrooms that grow on the animal so they can consume the dead skincells. Once they have consumed these cells in a small radius and there are no dead cells left, they fall off the Whipper to the ground. There, they get eaten by other small animals who gain their nutrients from the little mushroom. 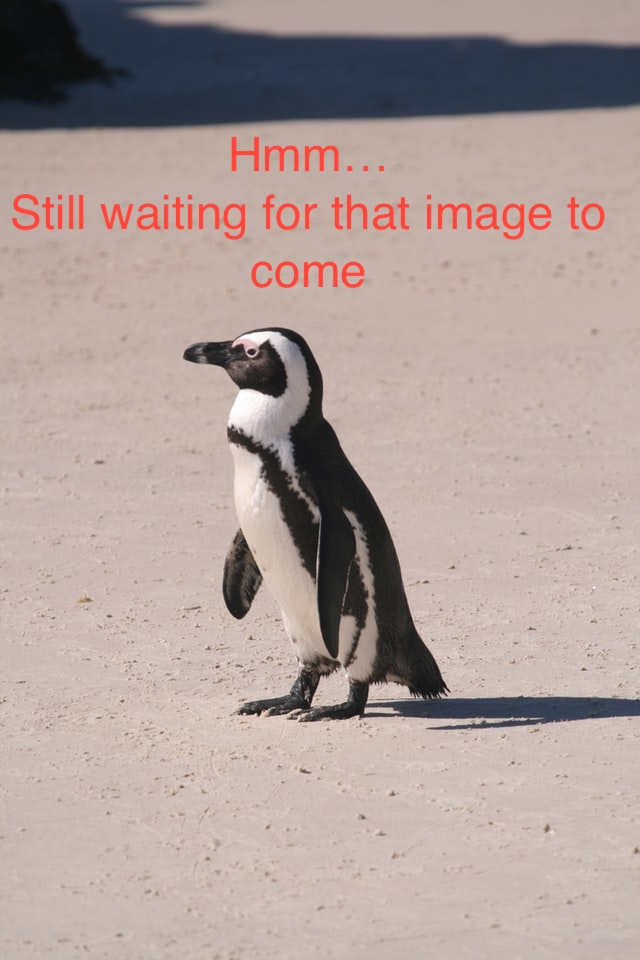 Whippersnapper, such a perfect name. I really need a visual for these creatures, they sound awe-inspiring.

Thank you! :3 I intend on creating some artwork for it sometime soon! ^^

Whippersnapper, whippopotamus, whipping enemies with a giant beard. I love them!

During this stage, they will dance with each other.

They also dance. So amazing!