Found on the peaks of the Irrena Summit and in the gardens of the Temple of the Sky, little purple mushrooms spring up in huge numbers to colour it in a sea of purple. The monks of the Pillar of the Sky adore the Shimura so much, that they have given them a special place in the religion.

In the cold winds, high in the sky, the Shimura thrive on the snowcovered rocks. For one month of the year, the snowy tops of the peaks melt slightly showing the bare rocks underneath it. When the water drips down the rocks, it loosens the roots of the Shimura attached to the boulders. The little mushrooms are swept away and dissolve in the water into spores. When the water settles down and freezes again on the sides or tops of the boulders, the spores can settle themselves again.

At first, the spores grows in the frozen puddle of water. It uses all the minerals found in the ice to fuel itself. When the group of spores have processed their way through all their available food in the frozen water, the ice has turned brittle allowing them to break out into beautiful mushrooms. The Shimura grows for a few more days after breaking out, which finalises their maturity. In this time, they can grow up to 65 millimeters tall with a 60 millimeter wide cap, making the mushroom look slightly disproportionate.

While holding onto the rocks with their roots, the Shimura feast on the bacteria and minerals found in the snow. The bacteria cause a chemical reaction, letting the mushrooms emit light. Because their pigments are purple, the pigments become biolumenescent.

Temple of the Sky

The monks of the Temple of the Sky loved the colour so much, because it represented their pillar best, that they decided to pluck the Shimura. Through a secret process, only known and performed by the high priests of the Pillar of the Sky, they turn the mushrooms into a paste. This paste is then used to dye the hair of the monks and guardians of Hrym which turns their hair biolumenescent and purple. 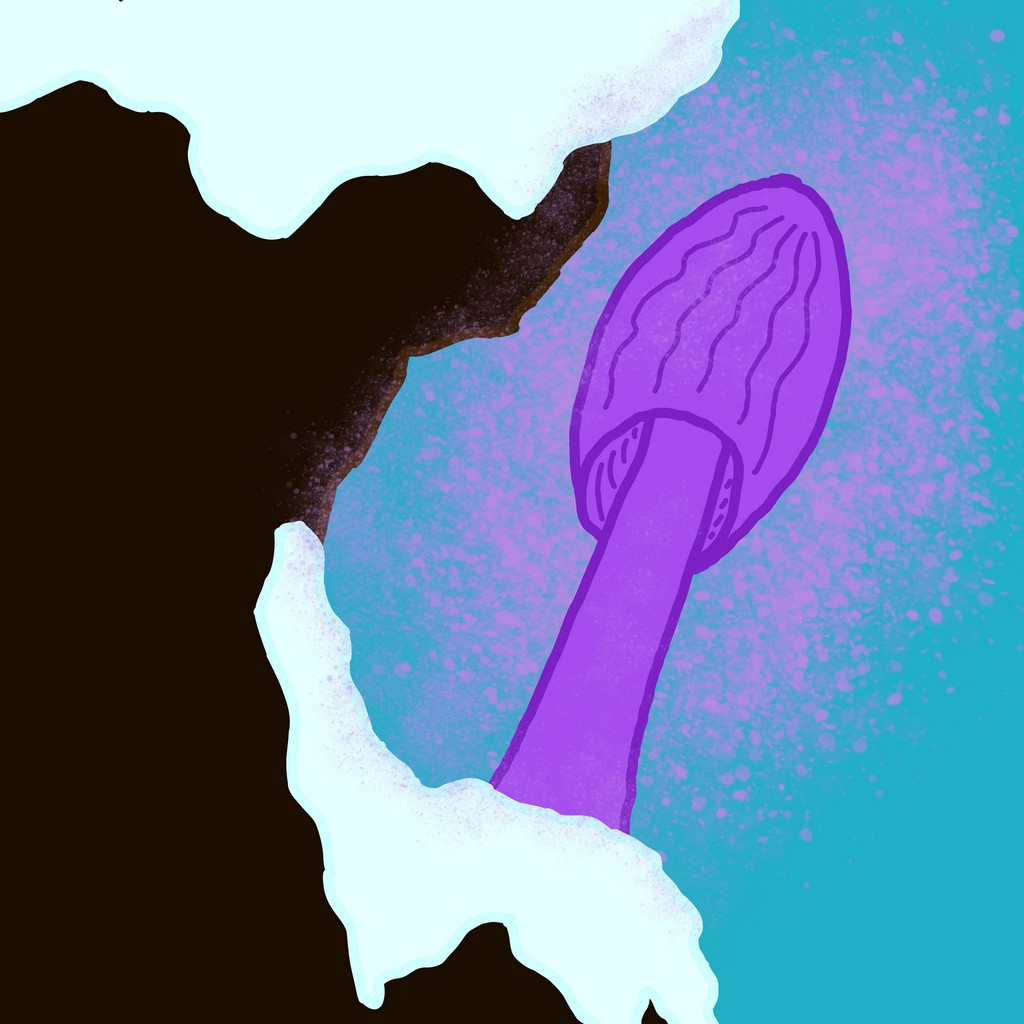 With many thanks to AmélieIS for the amazing idea of biolumenescent hair dye!

More tiny mushrooms! Using the dye in the hair is cool, the priests must look amazing! XD   I like how you describe the life cycle of he mushrooms in all of those articles, using water, rocks and ice :D

One day, when my terrible artskills have upgraded to somewhat-reasonable, I'll make a drawing of these badass looking flying dwarfs.   Thank you! ^^ I've done it with all five shroomsies. I like the cohesiveness and just the general explaining of them. I mean, we've got to know how the works work, right? :3