The Twin Rolls
Dedicated to Anor and Ithil, the twins that rule the balance between the Sun and the Moon, one of the rolls is salty and served hot while the other one is sweet and served cold, they balance each other just like the sun and the moon. The dish is common in the who continent as an indirect and constant way of praising the gods. It is impossible to but only one of the rolls, traditions say that if you made or bought only one roll, without its twin, it would break balance and make the gods angry at you.

Sun Roll:
Served Hot. The roll is made with common bread, it has shredded Byfal meat and molten cheese on the inside. It is seasoned with sea salt and common spices such as Blood Pepper and Brais .
Moon Roll:
Served Cold. The roll is made with Sponge Cake, and the inside is filled with sweetened caramel milk and Northern Cold Cream.
It is common to see people eat the rolls when seeking for mental and/or emotional balance. But it is also common to eat it on normal daily basis.
The origin of the rolls is unknown, but what most people have heard is that the twins would have cooking competitions between themselves, but the first day they decided to cook something together, they came up with the pair of rolls.

Great concept! I love the lore behind this :D 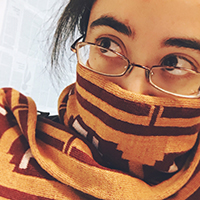 I want to eat these P_P