Southgate is the largest city in the Empire. A powerful trading hub, and an extremely rich old city its power and might runs deep. The cities location on the Island of Korvosa in a fortified bay close to the ocean has have contributed to its power and trade. Southgate is one of the eight circles of the empire, and Lord Governor Naubi rules only under King Aquilla. Various cultures and peoples can be found within the city's walls as goods move in and out of its gates. Laws are strict and forceful, but the size of the city means there is still a lot of crime.

The government of Southgate is comprised of three official branches, each with its own unique sphere of influence. In addition, Southgate's noble families exert limited power in the affairs of government.

The Lord Governorship of Southgate is a cursed one. The throne is said to be cursed, and each ruling Ariki has died without a direct heir as a result. Additionally, no monarch has yet died of natural causes. Every ruler has perished at the hands of another, either through subtle or overt methods. This curse has gone on for the last century. The current Ariki / Lord Governor is the aging Adhur-Malik. The 65 year old Lord has developed a leprous disease in the last year and might be the first Ariki to die of natural causes. His wife, the young Lady Newea, has not yet given him a heir.

The arbiters of Southgate act as judges, hearing disputes and crimes and determining punishments for those deemed guilty. They also hold the responsibility of legislative oversight over decisions made by the other branches of Southgate's government. The most well-known senior arbiter in the city is Zenobia Zenderholm, also known as the "Hanging Judge". She is justifiably feared by the criminal classes for her harsh rulings.

The Southgate Tohunga are in charge of the daily management of the city. The 23 individuals that comprise this body are primarily concerned with matters of bureaucracy, including taxation, economic oversight, and public works. Ashur-shaduni, the Tohunga of Commerce, is one of the least popular, as one of his duties is to act as the city's chief tax collector. In contrast, Shar Eli, the Tohunga of Expenditures is one of the most popular, as he responsible for spending the taxes on the city's behalf. Eteka Arono is the current Tohunga of Tourism, responsible for making the city seem as interesting and inviting to outsiders as possible. Arbella Perenne is the Tohunga of Regulation. She and her staff spend most of their time searching for the various means by which merchants and customers cheat each other.

The city of Korvosa is divided into seven official districts: East Shore, Gray, the Heights, Midland, North Point, Old Korvosa, and South Shore. The borders between these districts may be fixed (such as by water or a wall), or might exist only in the minds of the city's inhabitants.

East Shore is the only city district on the far side of the Jeggare River. It is connected to the rest of the city by High Bridge, and is home to a number of Southgate's noble families with strong ties to the military.

Gray serves as Southgate's graveyard and is where most of its dead are interred; the only living inhabitants are the priests who tend it

The Heights sit atop Citadel Hill and the cliffs of Southgate's western shoreline. It is home to the most powerful nobles in the city, including the monarch, as Castle Korvosa is located within its borders. The Acadamae, the Empires most well-respected magical college, can be found here as well. As the highest district in the city, its residents feel they can look down on the rest of Southgate, both literally and figuratively.

Midland is what most visitors think of when they speak of Southgate. Located in the southeast quadrant of the city, it is home to the majority of Southgate's merchants, shops, and financial institutions. The criminal elements who might prey on this accumulation of wealth are kept in check by the fact that both the headquarters of the Korvosan Guard and the Sable Company are located here as well.

North Point was the first part of the mainland to be settled after the city began to expand from Old Korvosa. Encompassing the northeastern quadrant of the city, it is home to many families descended from these early settlers, in addition to much of Southgate's municipal infrastructure, including City Hall, the courts, and the Bank of Abadar.

Old Korvosa, as its name implies, is the oldest, but also the poorest, most overcrowded part of the city. It encompasses all of Endrin Isle and is dominated by Garrison Hill. The shantytown of Bridgefront is located on the western part of the island.

The newest district of the city, South Shore, was only founded when Southgate was renamed and joined the empire. Located on the southwestern edge of the main city, next to the Gray District, it does not suffer from the overcrowding that plagues the rest of the city. Because of this, it is a highly sought-after residence for the city's new money elite. It is also home to the Temple of El Nadar, Southgate's imperial cathedral.

Fully 70% of the city's population is human, with the vast majority being descendants of Qebvi immigrants. Most of these consider themselves to be of Southgate, feeling no strong kinship with their cousins to the south. Other notable human ethnic groups include the semi-nomadic Zephyric sea people, which constitute about 30% of the human population, although a much higher percentage of the population can claim some Zephyric blood.

Halflings have a peculiar history in Korvosa. Sensing a chance to widen their profit margins, House Lerugu began constructing halfling-sized ships and boats and hiring halflings to run them, believing that they would take up much less room and eat less than their human counterparts, leaving more room for cargo. Their hunch turned out to be completely correct, and seeing their increased profits, the other trade houses soon followed. Today, even though halflings only make up 17% of the total population, fully half the ships owned by most of the major merchant houses are staffed by halflings.

Lizardfolk, also called iruxi amongst themselves, are the oldest inhabitants on the Island of Korvosa. Lizardfolk are cold-blooded, and cannot regulate their body temperature internally. As such, they are primarily diurnal and become sluggish during the night. This makes Southgate a wonderful place for them as the sheer number of people helps keep them moving.

Gnomes are not very common in the city of southgate, but they are far more common here than most cities in the Empire. The trade allows for Gnomes to find interesting artifacts from around the continent. Gnomes and Halflings in the city tend to have a grudge against each other, as Halflings tend to be many of the shipman, while Gnomes tend to do a lot of merchant work. 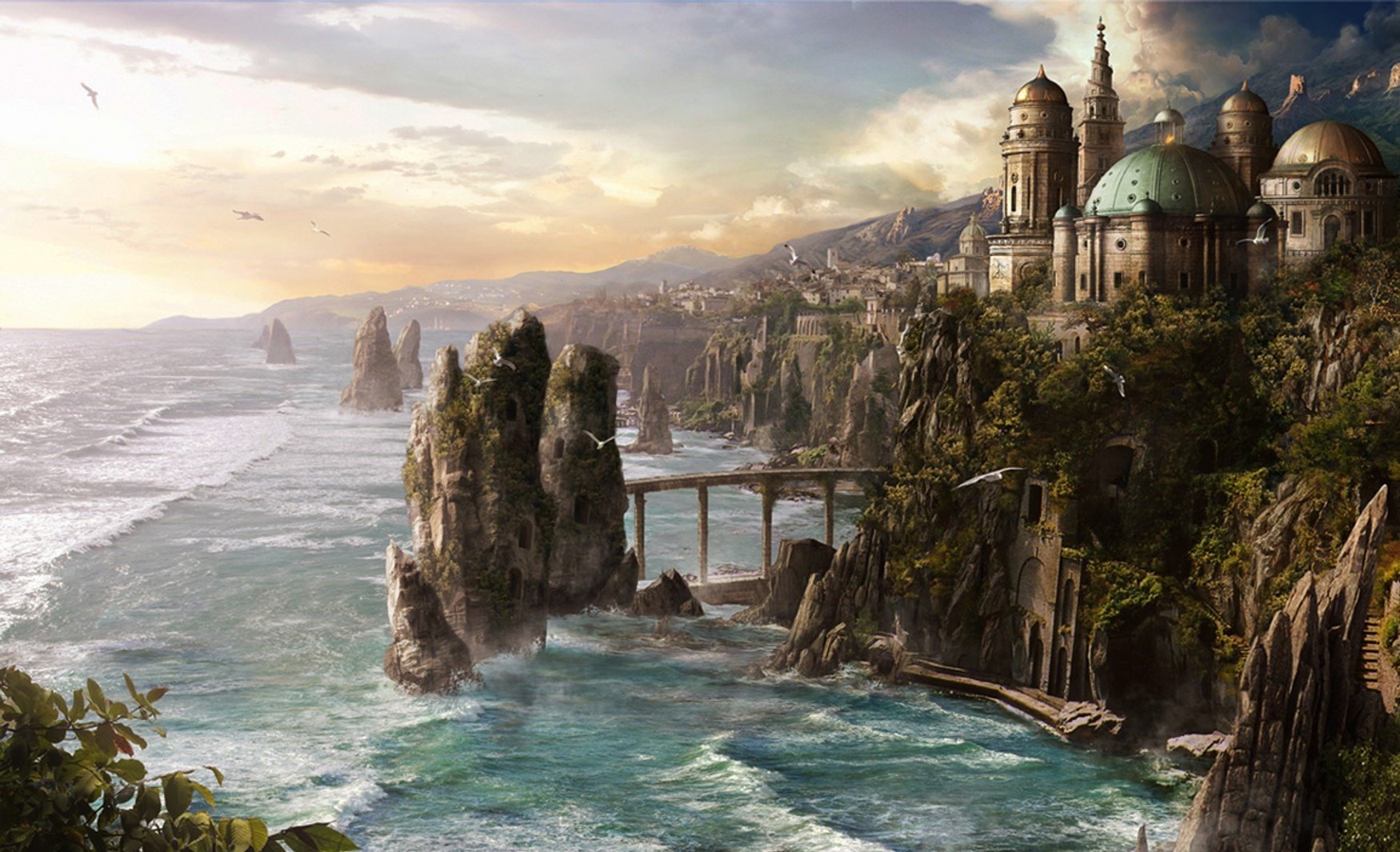 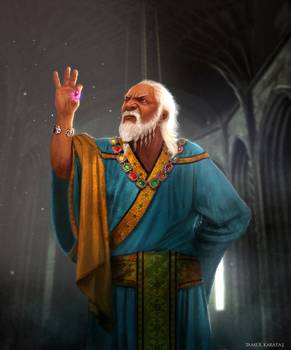 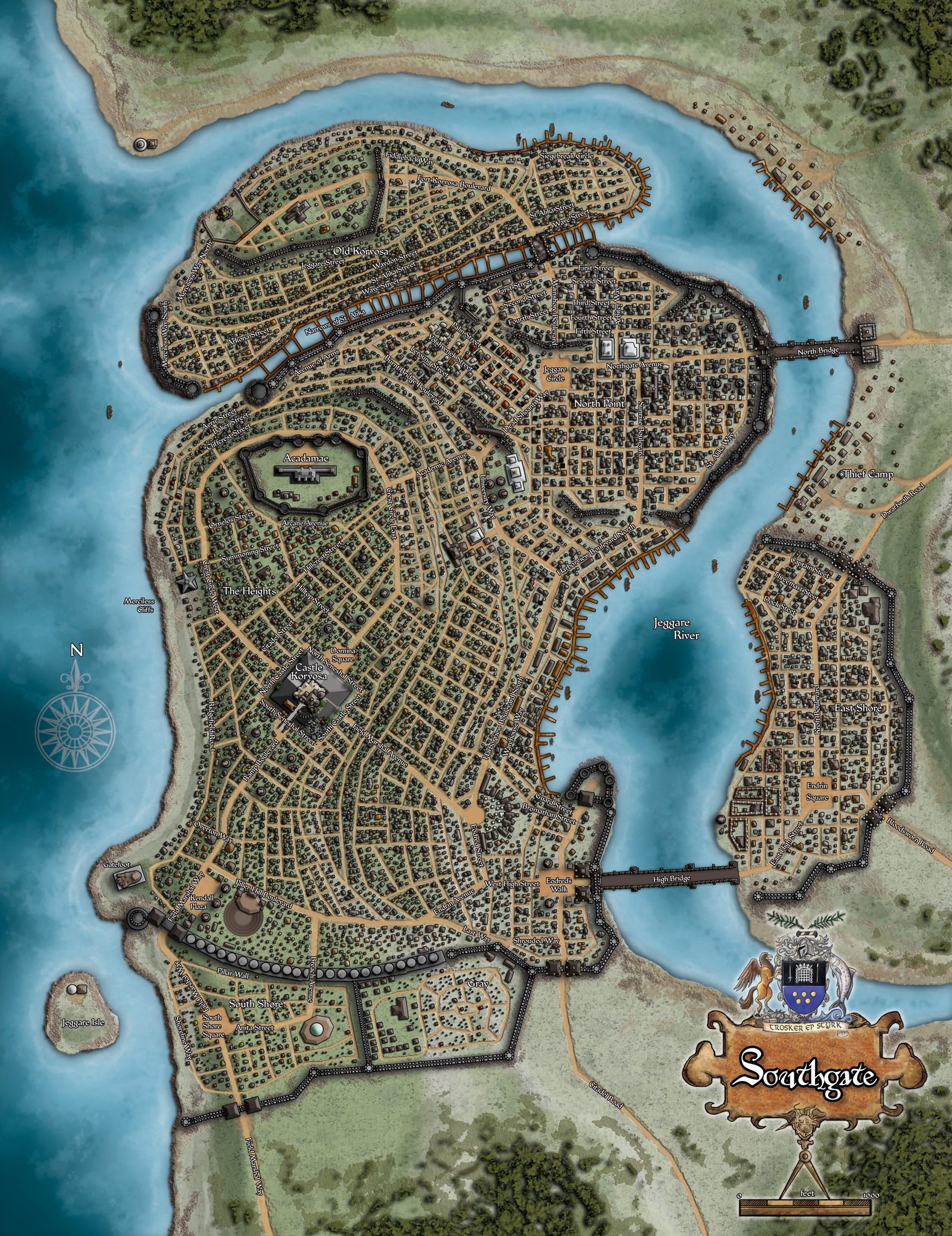 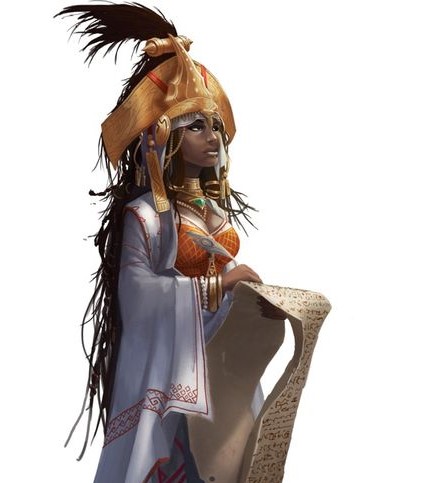 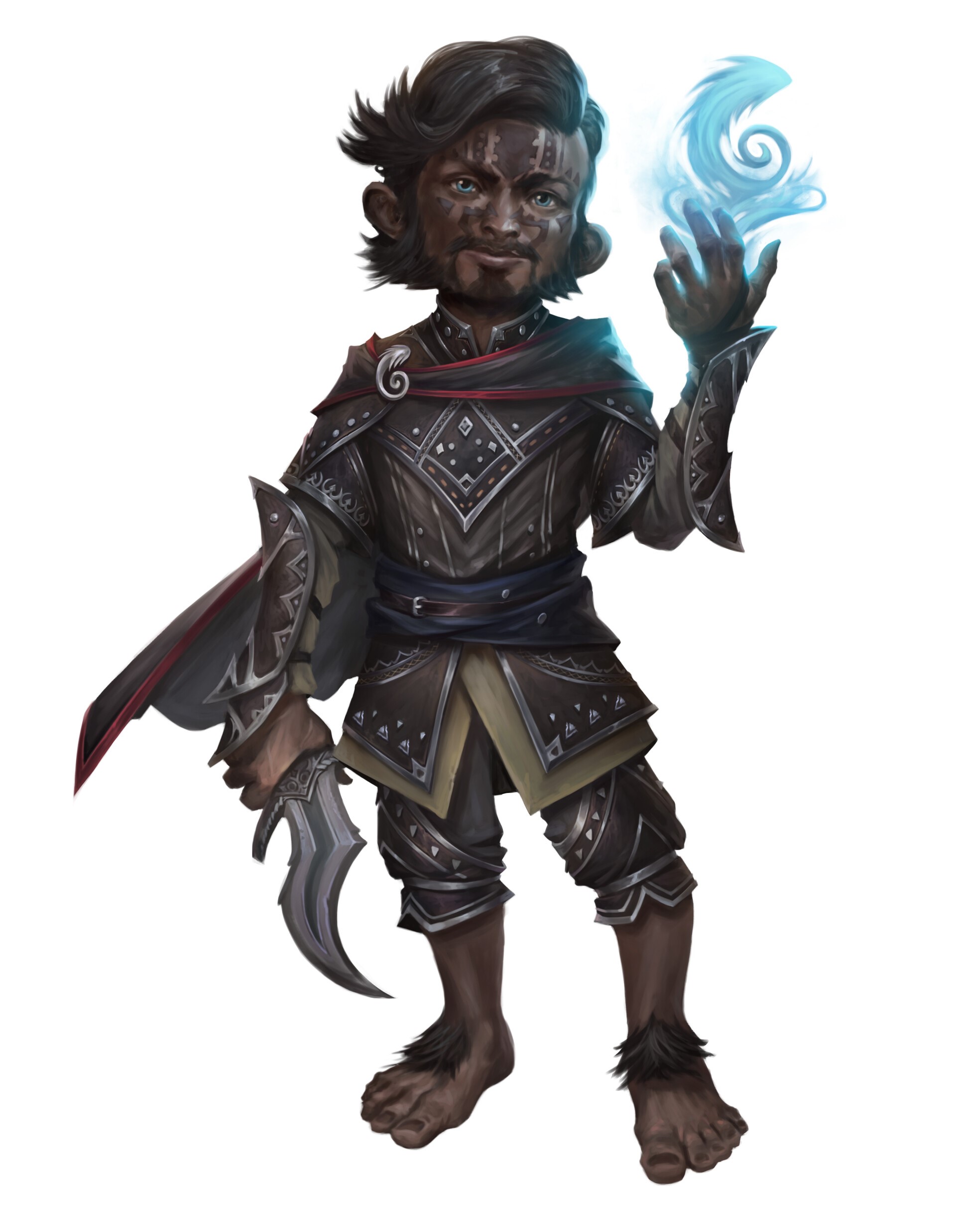 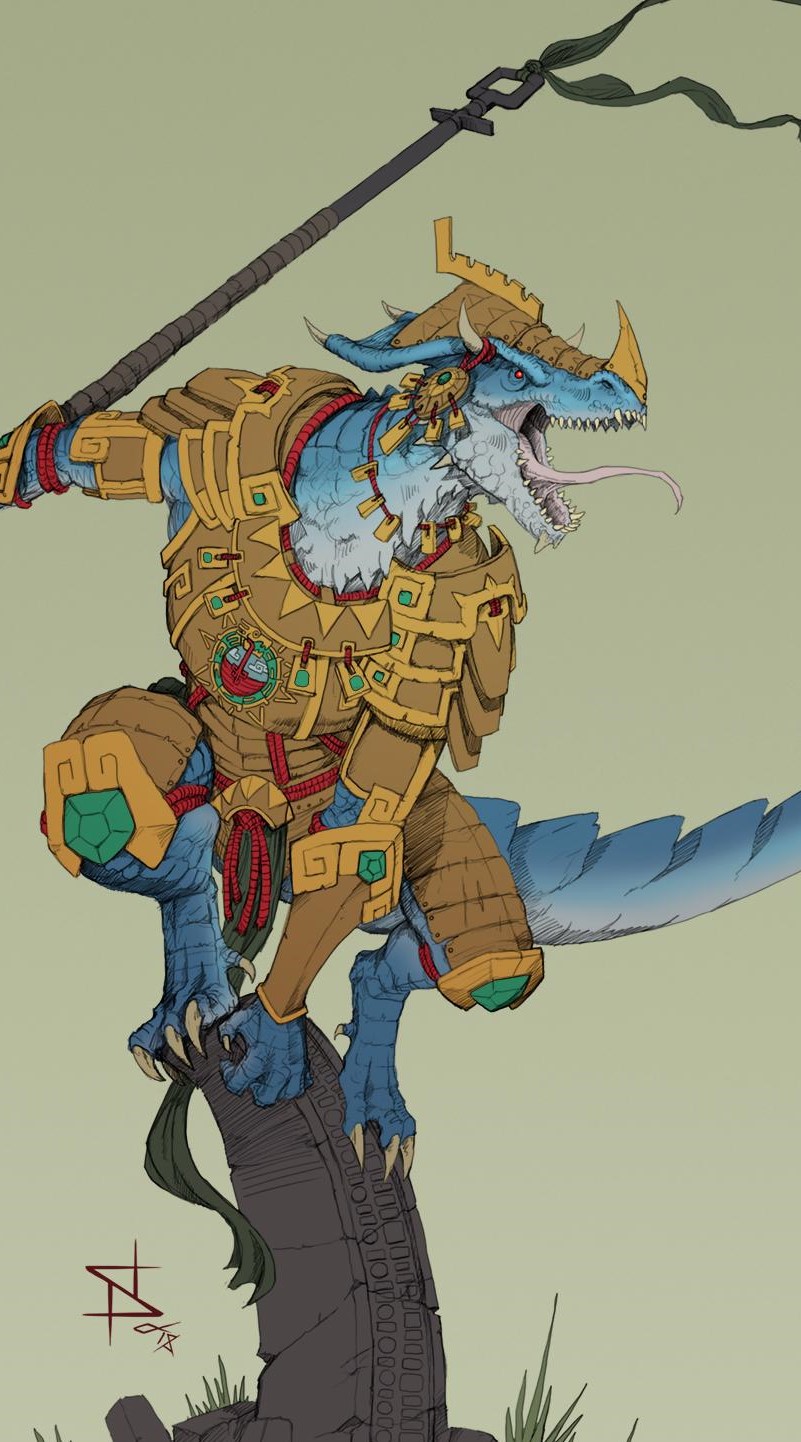 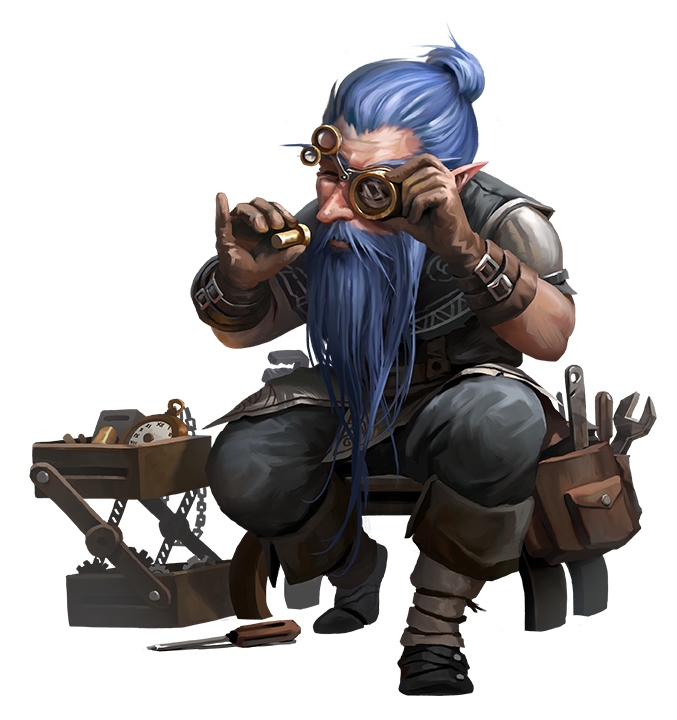