I saw him from a distance, i thought it was some full going for a swim... but his skin was so pale, and his eyes they weren't right. I ran then, because i knew. The corpse men had come...

The world of Hune is damaged. The death of gods has done more then physically distort the land. Something has tattered within the great tapestry of reality itself. The dead and their spirts may not find so easy a rest as they once had. A Myre is a symptom of such titanic shifts in the natural order. They are reborn mortals, set adrift to wash up upon the shores of Vierda, or by lakes or even small ponds. Whatever there connection is to the our world these reincarnated individuals seemed to tethered to bodies of water.   The Myre while unusual in appearance are not in fact undead. What can best be understood by the druids is that they are spirts given physical form once more. deprived of their natural course, to reach the fairer realms like most mortal souls. They instead wake in new bodies strange parodies of their former selves with but fragments of who they might have been. What all Myre do share is death. These cursed folk remember their first death in great detail, and what they say followed after, They talk of a place beyond the black, a shadowed hall, a labyrinth and a lake of stars that stare back at you. What purpose these people have and what their arrival means to realm remains to be seen. Are they our saviors? our ancestors come back from the dark to bring us hope in this heathen age? or are they yet another symbol of our failure and a herald of more ill omens to come?

The Myre look much like their original heritage, but marked by their connection with death and the other side. The effect varies wildly between each Myre but common theses include, pale, ashen and even blue skin, Bright otherworldly eyes, some missing pupils. orbs of color or the darkest blacks. others have supernatural effects like eternally damp hair or locks frozen as if underwater. Another common feature is intricate tattoos and marking found across their pallid forms. some even move as if animated by unknown magics.

While seemingly unaging, the Myre can not reproduce. They are born of death and only death are they released.

These unfortunate souls wash up on both Vierda and Arbilan. Weather they are found further across Hune is unknown.

The dark waters of death have given these shoreborn being inhanced perception, ranging from low light vision to the ablity to see in pitch darkness

Myre name themselves after they wake. Few remember enough of their past to know their form moniker. So most take new ones or are branded with one in time by the fearful. 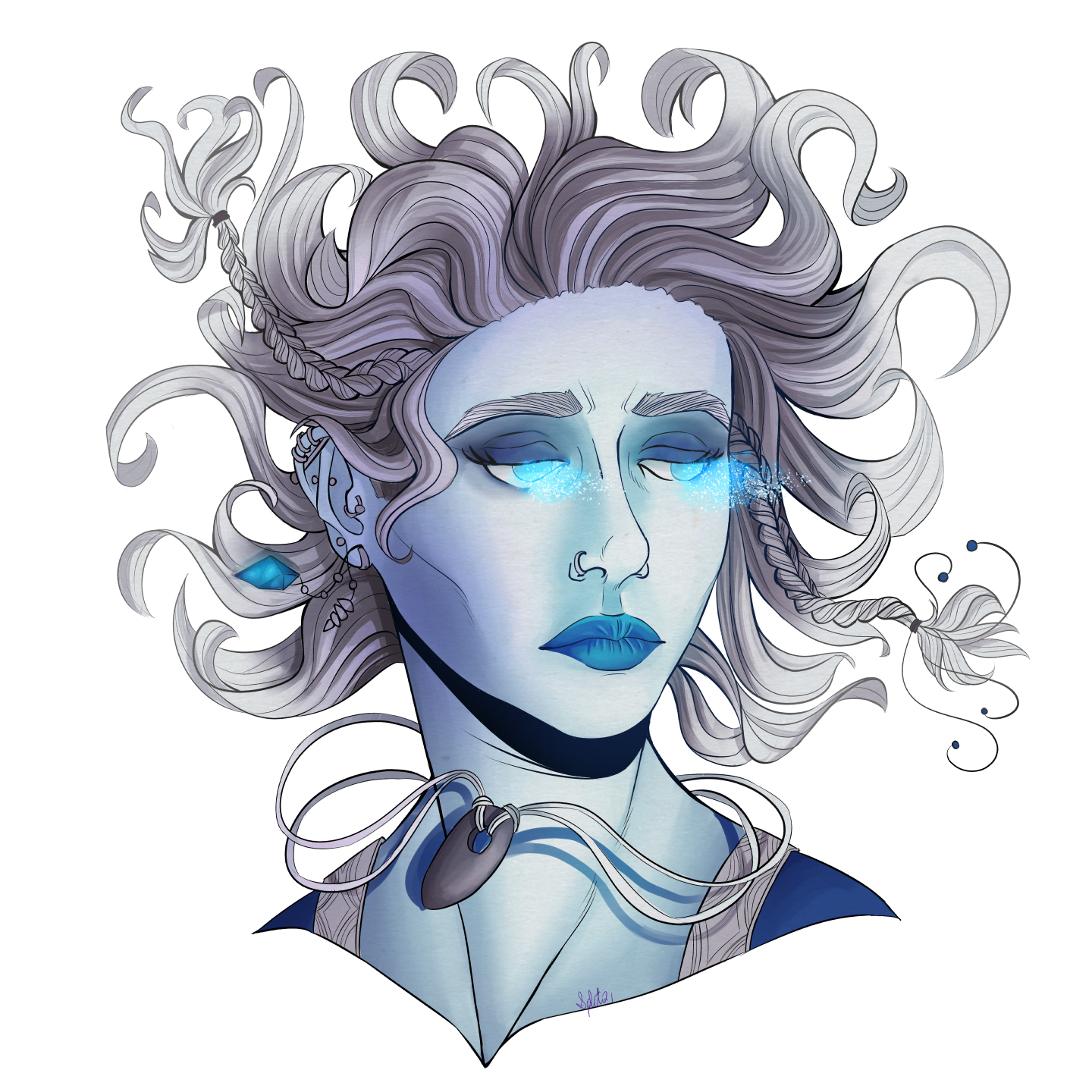 ability score increase: Increase one ability score by 2, and increase a different one by 1.
age: Unknown
alignment: Unknown
Size: Medium
speed: 30ft
Languages: You can speak, read, and write Common and one other language that you and your DM agree is appropriate for the character.
race features:
Type. Humanoid, as well as Undead   Darkvision. You can see in dim light within 60 feet of you as if it were bright light and in darkness as if it were dim light.   Ancestral Legacy. If you replace a race with this lineage, you can keep the following elements of that race: any skill proficiencies you gained from it and any climbing, flying, or swimming speed you gained from it.   Deathless Nature. You have escaped death, a fact represented by the following benefits:   Knowledge from a Past Life. You temporarily remember sporadic glimpses of the past, perhaps faded memories from ages ago or a previous life. When you make an ability check that uses a skill, you can roll a d6 and add the number rolled to the check. You can use this feature a number of times equal to your proficiency bonus, and you regain all expended uses when you finish a long rest.

Rather than sleeping, reborn regularly sit and dwell on the past, hoping for some revelation of what came before. Most of the time, these are dark, silent stretches. Occasionally, though, in a moment of peace, stress, or excitement, a reborn gains a glimpse of what came before. When you desire to have such a dreamlike vision, roll on the Lost Memories table to inspire its details.
Playable Heritages