We are born to a world in ruin, but our plight does not go unnoticed. The Great Spirits of the land, sky and seas have turned their gaze upon us mortals once more. The dead gods have left us little to follow but the old way. Now with the guidance of druidic teachings the Fabled have rose to prominence.   No ones is quite sure who were the first fabled, or when they appeared among the ranks of humanity. It seems that as long as we have given praise to the spirits that guide the wilds and nature so too have they bestowed there aspects onto the people. There numbers however have only swelled in the past five centuries as more folk find faith in the druidic path.
Weather the Fabled are chosen by these Avatars of nature for some greater purpose, or merely some random fluke of fate, has never been fully determine. Many druids argue that they are bless with some greater destiny, some even show reverence to the fabled as vessels or agents of the spirits will.   These claims are not without some evidence, as many among there kind have a natural affinity to command the forces of nature, and the beasts within.

"She is the feathered monarch. The Queen of plains and the blue sky above, she is fearless and blessed by both the ancestors and Spirits alike..."
- Herald of Queen Lydra The Winged.

The Fabled are a diverse off branch of humanity, infused with characteristics of the wild. Their appearance varies as widely as the creature that walk, fly, and swim across Hune. While predominately human in appearance they inherit features common among their guardian spirit. Feathered hair, fur, and webbed hands are all found among the Fabled.   This Heritage also has the innate power to channel their patron spirits for a brief time. Further enhancing their gifts to aid in moments of crisis. Their teeth grow longer, claws sharpen and senses heighten to the extreme.   They also benefit from an extended life span. A fabled lives well past a century and retains much of their strength and vigor till the very end of their days. The druids attribute this to the fables connect to the life energies of the spirits, bestowing them with a small portion of the lands health.

Fabled can reproduce with humans, Half Giants, Alfear and Changelings with no guarantee that the child will inherit any of their forebears heritage. Even when two Fabled procreate its more likely that the child will be human. There is however some common traits that may increase the likelihood of a fabled being born. Most importantly of all being the parents devotion to the spirits, more fabled seem to be born in druid groves and among devoted followers of the old ways then anywhere else in vierda. Leading many to belive that the fabled torular are a gift given to the folk dedicated to druidism. 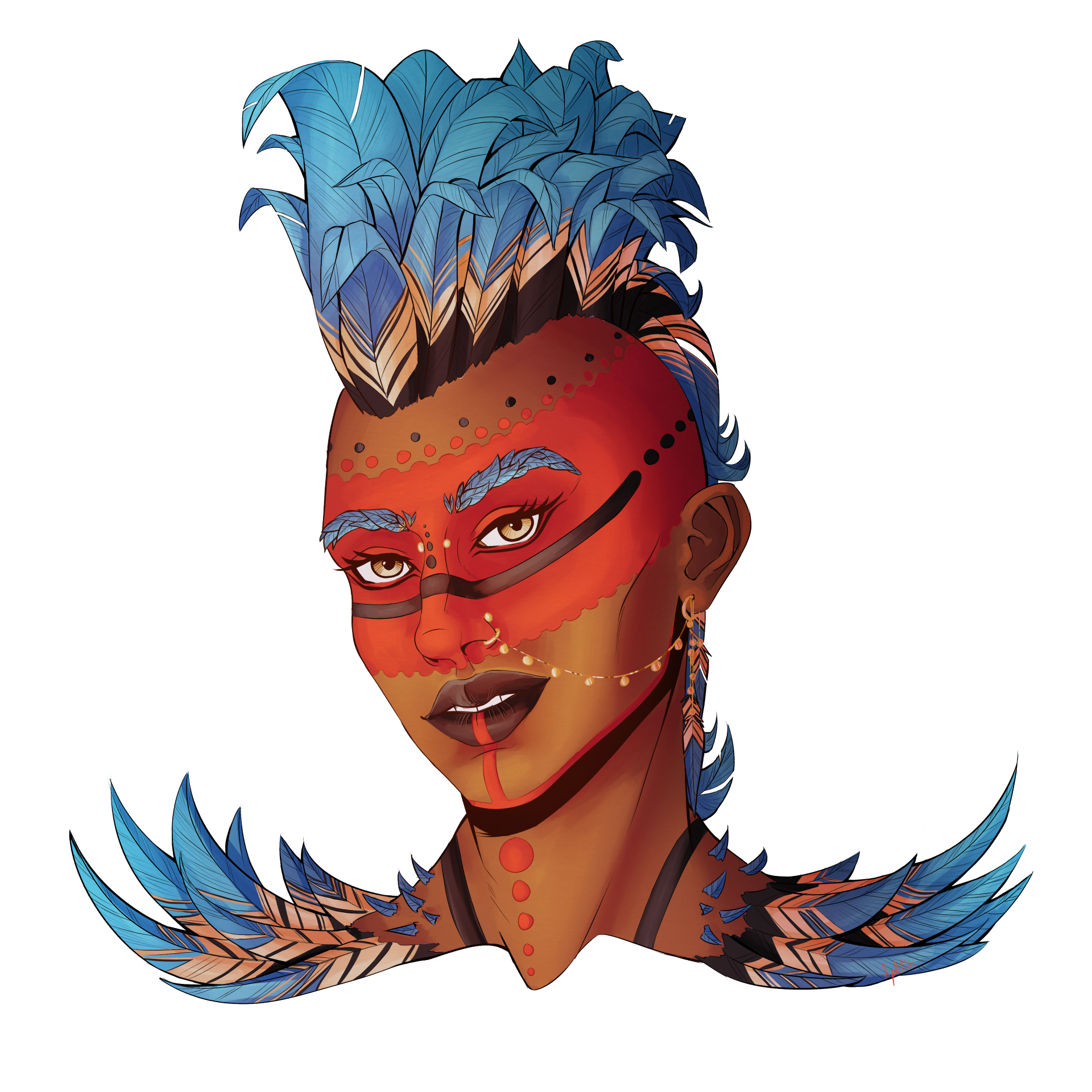 ability score increase: +1 to Dexterity
age: Fableds grow and mature as fast as humans. living on average about the same age as humans
alignment: Fabled have the same morality as humans, though some are driven by more bestial habits imprinted by the great spirt that touched them.
Size: Medium
speed: 30ft
Languages: You can read and write Common and one other language of your choice.
race features:

Source: Eberron - Rising from the Last War   Stoic and solid, a beasthide shifter draws strength and stability from the beast within. Beasthide shifters are typically tied to the bear or the boar, but any creature known for its toughness could apply.

Source: Eberron - Rising from the Last War   Longtooth shifters are fierce and aggressive, but they form deep bonds with their friends. Many longtooth shifters have canine traits that become more pronounced as they shift, but they might instead draw on tigers, hyenas, or other predators.

Source: Eberron - Rising from the Last War   Wildhunt shifters are sharp and insightful. Some are constantly alert, ever wary for possible threats. Others focus on their intuition, searching within. Wildhunt shifters are excellent hunters, and they also tend to become the spiritual leaders of shifter communities.

Your aquatic nature makes you deadly in the water.
Playable Heritages