Fae So Wild That They Defied Immortality

They were not of this realm, not of this place or time. Yet here they are, The fae of legend and lore. But the strangest part of all was that they were toiling in the dirt with the rest of us.

Vierda and by extension all of Hune is home to a vast swath of mortal beings. Yet none have earned there place among them more perplexingly then the Alfaer. For like there distant cousins of Gnome and Boggart lineages they did not come from the bones of Giants but from the blood of Til Na Drah.   It is however in The power they relinquished in traveling to Hune that truly sets the apart from other fae. The Alfaer are decedents of The fae courts, the high nobility of the fairer realm. They gave up immortality and magics beyond reason to become more human, more mortal, why such might folk do this willingly, not even they seem to fully understand.   They now live among man, facing the same hardships and trails as any other mortal, but with the wild grace and unusual magics blessed to them even now in their new forms. The Alfaer are unbound by their Fae nature, allowing them to grow and change something that even the fae king or queen can not truly obtain. This untethering to their nature has left them alien in the eyes of both worlds. While An Alfaer remains on Hune they are not really the same person they once were, they can't understand the choices of there past and it left many among them wonder. Who am I and what am I capable of?

As Til Na Drah is a warped reflection of Hune, so to are Alfaer a mirror of humanity, with some wild twist of course. In general Alfaer can present themselves as male, female or a combination of the two. They range in heights but are more often thinner and shorter then humanity. while some might call them delicate, that would be a fatal mistake to make. They are just as powerful and quick as other faekin.   Beyond the basics of humanity they show, Alfaer also have quite a few odd additions to there physical form. These can be broken down by the type of Fae they were in there past life. weather from Bramble lineage which often presents itself with traits like hooved feet, rams horns or maybe green flower hair.   An Alfaer might have some, all or none of these particular characteristics and yet still be considered a member of the Bramble line. The Fae with Moors blood, often have raven black hair or odd shadows. Then there are The Alfaer of The Heights who have some of the most dramatic feature. That being wings of course. While not universal most of there kind have beautiful bird or insect wings that can bore them aloft if not saddle with too much weight.

Alfaer can reproduce both with each other and with the various diverges of humanity. Regardless however the resulting child will always be a Blooded Changling. The reason for this is a matter of some debate. ranging from a the burden of their transformation into mortals to a curse place upon them by the courts. Regardless the outcome is the same Alfaer are not born, they are created. 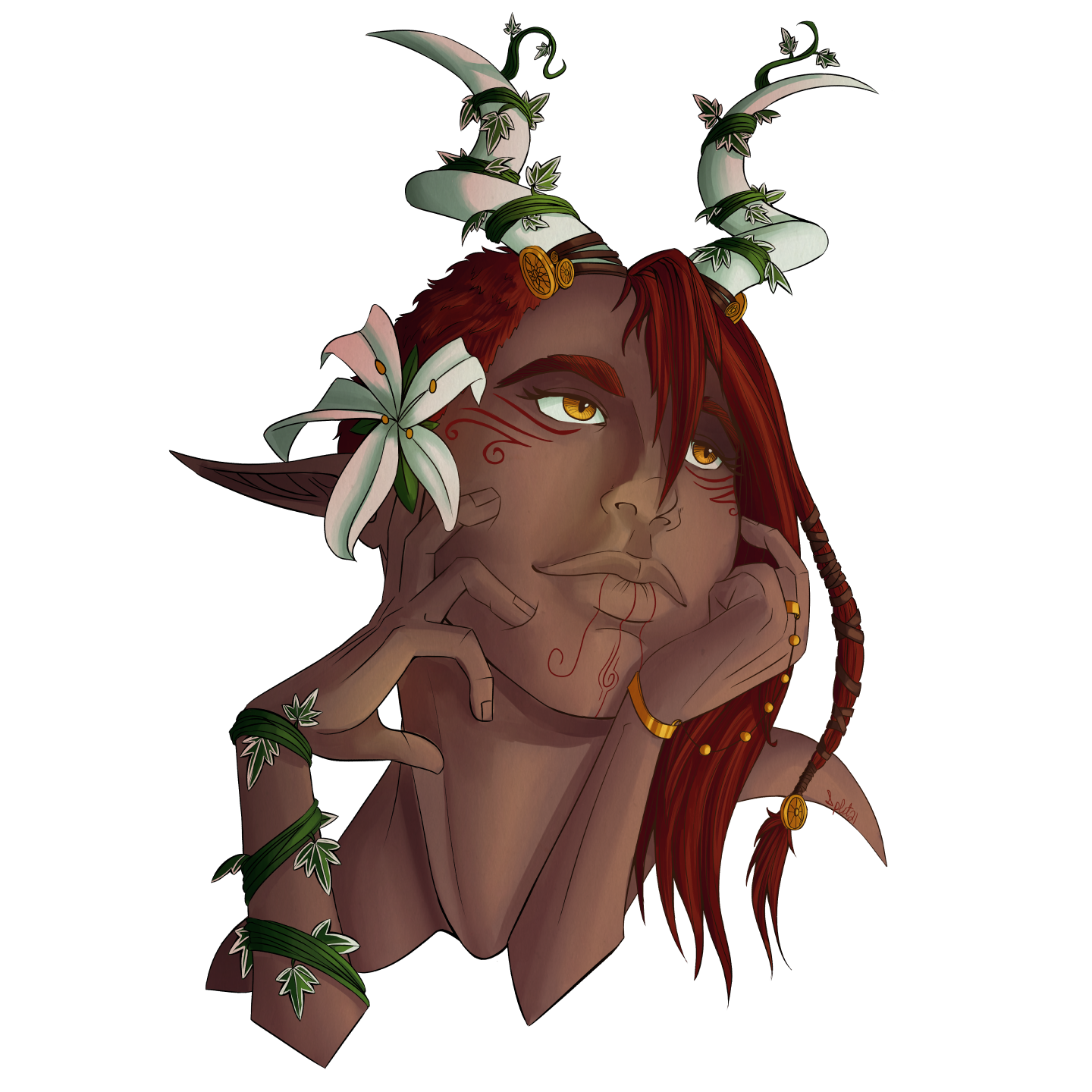 Alfaer are the once immortal High Fae of Til Na Drah. They have relinquished part of there fairy nature in order to enter our world. In doing so they have become far more human then their enigmatic and dangerous relatives. This however has not diminished their otherworldly beauty and some of the fantastical magics at their disposal.
ability score increase: +2 to One Ability & +1 to Another Ability.
age: Although Alfaer reach physical maturity at about the same age as humans, they do retain some of there previous longevity. An Alfaer can reach upwards of 500 years before they expire.
alignment: As they talk on Human aspects so too do the Alfaer gain some sense of mortal morality. this can range the entire spectrum of human sensibilities or lack there of.
Size: Medium
speed: Your base walking speed is 30 feet.
Languages: You can speak, read, and write Common and Courtly.
race features:

Darkvision. Accustomed to twilit forests and the night sky, you have superior vision in dark and dim conditions. You can see in dim light within 60 feet of you as if it were bright light, and in darkness as if it were dim light. You can't discern color in darkness, only shades of gray.   Fae Blooded. You have advantage on saving throws against being charmed, and magic can't put you to sleep. You are Fae there for you inherit all of their strength and weaknesses.   Trance. Alfaer do not sleep. Instead they meditate deeply, remaining semi-conscious, for 4 hours a day. The Common word for this meditation is "trance". While meditating, you dream after a fashion; such dreams are actually mental exercises that have become reflexive after years of practice. After resting in this way, you gain the same benefit a human would from 8 hours of sleep.   Keen Senses. You have proficiency in the Perception skill.

Elf Weapon Training. You have proficiency with the longsword, shortsword, shortbow, and longbow.   Fleet of Foot. Your base walking speed increases to 35 feet.   Mask of the Wild. You can attempt to hide even when you are only lightly obscured by foliage, heavy rain, falling snow, mist, and other natural phenomena.

Cunning Intuition. Whenever you roll a Dexterity (Stealth) check or a Charisma (Performance) check, roll a d4 and add the number rolled to the total ability check.   Shape Shadows. You know the Minor Illusion cantrip. Starting at 3rd level, you can also cast the Invisibility spell with this trait. Once you cast either spell with this trait, you can't cast that spell again until you finish a long rest. Charisma is your Spellcasting Ability for these spells. Spells of the Moors. If you have the Spellcasting or Pact Magic class features, the spells on the Alfaer of The Moors Spells table are added to the spell list of your spellcasting class.

Flight. You have a flying speed of 20 feet. To use this speed, you can't be wearing medium or heavy armor.   Fae Winds Touch. Your connection to skies above gifts you with the ablity to cast the cantrip Gust. Wisdom is your Spellcasting Ability for this spell.
Playable Heritages