Haven: Tales from the Last City

marscosta
Réus was once a world where the gods sang and the skies were clear. Its people were ruled by the Enlightened Imperium of Arassa, a multiethnic theocracy spanning across nations, tribes, and kingdoms. They believed that the universe and all of the gods were created by the songs of the 9 celestial dragons.

Then came the girl known as Origin; a god-like sorceress who commanded arcane forces so primal that the very ground she walked on would awaken with magic.

Her existence and power ran against everything the Imperium stood for. So the church declared that she and her tribe of nomads were anathemas to be hunted down before they could spread her heretical presence any further. This hunt, known as the Last Inquisition, led to a chain of events that brought about a world-breaking cataclysm. Whole civilizations were erased, the Imperium destroyed, and the connection to the celestial plane and the songs of the dragons was forever lost.

We call this the Great Silencing. 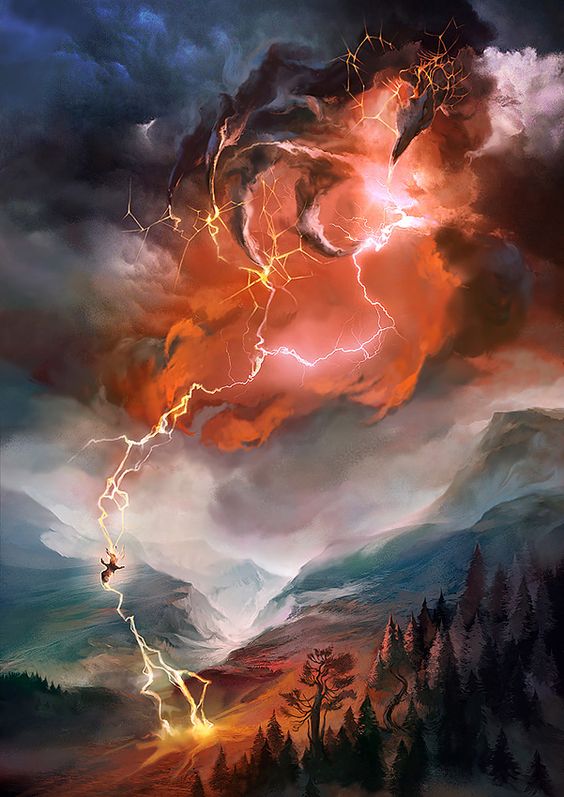 The silence did not last though. The celestial dragon’s songs were replaced with their roars of vengeance. Now Réus is plagued by maelstroms akin to the breaths of the dragons of old. Whirlwinds of fire, arctic vortices, lightning storms, acid rain, and poison fogs...the Dragon Storms.

The land became so dangerous that only one-third of the people of Réus survived; the clever, the strong, the lucky, and the cunning. Of course, the deadly monsters that would thrive in the harsh environment. After a few years, that third became a tenth of what it once was.

Eventually, Origin and her Dragonborn helped tame the storms enough to shepherd the last remaining survivors of the world to the mystical city of Al-Oxum, the city of bones. Once there she pulled the planar ley lines through the weave of the site, forming giant spires that emitted a field of protection from the storms. That field became a safe port from the neverending storms that a world of refugees swarmed to...a Haven. And a group of twelve heroes, known as the founders, built that Haven into a city, and over a few short centuries it became the complicated metropolis that it is today.

Over the centuries the city, now known simply as Haven, has grown into a vast metropolis known now as the Haven, sprawling across miles with that lay (relatively) safely away from the storms. This multicultural city of refugees is made up of a diverse mix of races, languages, and traditions so strong that cultural significance has become at once a form of magic and a currency. It is a city teeming with intrigue, adventure, crime, corruption, and danger around every corner.

Now, in the wake of two wars and the fantastic disappearance of Origin, the city is at a critical turning point. Power balances have shifted, alliances have been broken, and new unseen dangers threaten the last city.
Haven: Tales from the Last City Discussion Boards

Haven: Tales from the Last City has 0 Followers