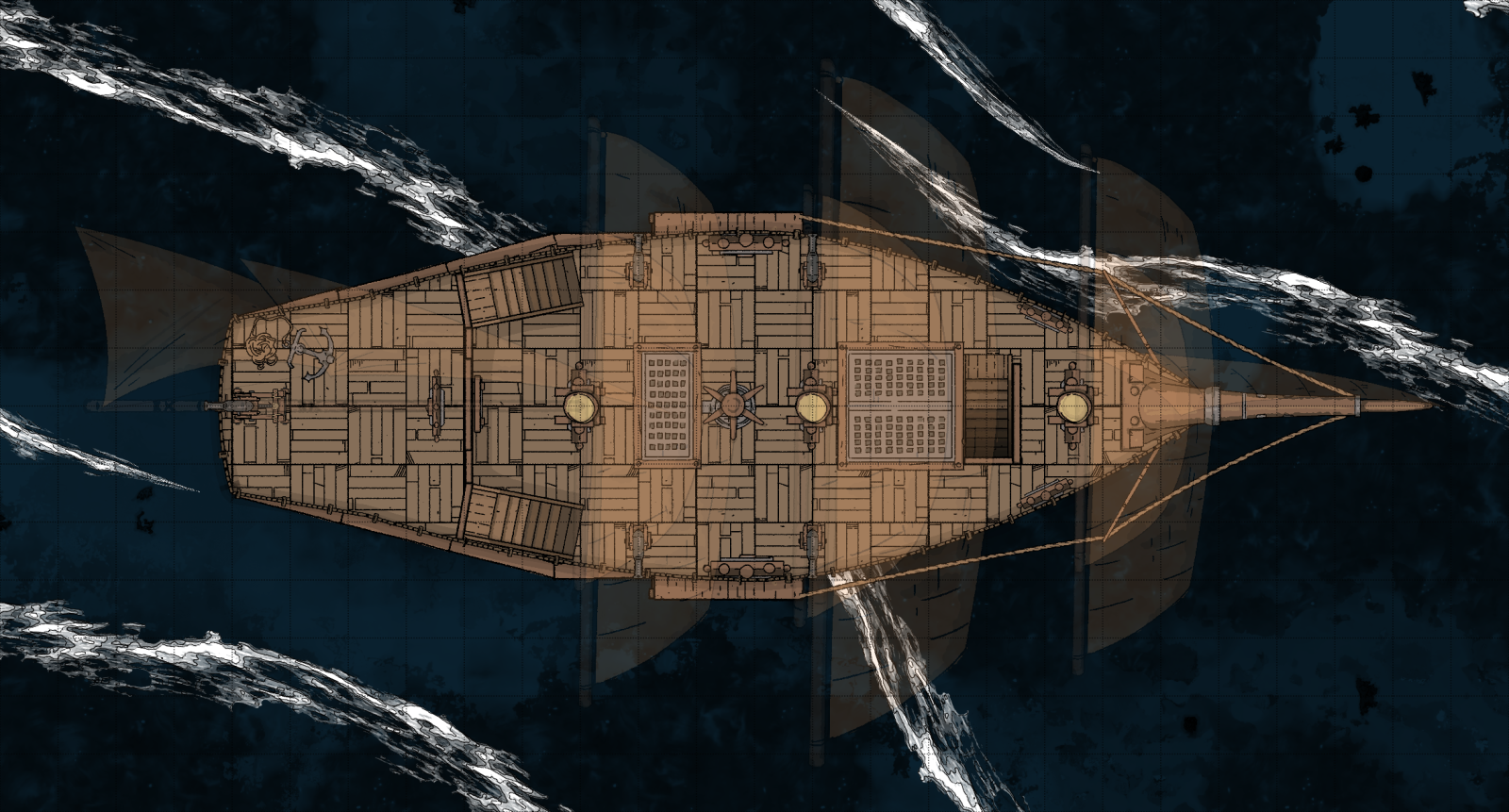 The Claudius is a small cargo ship owned by captain Torp Weltseele. The ship was built on commision by master shipwright Chaz in Port Wastrel, following the tradition of the Queen's Principle.

According to captain Weltseele, the ship was named after his late dog, not the Archon who founded the Gardemoor Empire. Claudius the dog was his greatest travelling companion, and the ship was commisioned after its death so that Torp could continue travelling with Claudius in spirit.

Master shipwright Chaz started working on the Claudius on the 22nd of Evenfall 2079 PGE, and finished it on the 14th of Harveststart 2081 PGE. The ship was meant to be used for leisurely travel by Torp Weltseele who fancied himself a bit of an adventurer, but was soon used for shipping cargo, both to fund the ship's upkeep and to bring its captain to new destinations. Starting out with a crew of family servants, the ship made mostly local trips around the captain's home barony of Downdeller.

After a few years of gaining a network of contacts in the major port city of Wamar, the Claudius would soon travel back and forth along the coast of the entire continent, making trips as far as Talara, Gardelinden to the west, Amberron on Cravv to the east, Shiraq of the The Golden Empire to the south, and Fort Awe in Avena to the north.

In the year 2127 PGE, the Claudius was running all sorts of cargo from Red Willow in Ortal to North Amberron on the Cravv Isles. On one of these cargo runs, the ship came close to destruction after first sailing through a storm, and then being besieged by strange tentacle clusters. These clusters were later revealed to be under the control of late Magister Waler, who had been corrupted by Misery beyond redemption after dying at the hands of the Handmaiden of Misery. The ship made it to the city of Wamar, where it got some much needed repairs before heading for Cravv once again.

The ship is wind propelled by an arrangement of sails divided on three masts and the bowsprit. Though a ship of this size would only need one or two masts, the Claudius is made on the Queen's Principle, meaning that it can be propelled with wind magic granted by the Queen of All Seas in order to travel faster than natural weather would allow.

Claudius is armed with 5 smaller cannons, most of which functions as a visual pirate deterrent, as all but one is non-functioning. In addition the ship is equipped with 2 light ballistas, both of which remains under deck until they are needed.

Map Gallery of the Claudius 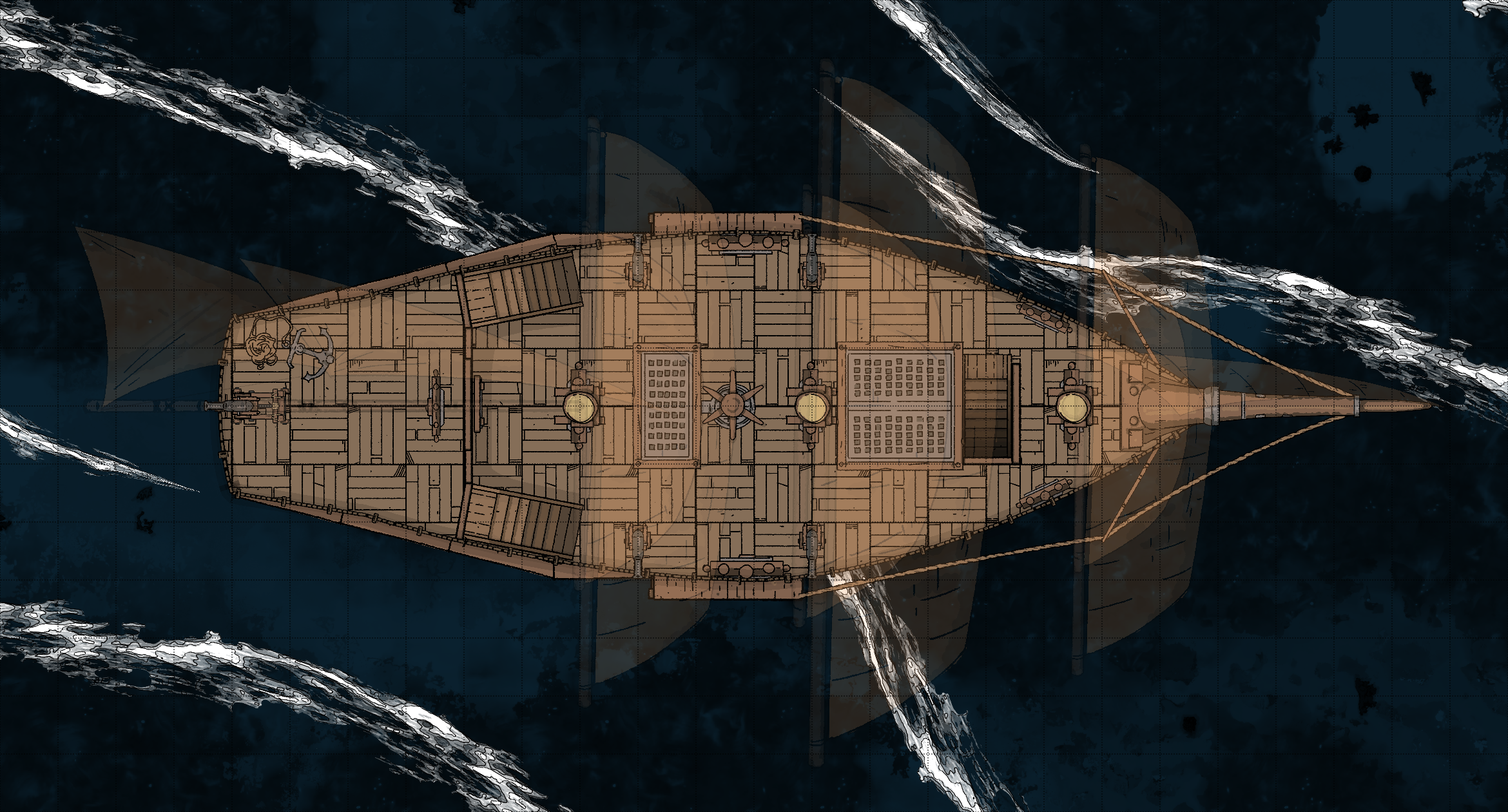 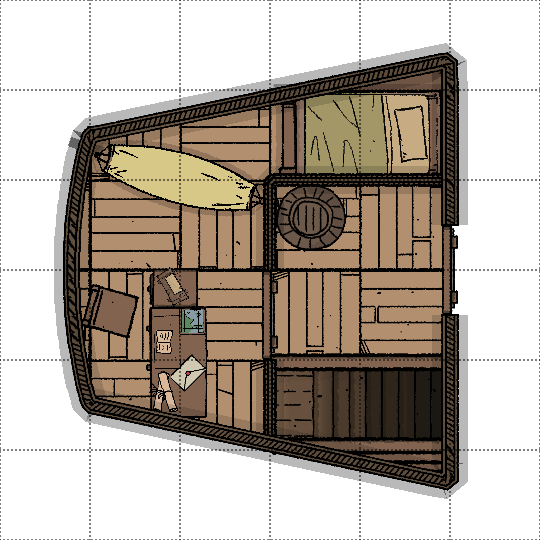 Rarity
Unique
Length
105 ft. including bowsprit
Speed
~ 5 miles per hour
Complement / Crew
12 including captain
Cargo & Passenger Capacity
Up to 20 if without cargo

All images are either commissioned by me, or made by me using Inkscape, Gimp, MS Paint, Dungeondraft, and/or Wonderdraft. I've also started using a lot of AI generated art lately, such as MidJourney and Artbreeder. Any uncredited image is made by me. 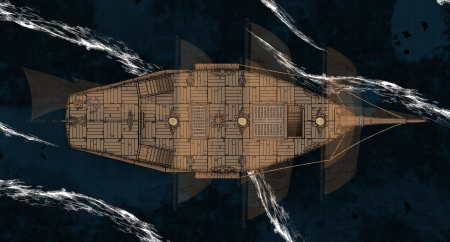 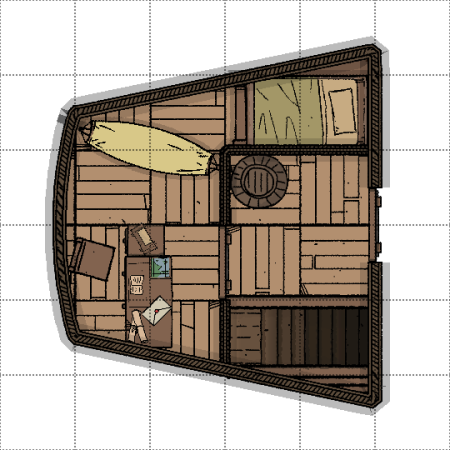