Worldbuilding is a tedious process. So many whos and whats, trying to figure out where it all goes. On the flip side, not having a lot of information can leave a world feeling flat, uninteresting.   Having a reliable way to create interesting worlds with simple, repetitive, and seemingly random pieces of information can go a long way towards quicker and less stressful worldbuilding.

A greeble or nurnie is a fine detailing added to the surface of a larger object that makes it appear more complex, and therefore more visually interesting. It usually gives the audience an impression of increased scale.
— Wikipedia Definition of Greeble 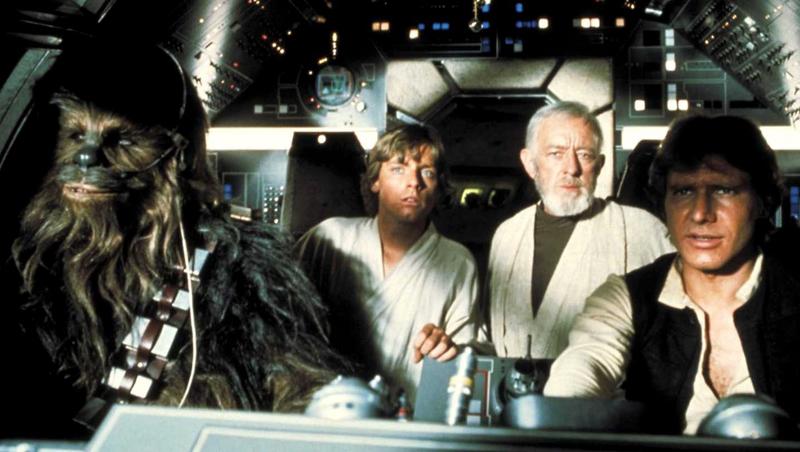 This Iconic image from Star Wars shows the classic example of Greebles. Various lights, bobbles and details that make an otherwise sinple scene into one of showing off Chewie and Han's deft skill at piloting the Milinium Falcon, what with all the buttons and knobs and dials. Around this though, is an oft missed bit of world-building. A singular item which, until The Last Jedi, had been given no real significance. A pair of Golden Dice hanging between the smugglers. What were they their for? What did they represent for Han? By the time of The Last Jedi we don't care about their true history, but rather what they represent between Luke and Leia; an apology for not being there, and a forgiveness.

Placing Greebles in Your World

Geebles, Nurnies, and Wiggets are all different names for physical noise added onto a thing to create a sense of complexity. We've seen this in the Alien series, Battlestar Galactica, Star Wars and even in Hitler's shows of strength during WWII. Repetition, "fakery" and filler are great ways to grow your world naturally. But how does this work?   When using World Anvil, just using the amazing mention system to its full potential can get you started. Whenever I write a proper noun, I always make sure it is a future link for me to create. This way, if I ever come upnwith more information for it, I can build upon a link already placed.   From there, I try to make sure that for every Link, it has three to four associated ideas. If I make one Organization, it has sister organizations, or rivals. If I make a ship, it has a predecessor, an inventor, a well know pilot from the boondocks. An artefact gets a seeker, a landmark a founder. All of these create a more filled world, without me actually doing anything at all except making up random names and making sure they are links.
World-Building Guide