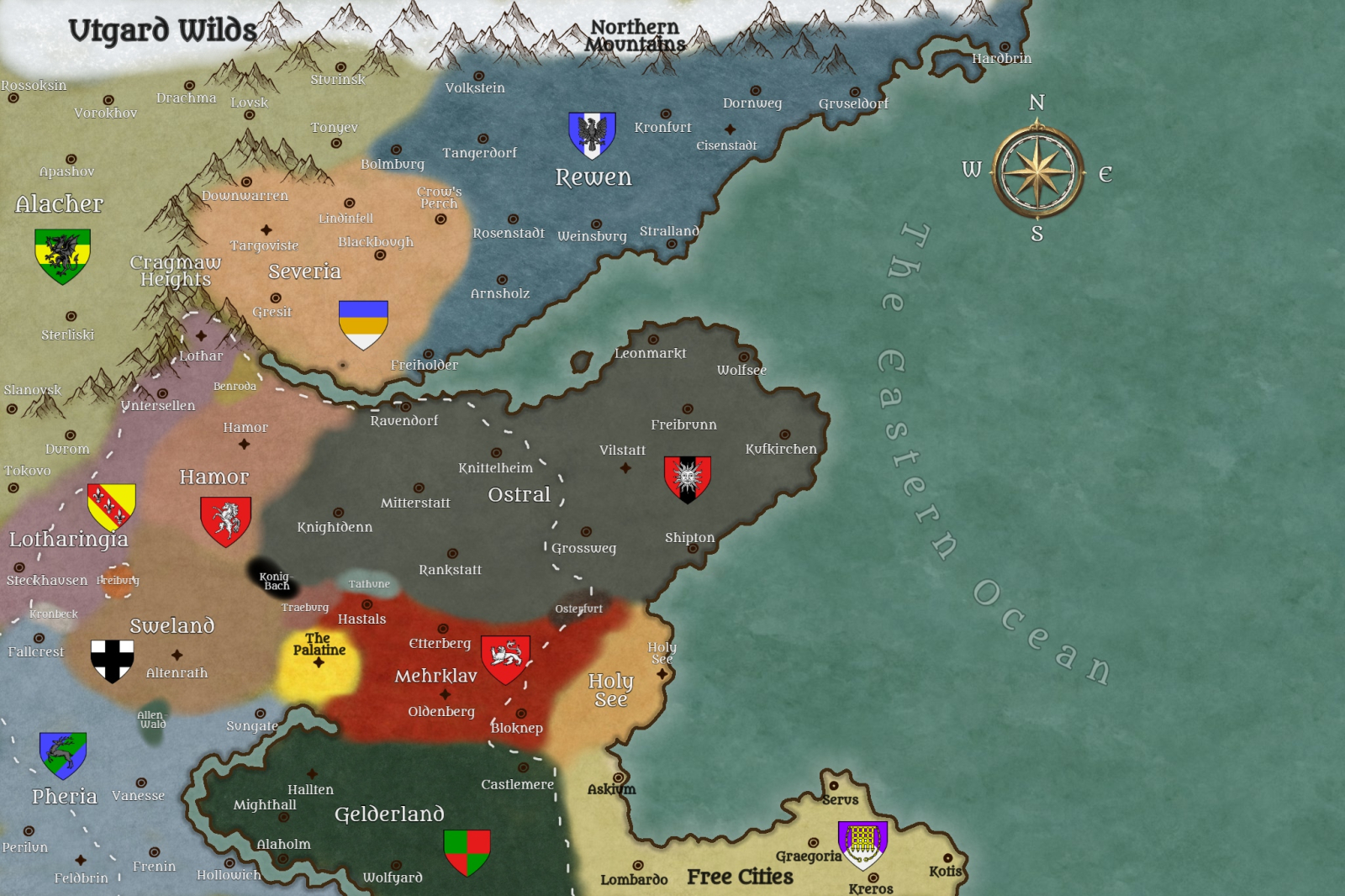 Nos4a2
The von Gruseldorf family is one of high respect and honor within the Kingdom of Rewen. They are relatives of the royal family, have been Stewards of the King & Queens, generals, scholars, philosophers, artists, and just all around Renaissance men & women. They're wealth and affluence has earned them a comfortable living, and they have been handsomely rewarded for their services to the crown with an estate in the north eastern part of the kingdom. This would not last forever however. Pride always precipitates a dizzying fall.   The most recent head of the family --Lord Hildemar Berthold von Gruseldorf IV -- has been quick to squalor the families vast fortune through lavish parties, decadent spending, and other debaucheries only known to him. He soon became a recluse, delving and dabbling in what was rumored to be all sorts of black magic. No one was sure on whether they believed these said rumors or not, but as time has passed these rumors seem to have become a reality.   The lord of the manor has since disappeared, leaving his estate to the family's one and only heir. Whether or not Lord Hildemar is still alive isn't known, but the king has issued a decree for the von Gruseldorf family estate to be returned to its former glory and standing.   The Gruseldorf lands are only a small part of a wider world simply known as The Continent. The world has since entered a new age after coming out of the War of Palatine Succession. It is a realm full of different kingdoms and lands with dark mysteries to be uncovered.   (As one can probably tell, the plot is HEAVILY influenced by Darkest Dungeon)