You know, there was this really stunning woman I once dated. It felt like we had a real connection. We had a bunch of things in common, awesome chemistry, similar humour, all that. I thought I met the woman of my dreams, someone to spend the rest of my life with. After a couple months, she invited me to The Love Tunnel. Silly me was excited when she told me she booked us a lovely suite there, but get this. She didn't book just any suite, she booked a Deity Suite! Ugh, how embarassing...
— A guy with crushed dreams

The Love Tunnel is one of the most infamous and popular dating hotspots in Ullahju and Josobre. The ground level functions as a cozy pub while the upper three floors serve as accommodation.
The first floor is as popular as it is expensive since it is rumored to have been the floor where the gods Dessáiá and Diyosos spent time with each other. The fact that these two broke up during the events of The Great Plague, however, doesn't make it appealing for couples thinking of spending the rest of their lives with each other. If your partner is inviting you to one of their first floor Deity Suites, it is said to be the sign of a passionate romance, not an everlasting one. People who lack communication skills will even use the reputation of this suite as a way to make sure their partner doesn't get the wrong idea about their intentions.
Fitting with this purpose, the inn offers not only renting by days, but also hours.

The building is built with a strong, scarlet stone that was imbued with magic to ensure no sound would go through the cracks. If you pay attention while being close to the material, you can feel the firm energy emanating from the material. Imbuing materials with magic has been an art that only the gods knew for a long time and as such, there is no other stone like it in Græwal.
Elegant vines have been placed on this stone with countless rose-colored flowers blooming from it.
The round windows are said to depict intimate memories of the lovers, immortalised in colourful glass, showing scenes such as Diyosos and Dessaia, as they watch the sunset on what is believed to be one of the highest mountains, Græmantísás. Another one shows pictures of just Dessaia, leaning on a tree, or sitting in a flowerbed. Notably, there are no scenes which depict Diyosos alone.

Before the abandonment of the gods, history had only been recorded via Memory Magic. Therefore, it's still a mystery as to when The Love Tunnel was originally constructed or when people have started calling it as such. Historians have discovered records of the popular tavern from thousands of years ago, but the analysis of such records and their retroactive dating is still considered to be a fairly new science with lots of room for improvement. That's why many people like to place the construction of this building at the same time as the start of Dessaia and Diyosos' relationship.
The tavern found its origins in providing a place for the two gods to meet. Freshly fallen in love, they wanted to build a monument to honour their devotion to each other. And what better way to prove that dedication by building a personal love shack right on the border of the gods' respective countries?


For centuries, that's all The Love Tunnel was. A beautiful private building for two lovers to meet. Over the years, it slowly turned into a place where the couple would leave sentimental items and hide presents for each other. To keep the place clean, a young brightear named Malleànder would soon be hired as a housekeeper to look after the place and the objects within. And the more things they would dump for her to take care of, the longer her working hours got. It all escalated when the gods would place cute-looking pets that were exclusive to their own realm at The Love Tunnel for the other to collect which forced her to stay there for days on end sometimes.
Malleànder lamented to Diyosos about the amount of time she had to spend at The Love Tunnel and demanded not only a pay raise, but also an extra floor where she and her boyfriend could stay. She had been working there for decades, after all, and wanted to raise a family on her own instead of just making sure both of the goddesses were having a good time at their sacred place.

After hearing of Malleànder's woes, Diyosos felt truly bad about his thoughtless actions. He promised her not only a second floor to herself and her future family, but also enough money so that neither she nor her boyfriend would ever have to work another job again. The last request was made by Dessáiá specifically. If they had to give her more money, the very least she and her family could do was to be fully committed to this place.

This arrangement worked for a long time. So well, in fact, that the next two generations also took on the duty of maintaining the building. To accommodate all the children and eventually grandchildren, a third story was added, and soon a fourth. For privacy reasons, the family was never allowed any visitors and as far as anyone knows, everyone in the household respected this request.

Signalling the dawn of a new era, The Abandonment lead to several changes regarding the administration of The Love Tunnel.
For starters, with the implementation of Ullahju’s surname system that was used to keep track of the royal family, a few non-royal families were gifted with the recognition of a surname. Due to the great service Malleànder and her descendants provided, her family was gifted the surname ‘dæ Gæshad’ (literal translation: the guestkeeper). This caused The Love Tunnel to get a significant spike in interest from the general public. And since the gods were gone now, surely a little peak into their private area wouldn’t hurt, right?
When they departed, the couple left their sentimental items at The Love Tunnel, planning to return once in a while, but since quite a few family members were susceptible to the deadly magical pressure the gods emitted, making sure that everyone was out of reach upon their arrival soon became too much of a bother to deal with. The Love Tunnel remained unused for years and eventually, both deities decided they would open the place up to the public. This unfortunately came with the cancellation of the royal funds that were used to sustain the family’s lifestyle.
For the next centuries, the ground and first floor of The Love Tunnel served its purpose as a museum to celebrate the love of Dessaia and Diyosos. The family did not charge an entrance fee, as they felt it disrespectful towards their gods, but instead provided traditional food from both Josobre and Ullahju in exchange for payment to keep them afloat.

In an effort to keep the country safe, Ullahju closed its borders to their neighbouring country almost immediately when Josobre was haunted by The Great Plague. The proprietors of the then-museum planned to follow these rules and consequently closed the door to Josobre, but their conscience would not allow them to keep it this way for long.
Soon, people kept banging on the doors, desperate to leave the country that was riddled with illness and death. Noises the family tried to ignore at first, but then made the crucial decision to let them through and provide them with shelter in one of the empty bedrooms. This probably saved the lives of countless people, but ultimately also invited the plague into the house.
The dæ Gæshad family themselves suffered a few casualties, which caused great controversy and heated discussions between the family members. The matriarch at the time, Grædelía, stood by her choice and ordered anyone who was not ready to die for a good deed to leave the house. Around half of the remaining members took her up on this offer. Up until that point, it had been a strict family rule to never abandon The Love Tunnel, but this decision caused later generations to serve the building by choice, not by tradition.

These events have led to The Love Tunnel becoming the dating hotspot it is now. Nowadays, the food and accommodation are the biggest attraction, although it never stopped being famous for harbouring several personal items of the gods. Since the number of family members living in the building has been greatly reduced, only the fourth floor is now needed to house the family members, the rest is being rented out to customers.
Type
Pub / Tavern / Restaurant 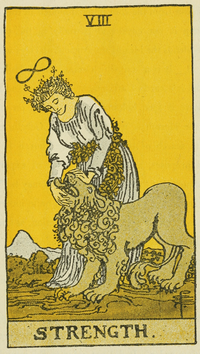 I can help you, but only if you help yourself.

The current matriarch of the dæ Gæshad's, Mæwell, rules The Love Tunnel with pride. She still remembers the brave deeds of her mother, Grædelia, and is determined to live up to her legacy.
She offers people seeking shelter a job at the restaurant and a bed to sleep in for one month. After that, they're being sent on their way. She believes in hard work and giving people a chance to turn their life around, but she doesn't see herself as a charity.
Mæwéll doesn't just kick people out to fend for themselves after their one month of work, however, and uses her connections to make sure they find a place to work afterwards.

Oooh, another love tavern. This was a splendid read. I like its history along with the irony of the deity suite not being the best sign for a couple. I wonder what specific items were left. Has anyone ever tried to steal them?

Thank you, I'm glad you enjoyed the read! I haven't come up with specific items yet. Diyosos is rather sentimental, though, so I'm sure at least a few of his heartfelt love poems are exhibited on the walls ;) While I'm sure the thought of stealing crossed one or two people's minds over the years, I don't think anyone ever succeeded with the countless eyes of the family and other pious tavern guests around.

I love the concept of this tavern ( reminds me of my own and hope you will check it out) overall this article is good and i enjoyed reading it!

Thank you so much :) I'll definitely check it out.