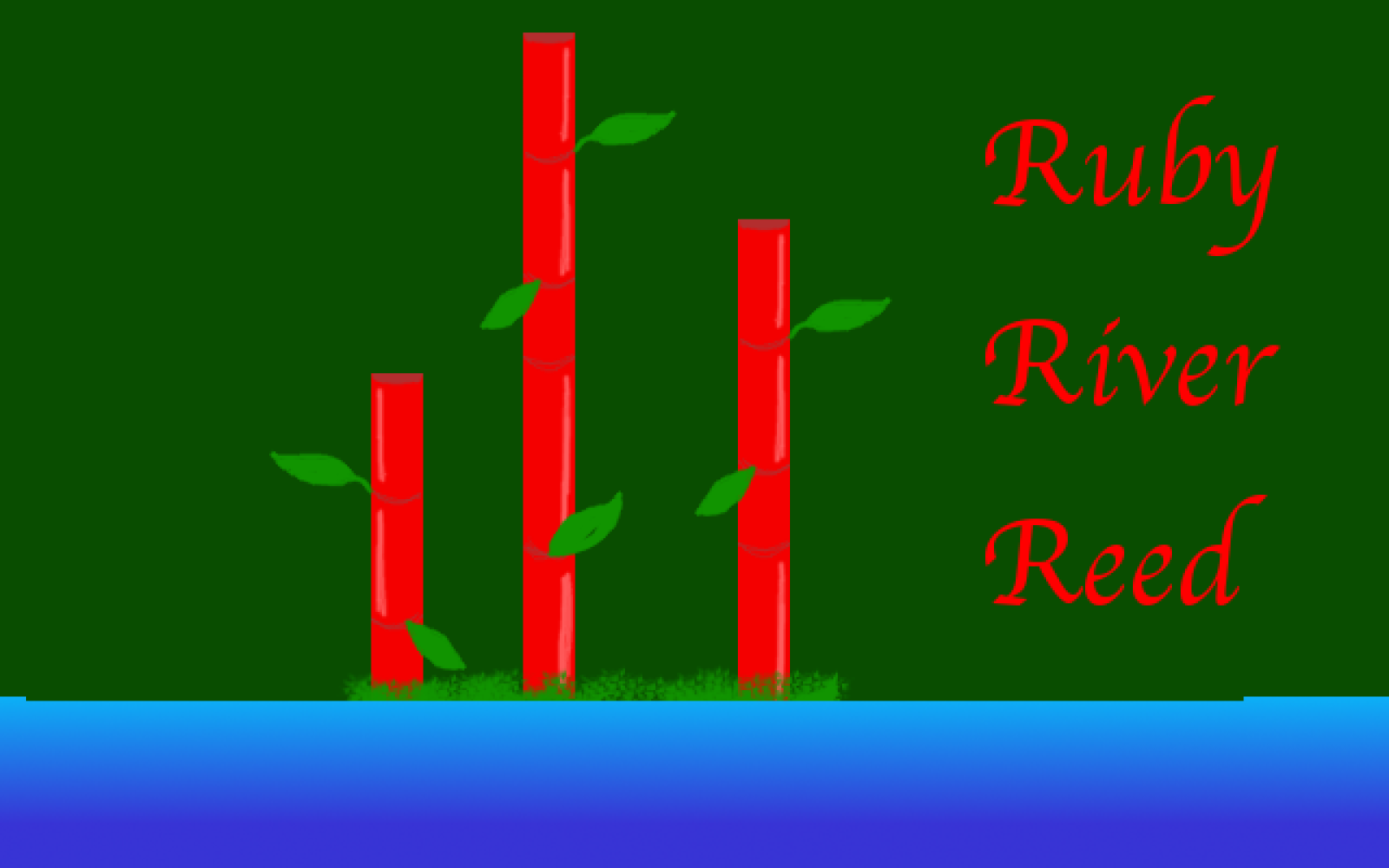 The Ruby River Reed is an iconic symbol of the swamp, a legendary plant with almost magical properties. It is a sturdy reed growing up to 6 ft to reach the surface of the water and is known as the greatest anti-toxin to the alchemists. It draws toxins (Radon, Lead, Copper, Iron, Poisons, etc.) and bacteria (E-Coli, Solmenella, etc.) from beneath the riverbed and uses them to build a crystalline skin to resist the waters wear and pressure using special cells that eat the toxins, carry them to the surface of the reed, and die, turning into the red crystal skin. The amount and type of toxin affects the properties of the crystal skin and in the sulfur lakes a type of ruby river reed exists with the shell of yellow crystalline skin with true gold running through its veins. Experts couldn't tell you the exact process but they believe it to be a natural product of their food source. It is a rare plant but when it can set down its roots it then grows in abundance and provides seeds within a small berry that grows from its leaves and are eaten and carried or dropped into the shallow river and lake beds. Medicinal Use: Ingesting boiled roots and pull deadly toxins from the body into a crystal pebble(s) within the stomach and can be removed afterwards naturally or with surgery or if left alone will dissolve after several weeks when the toxins have been consumed by the special cells in the root. Too much can sap vital elements in the body such as iron and vitamin C. Crush dried roots into powder for later use and brew in a tea. Material: The Crystal skin of the reed is valued as a precious gem in many regions and is able to even hold enchantments from magical sources. The Legendary Shrizzre Crimsonite sword has a handle of enchanted Ruby River Reed and a shard of it even sits upon the crown of the Heartland Emporer.

This is an interesting idea. Do you know how it works to get the toxins out of the body? With magic or chemistry? Does it work with all kind of toxins or only specific kinds, like only with metals (similar to chelators)?   For the crystallisation, does it do that directly in the blood or is it in an organ? Better be careful not to cause blood clot with that… How are the crystals removed after their formation? Through an incision? Or maybe magic?

I re-wrote the article a little less poorly but its a dangerous but powerful medicine to be used against poisoning such as snake bites or the blade of an assassin and can help against sicknesses in the hands of a doctor. Thank you and everyone else for commenting :)

Quite an interesting concept. I do wonder though do the crystals not impact the body in a bad way? Having strange objects in the blood stream for example would seem dangerous.

If it removes tons of toxins it will become large crystals and would require a surgery but if its just a snake bite then you could probably vomit the small crystals. It is dangerous for sure, but trust the witchdoctor for they do not lie. Thank you for commenting and showing me more of world anvil.

Eek, so much that could go wrong if the crystals end up stuck in someone's stomach. o_O Scary!