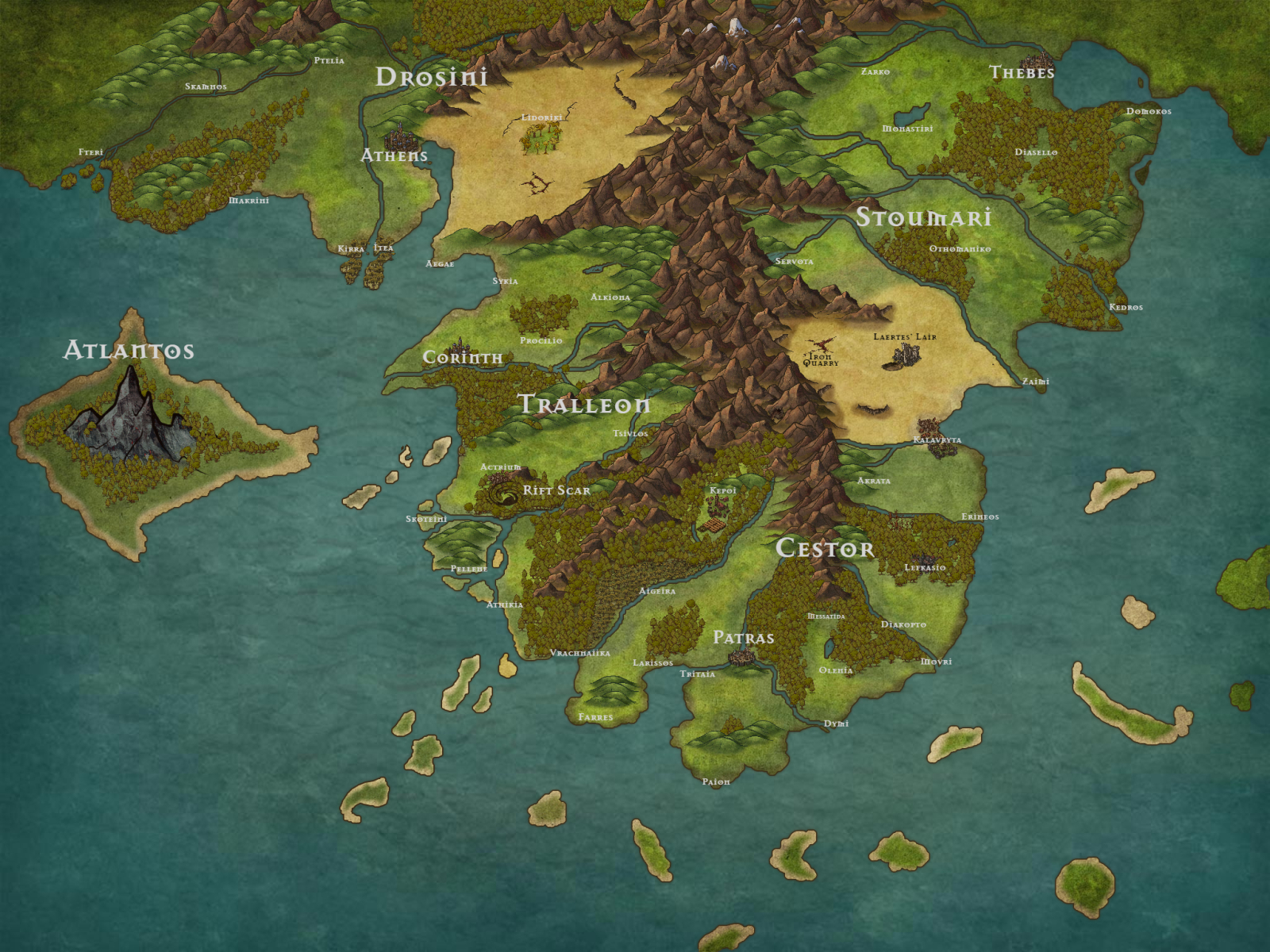 When first travelling to Patras, one is told of several things that must be seen. Inevitably, the Colossus of Athena is the first thing that is brought up. Seen for over a dozen miles in every direction during the day, the sun reflects so brightly from it that some in the city secretly call it a nuisance. It is a grand monument of the peace forged between the seven lesser states that make up the mighty Republic of Cestor.

The colossus was built to celebrate the Golden Jubilee of the founding of Cestor. It stands atop the temple of Athena, which in turn sits atop the mighty hill that splits the river Aliakmonas in two. The renowned architect Phidias designed the temple and statue that stands upon it as a single great work.   During the day, the sun shines brightly on the statue, making it a beacon that can be seen for miles around as an easy mark for navigating the countryside.

The statue itself was built out of iron rods while bronze plates were riveted around them to form the body. The insides were filled with stones for stability and once completed, the entire statue was plated in a thin layer of gold. The temple stands 42 feet while the statue stands 118 feet tall from head to toe.

The Republic of Cestor was founded by the joining of seven separate city states. During the twenty fifth anniversary, the ruling council made of the leaders of those states announced that a great works would forever unite the still disparate peoples of their respective states and immediately began the search for a design and architect. Phidias, a famous architect and mason from Kalavryta, was eventually chosen for this great task. He spent seven years gathering people and resources while he refined his designs. The obvious subject for this honor was the patron goddess of the Republic, Athena. The existing temple to Athena in Patras was redesigned and reinforced by Phidias for the strength necessary to bear the weight of such a large statue. Construction began in the year 36 and was unveiled during the Golden Jubilee celebrations.
Type
Temple / Church

Answering: "Describe the most impressive landmark in your world."
Visit grenwalis's Competition Page Check all other answers to this prompt Competition Homepage