(a.k.a. The Chained Oblivion)

The Birth of the First

Born spontaneously from the mysterious source of life known as the Seal, the two, together known as the First, began as formless motes of energy. When the Seal birthed other, lesser motes, the First became self-aware. Eons passed, and slowly the First, and the lesser motes, began exploring creation. These were the first gods. One of the First uttered the first sound, discovering the power of speech and, thus, knowledge. He named himself Ihys and his brother, Asmodeus.

Ihys and Asmodeus, together with the lesser gods, began to sculpt creation to their liking and slowly introduced the concept of order into reality, creating stars, planets, and the fundamental laws that bind them. Then Ihys forever changed their creation: he created the first mortals, discovering the concept of souls and worship, and the other gods followed his example. Amid the rampant creation and destruction of new life, Ihys felt sympathy for mortals, who as of yet were but puppets for the gods and granted them the right to forge a destiny of their own.   Ihys' gift of free will upon mortals caused the first schism of the gods. On the one side were those (like Asmodeus) who viewed mortals as mere tools and those (as himself) who desired freedom for their creations.

Asmodeus, devastated by his brother's act, showed Ihys the chaos and destruction that he had sowed, and Ihys became the first being to know regret; but the empyreal lord Sarenrae came to him and showed him that great good had also come from mortals' freedom and that other gods supported him. War tore the gods, the first conflict between order and chaos. Ihys defended the right of mortals to choose their own destiny with Sarenrae at his right hand. Finally, on a distant world, Ihys and Asmodeus met for the last time on the field of battle. Asmodeus offered his hand in brotherhood, and then performed the first act of treachery, murdering Ihys with a great spear.

In the last act of sympathy for his brother, Asmodeus allowed Ihys's dream of freedom to stand. He then created Hell as a monument to the old ways of absolute, merciless order and as a warning of what he would one day make anew.   Or such was the word of the Prince of Lies. The truth is far, far worse.

In truth, Asmodeus did not murder his brother despite his best effort to do so. He withdrew the spear and realized that his brother could not be killed. In time, he would regain his strength, possibly through the interference of mortal worship. So Asmodeus sacrificed the Power of the First, as well as a great deal of his own power to bind Ihys in powerful mythic chains and sent him into the Abyss, hoping he would forever remain lost.   Asmodeus then forged the Contract of Creation with the other deities where they agreed not to manifest mortal life, or directly interfere with it. Mortals would be allowed free will, to rise or fall on their own. In the mind of Asmodeus, this would prevent the other gods from locating or reviving his brother by directly manipulating the free will of the mortals. Naturally, there was a clause woven within the contract which would eventually elevate Asmodeus to the level of absolute power that he had before he did battle against his brother Ihys. But that would unfold over time, and Asmodeus was patient.   Deep within the Abyss dwelled creatures that even demons dared not cross. Qlippoth Lords found the bound and weakened Ihys as he descended through the abyss. Intrigued at what they had found, the qlippoth lords tried to free him from his chains but were unable to do so. However, they were able to link with the weakened deity and drove him mad. Ihys was broken and gone. What remained was something dark. Tharzduun, the god of Eternal Darkness, Decay, Entropy, Malign Knowledge, Insanity, and Cold.   The Qlippoth tried to convince Tharzduun to undo what he had done to mortals by giving them free will. If he eliminated free will, mortal souls could be kept out of the Abyss. It would starve the supply of demons that could be created and give the Qlippoth a chance to regain their home.   Tharzduun, however, was quite insane. His mind and spirit had been opened to the qlippoth. The link to those foul beings corrupted him in an instant, driving the deity to madness. But the qlippoth’s plan to seize the Abyss was met with resistance and a twist they had not anticipated. The qlippoth wanted Tharzduun to eliminate mortals, thereby preventing souls from entering the Abyss and creating more demons. Tharzduun, however, did not want to stop with mortals. The actions of his brother Asmodeus had shown him how fallible existence was. The only real truth was entropy. Even the gods themselves ended eventually. In Tharzduun’s twisted logic, the only sane thing to do would be to unmake everything, himself included, and start again.   Now fearing for their own safety from the Chained God, the qlippoth lords sent one of their own to imprison Tharzduun beneath the bottom of the Abyss. The mad god lashed out, and even with but a fraction of his power he was able to twist and corrupt the qlippoth lord by filling the beast with his rage - rage at Asmodeus, rage at mortals, rage at existence.   From there, Rovagug was born.

Whispers from the Darkness

Bound in his prison beneath the Abyss, Tharzduun twisted the reality around him that kept him bound. As demons entered Golarion, Tharzduun would occasionally be able to use these breaches in the walls between realms to reach out and attempt to influence his creations - the mortals of Golarion.   After the events of Earthfall and the eventual decay of the Star Towers, the deity known as Aroden sacrificed himself to strengthen the prison of Rovagug, keeping the Destroyer bound within the world of Golarion. However, this tore open the Worldwound, and gave Tharzduun greater access and influence on the Material World. However, those who hear his words are often quite mad to begin with, and despite their ramblings, they are not taken seriously.

Tharzduun may be a mad god, but he is not a fool. He is restrained by the Seven Seals, powerful bindings that keep him imprisoned. Some of these seals have been broken over time. How they were broken, and how many remain intact, is unknown. It is believed that through his whispers of madness from the Abyss, Tharzduun has passed along artifacts and rituals that may be used to destroy these seals.   The gods are aware of the existence of these implements. A number of them have been intercepted by religious organizations and locked away for the safety of reality. Sects from across Golarion search for any others that may be out there. Despite their beliefs, it is in the best interest of all the gods to keep Tharzduun locked away, as the unmaking of reality will eliminate them as well. They have used divine powers to expunge much of Tharzduun's existence as possible, but the whispers of the Chained Oblivion still echo from the darkness, offering everything and anything to free him from his restraints.   Like his brother, Tharzduun is patient. He knows that one day, he will be free. All roads lead to Entropy. 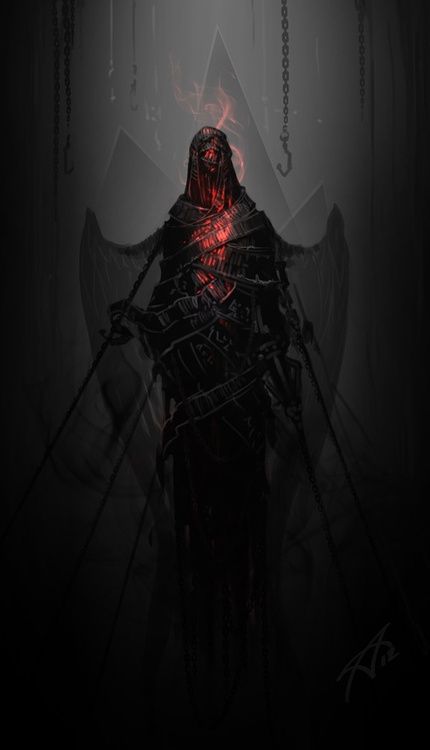