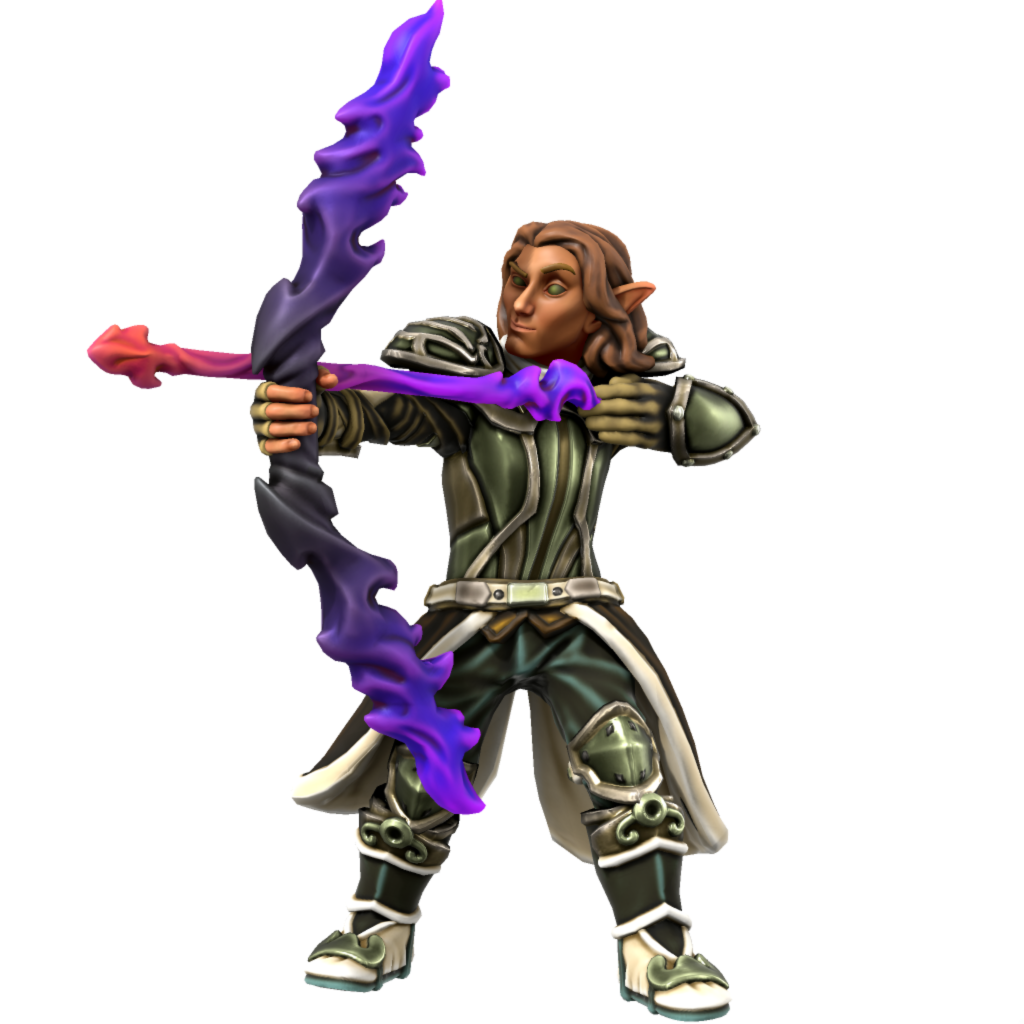 After leaving the Foxglove townhouse, the Saviors of Sandpoint returned to Heidmarch Manor to speak to Sheila Heidmarch. When they arrived, Sheila was in the library speaking to a pathfinder who was looking for some mercenary work. Sheila introduced the elf as Jatsu , a cleric of Desna. "Judging by the looks of you," Sheila said, "it looks like you could use a bit of assistance."   Sheila told the heroes that her contact in the Order of Magnimar Security had no information regarding a person named Xanesha. There was no one with that name as a citizen of Magnimar, which assumes that either the name is an alias, she is new to town, or she is trying not to draw attention to herself.   As far as the Brothers of the Seven, they were a quasi-secret society of investors and entrepreneurs derived from Magnimar's nobility. At various times the organization had included influential figures such as Vorel Foxglove. The Brothers had a variety of holdings and interests throughout the city, so much so that they paid a hefty sum to Magnimar's bureaucracy to ensure the privacy of their files. The exact current membership was unknown as those files were locked away. Sheila suspected that she had not built that level of goodwill with the OMS.   Jayvielle brought up the deed to Foxglove Manor that they had discovered. Sheila read it over and it seemed to verify that the Brothers of the Seven owned the Seven's Sawmill. They also had minor ownership of the manor, at least for a few more years. At that point, they would own it 100%. Aldern Foxglove had two sisters that were still alive, so technically the manor would go to them unless they wanted to sell. If they did, the manor would simply belong to the Brothers of the Seven.

Drawing out the Rats

The next morning, the heroes came up with a plan. Assuming that the Brothers would have eyes on Aldern's property, they would return to the townhouse and essentially move in. Half the party would take the boards off the windows and clean the inside, preparing the place for habitation. The other half of the party would visit an ally in Magnimar who was also on the Council of Ushers and see if they would be able to find a contact for the Brothers of the Seven listed on the deed. They suspected that such overt gestures would draw out the Brothers, and Xanesha.   Jayvielle, Kilgor, and Jatsu went to visit Torabor Gustavos, "friend" of Brodert Quink and the ancient Thassalonian collector who had purchased the giant golden helmet from the party a few weeks ago. They met with Torabor and his wife Seraphina, making their request and gauging Torabor's response. Torabor was happy to help and would make inquiries at the Hall of Ushers. He also gave them a writ giving them permission to be at the Foxglove townhouse in case the guards showed up and tried to evict them.   Meanwhile, at the Foxglove townhouse, Kumiko, Grog, and Gallious discovered that the bodies of the slain faceless stalkers were gone. They cautiously searched the house and, when they were confident they were the only ones inside, they began cleaning and repairing the townhouse. The boards came off the windows. Dirt and blood were wiped away. Spoiled perishables were magically purified. The entire time, despite searching the house, they felt like they were being watched.   Once their business had been completed at the Gustavos manor, Jayvielle, Kilgor, and Jatsu carefully returned to the Foxglove townhouse, watching to see if anyone had taken an interest to their presence.   That night, a Magnimar guardsman came to the door and began asking questions as to why they were there and where the owners of the townhouse were. Jayvielle showed them the writ which seemed to satisfy the guard's curiosity. The guardsman admitted that he had been patrolling the area for a couple of weeks and hadn't seen any life in the place, which was why he came knocking today.

Later in the evening, the heroes decided to case the Seven's Sawmill. Infiltration would happen the following evening, so this was simply a scouting mission. However, when they arrived at the mill they found a scene of chaos. The mill was engulfed in flames. Several guardsmen were frantically trying to put the fire out with a futile bucket brigade, while others were keeping civilians from getting too close. The heroes jumped in and aided the guardsmen with both magic and muscle.   Jatsu remained on his horse, keeping an eye on the crowd to see if the firebug was among them. He noticed something on the ground - a waxy flame accelerant. Grog made a similar discovery on a nearby shed, only the substance rubbed on the wall of the shed was a flame suppressant. Inside the shed, Jatsu discovered an image carved into a stone tile on the floor - a one-eyed mask, the holy symbol of Norgorber, the deity of thievery and assassination. Underneath the tile was a narrow stairway that led down beneath the city.   The party descended into catacombs that, while old, were surprisingly clean. They were also lined with coal-burning urns, each bearing iconography of one specific aspect of Norgorber - Father Skinsaw. The party realized that Alder Foxglove, the Skinsaw Man, and the Brothers of the Seven were all part of a very dangerous death cult.   Moving further into the catacombs, the heroes discovered a handful of cultists in the midst of a ritual. The victim had been ritualized like the victims of Aldern Foxglove. They arrived just as the victim was killed, and as the blade plunged into his chest Kilgor saw crimson whispy energy leave the body and streak through the ceiling. Seizing the opportunity, the Saviors of Sandpoint rushed into the room and got the jump on the cultists of Norgorber. With the death of each cultist, Kilgor watched the crimson energy leave their bodies and pass through the ceiling.   The cultist leader who had performed the sacrifice at the altar immediately cast an Invisibility spell and vanished. The party blocked the entrances to prevent his escape. He reappeared after the cultists were slain and the cleric of Norgorber channeled negative energy, hoping to weaken as many as he could. However the negative energy only did enough to get the party's undivided attention. Kilgor carved into him with his greataxe, knocking his ritual mask loose. The heroes recognized him as the man they had met during the Gustavos dinner party, the man who had sent Tsuto to the Hells... Justice Ironbriar   Jayvielle put Justice Ironbriar out of his misery. Once again, Kilgor watched as the crimson energy left his body and emerged through the ceiling. He pointed out what he had seen, and while searching the bodies they discovered the potential cause - each cultist, including Justice Ironbriar, bore a hand-sized mark of the Sihedron on their body. Was this part of the ritual as well? Did they know they were marking their souls to be sent... somewhere?   Satisfied that the immediate threat had been dealt with, the party searched the rest of the catacombs. They found gold and valuables the cult had taken from the people they had murdered. Justice Ironbriar had set up a room to act as his own personal office. It was also his trophy room. The walls of the room bore macabre decorations— human faces stretched flat over wooden frames by strips of leather or black twine. Each face grimaced in a slightly different expression of pain. Over sixty faces were stretched out of his walls.   In a cupboard, Ironbriar had various rare tomes and items tucked away. Near the bottom of the cupboard was a slim volume that served double-duty as a ledger and journal. Ironbriar recorded everything in the journal in a language he painstakingly invented himself using a mix of Draconic, Elven, and Infernal characters. What is contained in the ledger is enough evidence to put Ironbriar in the gallows. It outlines many of his murders and corruptions over the past several decades, and some from even earlier than his time in Magnimar. The journal went on to reveal that someone Ironbriar referred to as “Lovely Xanesha” had stolen his heart and provided him with a new method of murder. There was not much information about Xanesha in the journal, but the book did reveal that he’d visited her dozens of times at a site in northern Magnimar called the Shadow Clock. 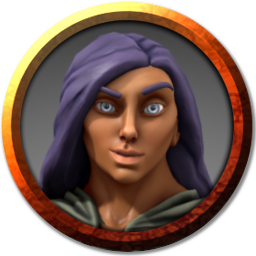 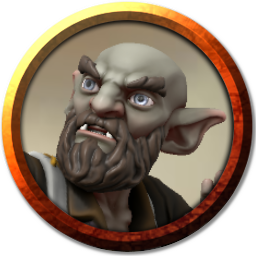 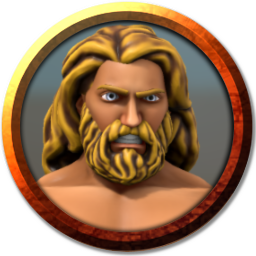 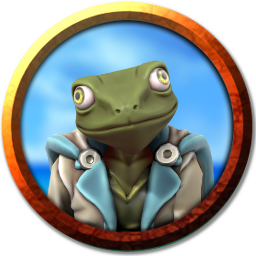 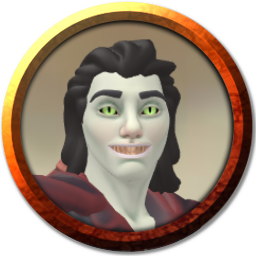 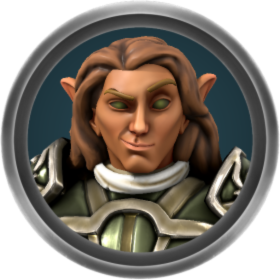