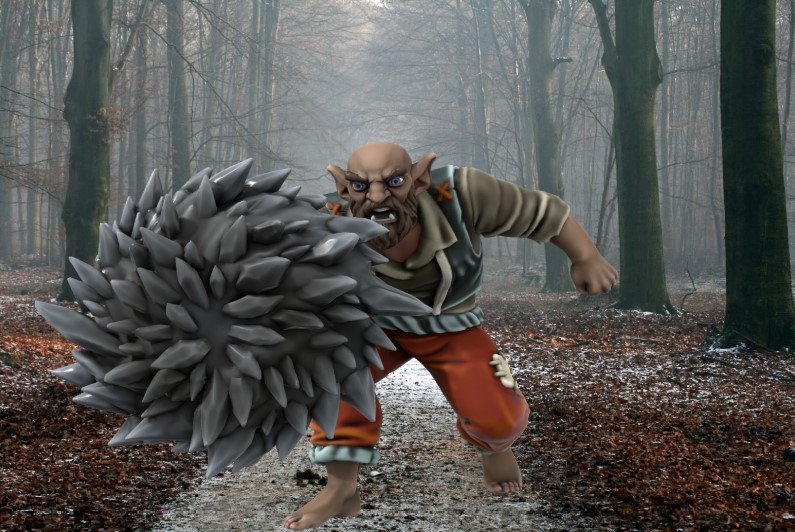 Ogrekin are the result of an unfortunate union between an ogre and a humanoid. The ogrekin (or half-ogre) is cursed with horrific malformations due to its tragic ancestry. Shunned by both parents, ogrekin tend to form unstable clans of their own, often resorting to inbreeding to sustain the collective. While good-natured ogrekin are not entirely unheard of, they are far and few between.   This one was no exception.   After freeing a firepelt cougar from a nasty metal trap, the heroes found themselves in combat with the person who set the trap – an ogrekin and his six massive hunting dogs. They overcame the hunting dog issue by killing five of them outright but calming the sixth with food (and perhaps some unspoken scritches).   The hunter was also dealt with but less terminally. He was subdued, shackled, and questioned. The heroes noticed the blanket wrapped around his waist and recognized a few of the patches sewn into it – one of which was the patch worn on the uniform of the Black Arrows. When questioned about this, the hunter admitted that his mammy put the patches on his blanket, and those patches came from the people they caught (and ate.)   Satisfied that there was nothing left to get out of the hunter, the heroes had a brief conversation about what to do with him. Alduin dragged the restrained ogrekin into the forest and tied him to a tree, along with his surviving dog.   The party followed the firepelt cougar down a semi-concealed path through the forest. The path led to a cleared-out section of land, and an old and weathered farm. Grog used his stealth to make his way along the path leading to the farmhouse but was seen by two sentries – a pair of nasty ogrekins with even nastier ogre hooks. Grog retreated and signaled for the party to advance. Once the sentries were defeated, the heroes then advanced toward the buildings. The cougar made its way to the barn and the party followed suit. Inside the barn were another four ogrekin who were cleaning about a half-dozen large dog kennels.   With the kennel-cleaners defeated, the heroes addressed the large barricaded door in the back of the barn. They managed to force the door open and made two interesting discoveries. The first one was a cage high up on the catwalk that held three badly beaten prisoners. The second, and more concerning, was the elephant-sized spider that crawled out of a funnel of webbing in the ground and hungrily began to scurry towards them. 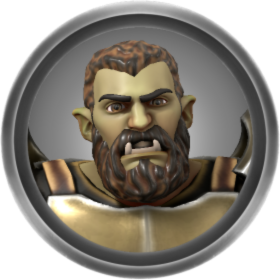 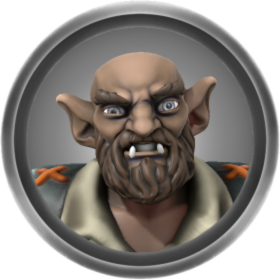