Naebler was a gnome sa'har apprentice who trained under the sa'har consular Chakos Vrinn before the events of Earthfall. He joined Chakos within the pocket dimension of of the mystical pyramoid created by Chakos. Together they trained for thousands of years, essentially immortal within the construct.

Naebler had been in one of the libraries within the pyramoid, somewhere he was not supposed to be. While perusing the titles along one of the shelves, a glowing portal opened between two shelves. This alarmed Naebler as they had only had less than a handful of visitors in the ten thousand years that their world had been in existence, and never had anyone been able to create a portal to gain entrance. It was something considered "impossible."   Slowly peeking around the corner, Naebler watched as an odd-looking elf stepped through. He was physically larger than any elf Naebler had ever seen. His skin was a dark purple, and he was bald. Most notable was that one eye was blue, but the other had an unnatural green glow to it. Naebler panicked and charged, taking the big elf off-guard. Before the portal could close, Naebler was somehow able to tackle him around the knees and the two of them fell back through the portal.   The elf managed to kick himself free and stomp Naebler away from him. The gnome looked around and realized he was no longer in the pyramoid. He was in a laboratory of some kind. A large armored figure grabbed him by the throat, lifted him into the air, and threw him across the room. Naebler hit the wall and crashed down onto a table filled with glass beakers filled with chemicals. The glass broke and buried shards in his flesh, the chemicals burned his skin. He rolled off the table and fell to the floor. He turned and saw that the big elf was holding a black and red pyramoid of his own. Normally pyramoids had a glow to them, but the one the elf was holding appeared to be broken somehow.   The armored man grabbed Naebler again and pulled him off the ground. This wasn't an elf, Naebler guessed. Human maybe? Through the visor, Naebler could see two glowing embers where eyes should have been. Heat seemed to radiate from behind the visor as if the gnome was behind held before a small forge. "Where's Chakos!" the armored man demanded. Naebler had no answer. The armored man pinned him against the wall by the throat. Naebler felt the gauntlet tighten around his throat, choking the air and blood out his neck. The gnome gagged and clawed at the arm while the large furnace yelled angrily for Chakos to come out and face him.   Then the human hit Naebler in the face, and Naebler thought his skull had broken apart. The second blow sent him into the shadow realm of unconsciousness.   Days later, Naebler’s body was found on the bank of a river close to Minas Amer by an elf named Zevris. He thought the gnome was dead. Naebler recovered, but his vision did not. However, when he said who he was the Draa'kyl took him into their ranks. Naebler began dictating some of the knowledge Chakos instilled in him, earning a place within Minas Amer. He resigned himself to the fact that he may not have been a very good warrior, but he had been an excellent student.
His vision was restored by the shaman Rooker Shango, member of the Guardians of Golarion

As a young gnome, Naebler watched helplessly as humans ransacked his village. A pair of sa'har knights, one of them a consular, stepped in and saved the gnomes. The consular, a bold and arrogant elf, impressed Naebler so much that he swore on the spot that he would one day become a member of the sa'har order. The elf, Chakos Vrinn, was dared by his associate to take the young gnome on as an apprentice. Chakos was so confident in his abilities that he agreed. Sadly, gnomes and their lack of focus made tapping into the akashic flow almost impossible for the young Naebler. However, Naebler did whatever was asked for him and never gave up his dream to one day become a sa'har knight.   Naebler and Chakos nearly perished during the events of Earthfall. However, in an unprecedented move, Chakos spirit-bound Naebler as well as himself to his personal pyramoid, allowing the gnome to live in the pocket dimension of Chakos' own creation for as long as he wishes. 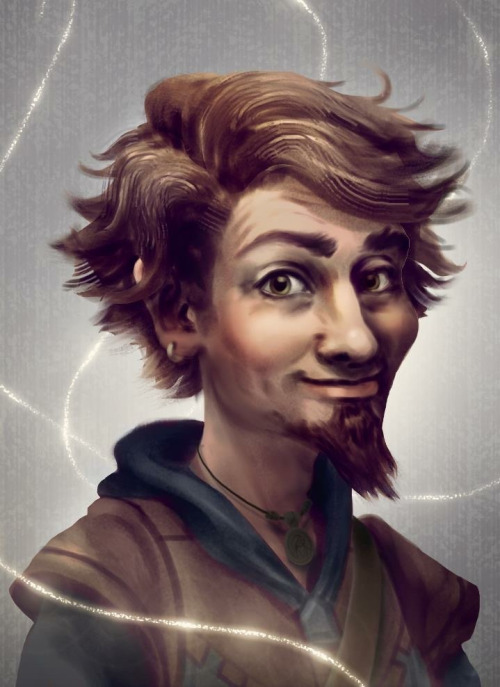