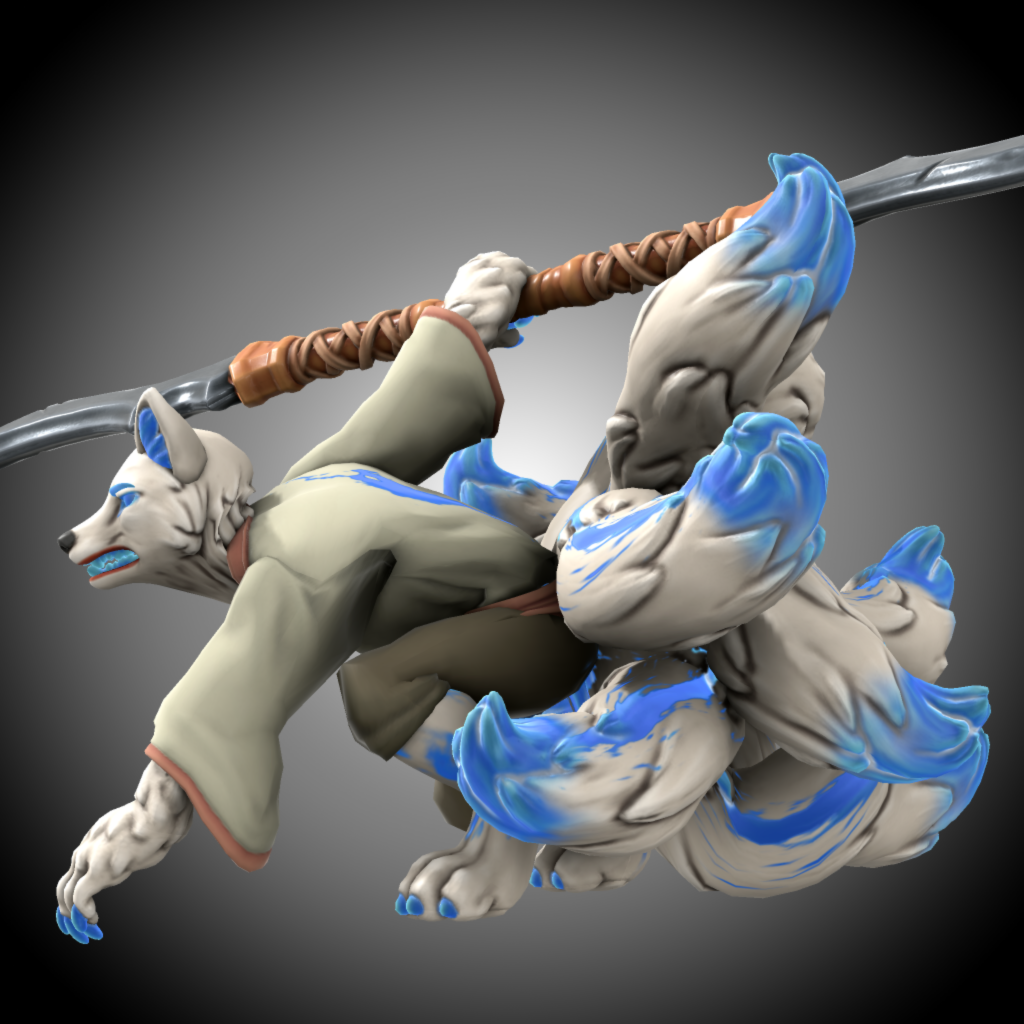 Khaylus, magical patron of Kumiko, is a creature known as a star fox. Star foxes are said to be mystical beings. They have two forms - one canine, and one bipedal. They have multiple tails, hinting at a fey ancestry, and are filled with a curiosity that manifests as grand explorers. Star foxes are able to plane shift without needing to attune to the plane they are traveling to, and some are even able to manifest throughout time. However, creatures like the Hound of Tindalos love to feed on star foxes, and their numbers have greatly diminished. There are only a handful of star foxes left in existence. 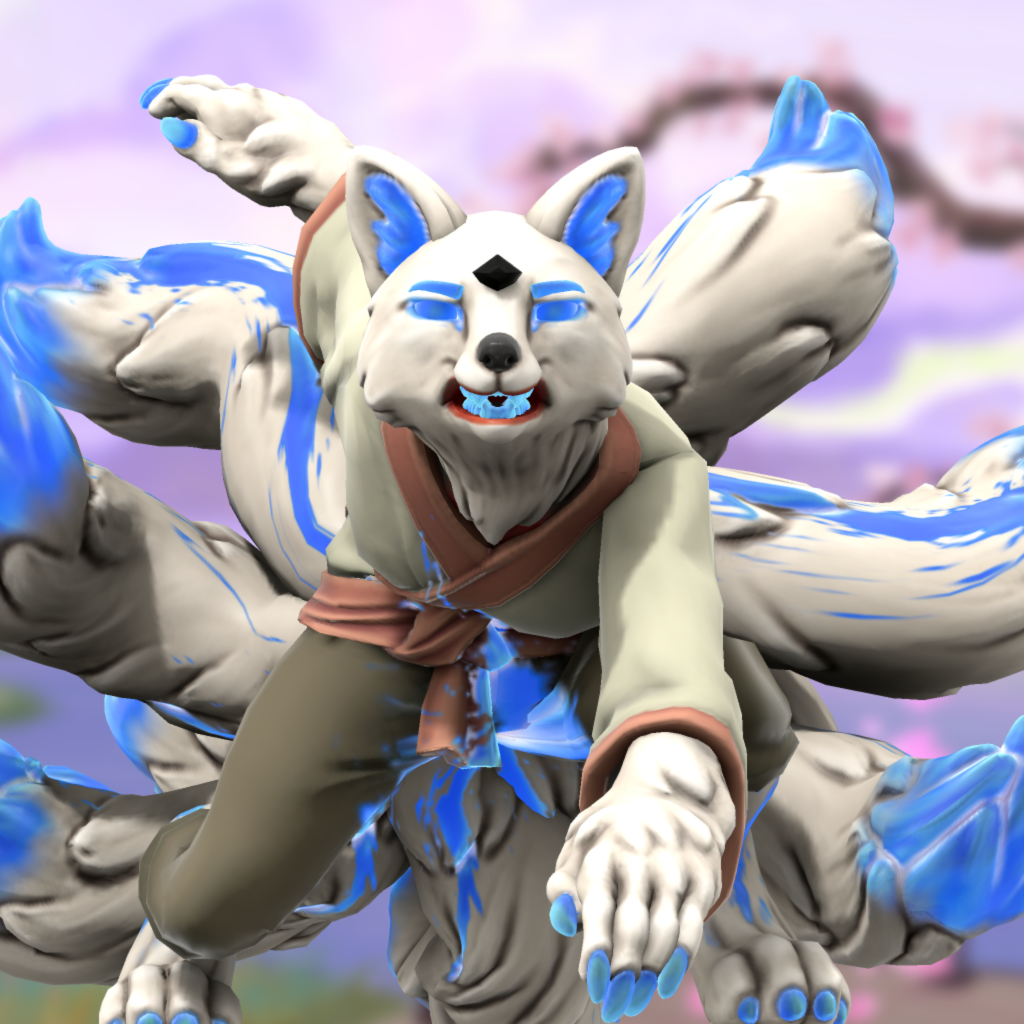