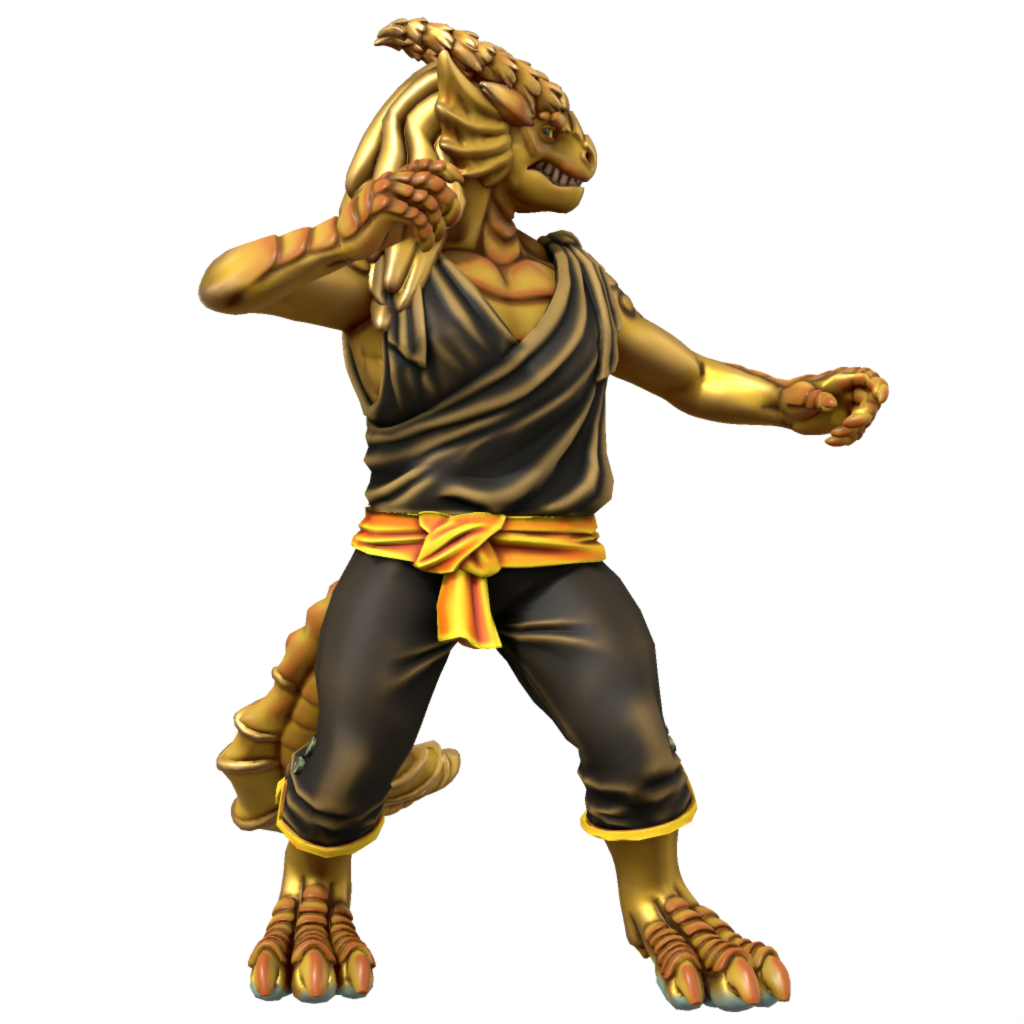 Kenoshi is a Drakkyl (specifically Draconian) former gladiator slave from Riddleport. Owned by crimeboss Clegg Zincher, Kenoshi fought his way to freedom in Zincher's Arena and became a town fan favorite. Once freed, Kenoshi opened up an inn/tavern called The Inn of the Golden Master and hosted his own combat games in the in-house fighting pits.

Kenoshi's history is shrouded in mystery. He was sold to Clegg Zincher by master alchemist and black market dealer Bertox Xulous. Bertox told people he had actually created Kenoshi through alchemical means, but that had been disproved. 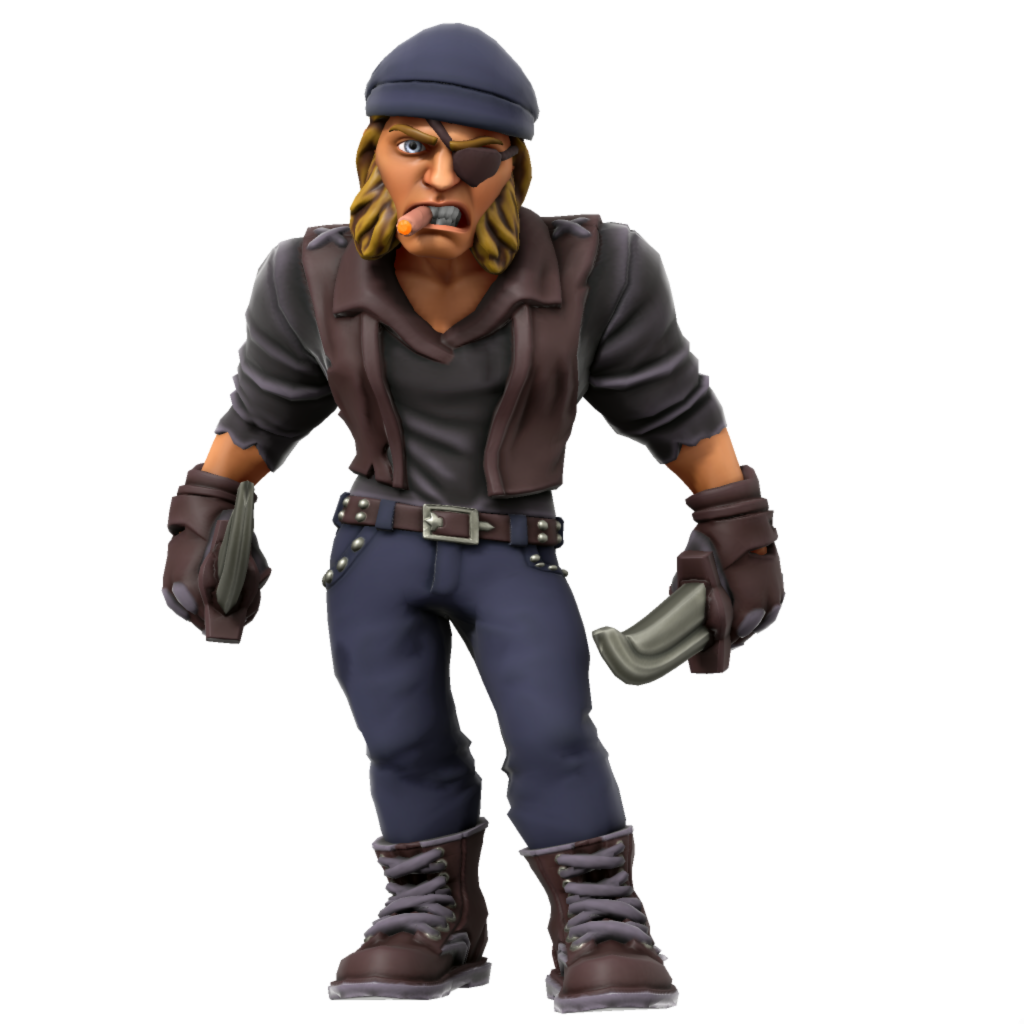 Kenoshi never spoke about his life before coming to Riddleport, but his halfling partner Hank once mentioned that Kenoshi was on the run. Who he was running from, and why, is a secret Kenoshi took to his grave.

Kenoshi was a star attraction for Clegg Zincher. Clegg had paid top dollar for the draconian and wasn't happy at the prospect of losing him. Zincher threw obstacle after obstacle after Kenoshi, hoping he would fail in his bid for freedom. All he ended up doing was building an underdog that actually rallied a corrupt city like Riddleport behind him. Had he not given his word that he had no interest in politics, Overlord Gaston Cromarcky might have feared for his job.

To Kenoshi, his word was his bond. It meant everything to him. In a city filled with liars and deceit, Kenoshi was one of the few people who kept his word. He was also respected enough that others tended to keep their word to him. And for those who didn't, Kenoshi would correct their behavior with his powerful bare hands.

The Inn of the Golden Master Inn was not just a social establishment. It was also the front for the Crimson Coin, a bounty hunting guild. Kenoshi was its head until the Inn was destroyed during the tsunami following the Night of the Starfall in 4718. Kenoshi then bought the Gold Goblin, but it was destroyed months later when Kenoshi was killed. 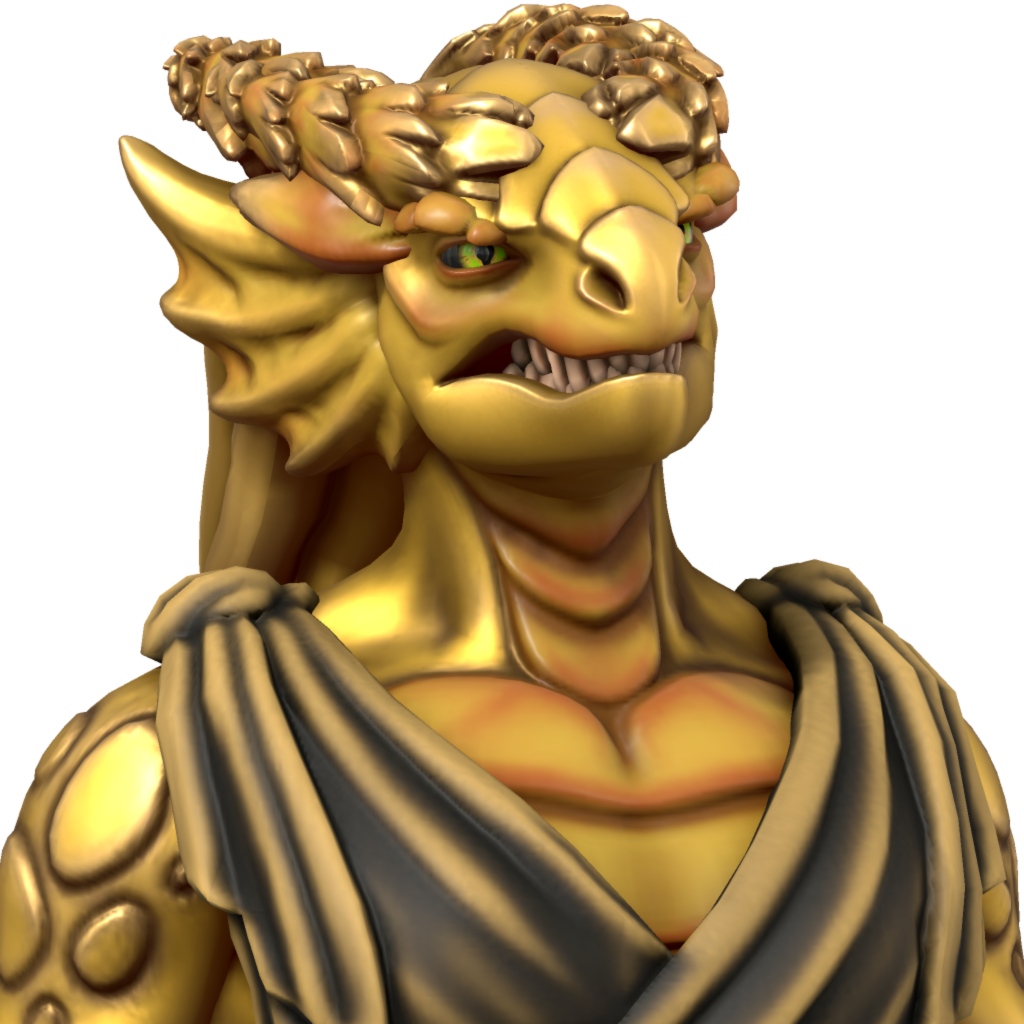