Kadrus Stormblade (formerly Shieldwalker) is an androgynous elf White Mage Arcanist, formerly a member of the adventuring group known as the Warbound led by Roglas Gorestorm.   Recently, while speaking to Brodert Quink, Kadrus was attacked by the hobgoblin monk Sereg and beaten unconscious. After announcing that "this is what happens to thieves," Sereg destroyed Kadrus' left hand. This was apparently in retaliation for Kadrus stealing the Warbound's communication ioun stones, as well as a magical artifact known as the Shard of Pride. Sereg vanished before Brodert could do anything, not that he had any intention of moving against the hobgoblin.   After healing, Kadrus took advantage of his proficiency with his mage hand cantrip. He maintained his concentration and manifests the mage hand over the stump that was once his left hand. Because of his specialization with the spell, it takes barely any effort to manifest the spell.

During a time of distress, Kadrus conveyed a story to Kumiko and Gallious that hinted at his origin. 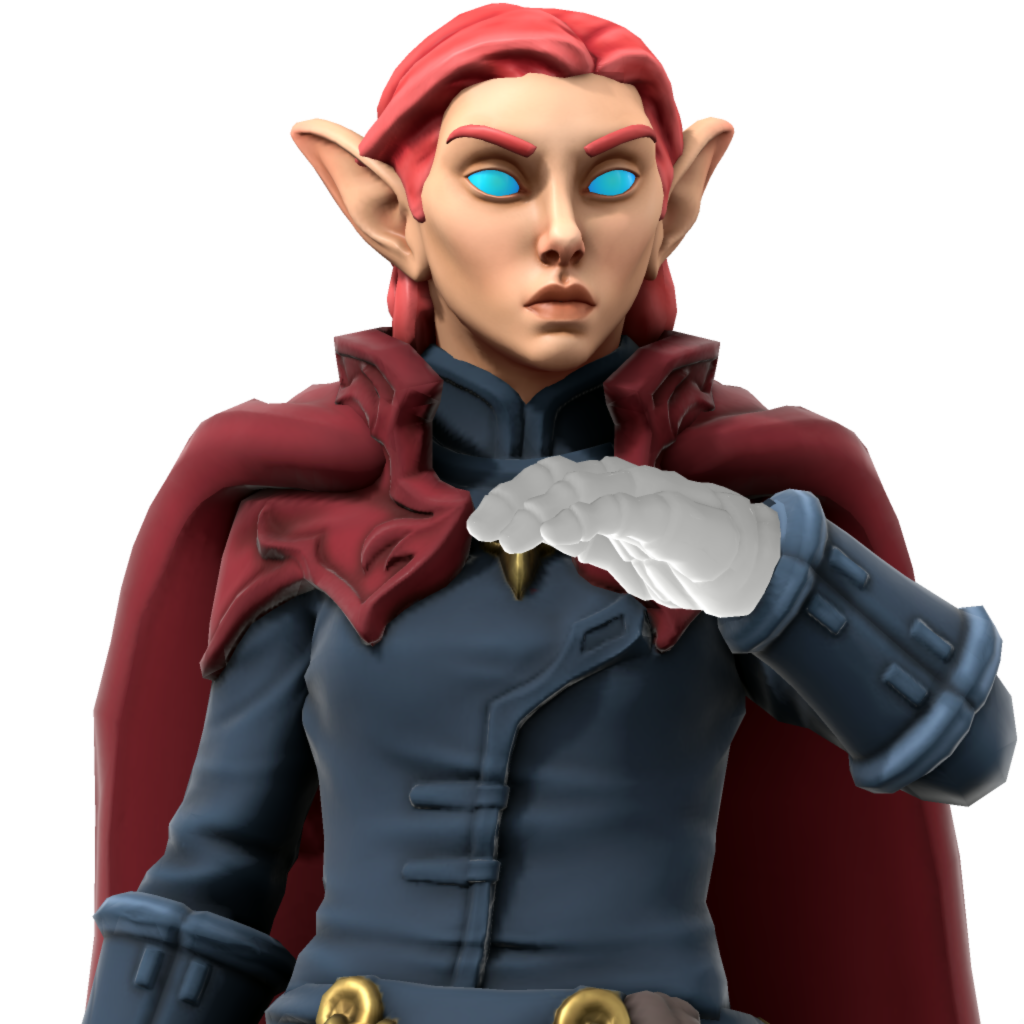