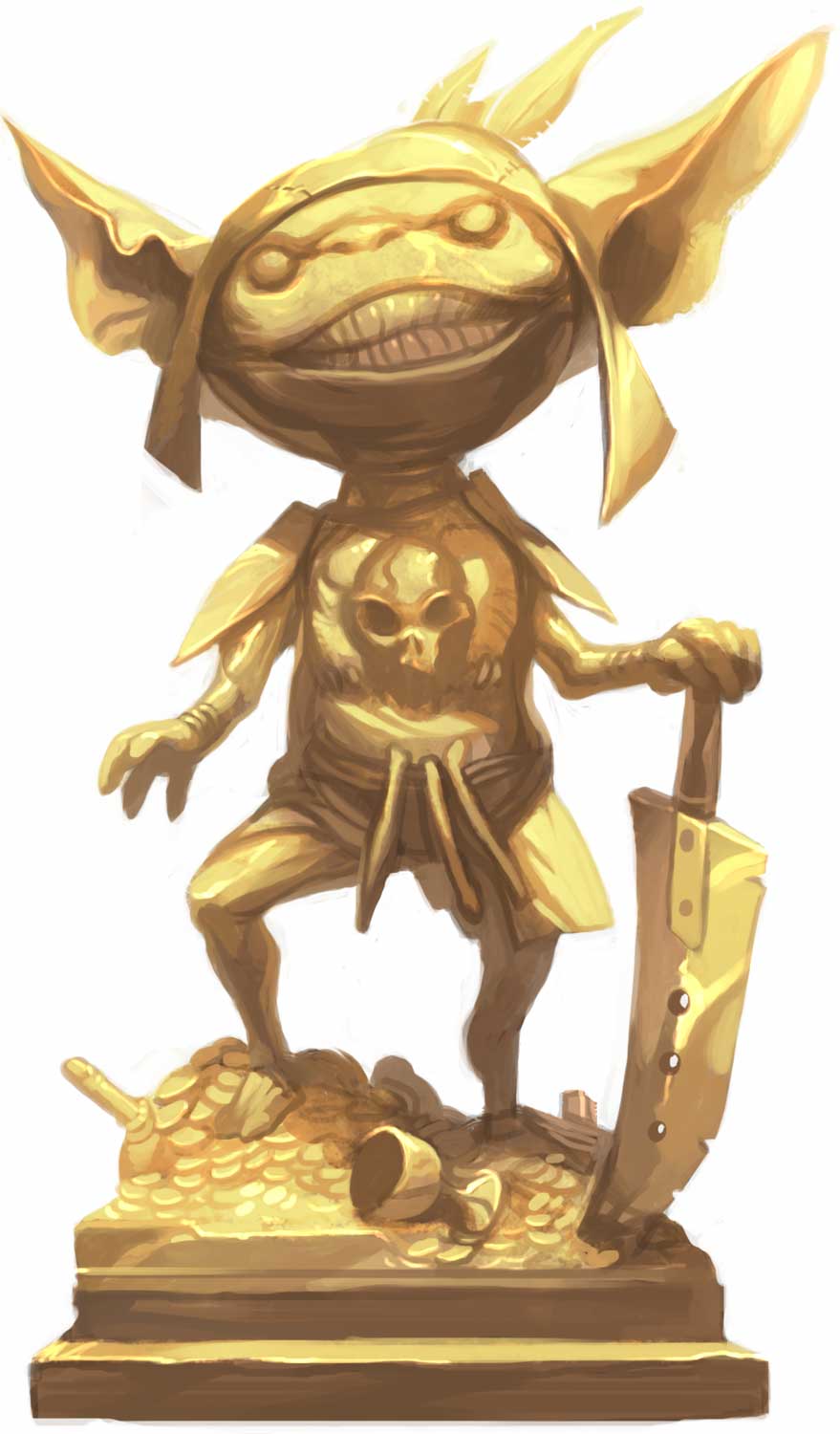 The Gold Goblin Gambling Hall is a gaming hall and casino located in the Varisian city of Riddleport . Located in the bustling Wharf District, it hosts a number of games of chance and skill, including bounder, ghoulette, golems, and skiffs.

One of the first and finest gambling establishments in Riddleport, the Gold Goblin attracted attention with its brass-plated dome atop the casino and the eight-foot-tall statue of a goblin at the front entrance. After the recent rebuilding of the Gold Goblin, both features were added to the new construction.

Being within bowshot of the Velashu River, the Gold Goblin enjoyed great success during its earlier days but time, competition, and mismanagement resulted in it falling from prestige. A new owner by the name of Saul Vancaskerin purchased, renovated, and reopened the Gold Goblin in 4718 AR with a gambling tournament he dubbed 'Cheat the Devil and Take his Gold'.   Although the business began to regain popularity since its reopening, it suffered a series of setbacks. Saul decided to sell the business to a drakkyl named Kenoshi, and leave town. Shortly after taking ownership, Kenoshi was killed and the Gold Goblin was burned to the ground. However, recently the building had been rebuilt and reopened by Kenoshi's partner Hank Greyhouse. How well the place does now, remains to be seen.
Type
Casino
Parent Location
Riddleport
Owner
Hank Greyhouse