"Of all the races of Thira I have thus encountered on my journeys, the El'Vah are among the most intriguing. Children of Life and Air, our siblings from the sky are still full of mystery to "Gra'vit" or ground-walkers, as they call us.   "I recall quite clearly the first time I met them, as a young child in the Glimwood Vale. From the tops of the giant Ironwood trees they descended, majestic yet fragile wings flitting up and down so quickly my eyes could scarcely comprehend. Their thin, yet powerful legs easily absorbed what was left of momentum in their fall, and they stood before us proud and tall. They extended one of their upper arms to us to shake our hands, leaving their fierce claws by their side in a show of good faith. Their armored torsos glimmered in the sunlight, and the shell which houses their wings when unused seemed to me a chitinous work of art.   "The traders we dealt with spoke Common fairly well, though with a vague accent. We exchanged pleasantries, and when we came to terms they declared our trade was acceptable to the Queen and the Hive. I saw my older sister speaking with one of them, and while I could not quite see where he was looking with his bulbous eyes, it seemed they were transfixed with one another. I did not understand it at the time, but that exchange would eventually lead to my wonderful winged nephew.   "Their leader called to the others and, as one, they spread their wings and took to the sky, occasionally using their claws to grasp the side of one of the massive trees as they ascended higher and higher with their goods in tow. We, for our part, were able to gain some of the rare honeys and fruits from the treetops, which were far more delicious, to my young tongue, than the pork we had offered them. As we departed, I remember asking if they were angels. My father merely laughed, and we began our journey back home."   ~Talin Offire, Peoples of Thira

The El'Vah are a sophisticated, intelligent, and sapient species, and one of the twelve elemental races of Thira. 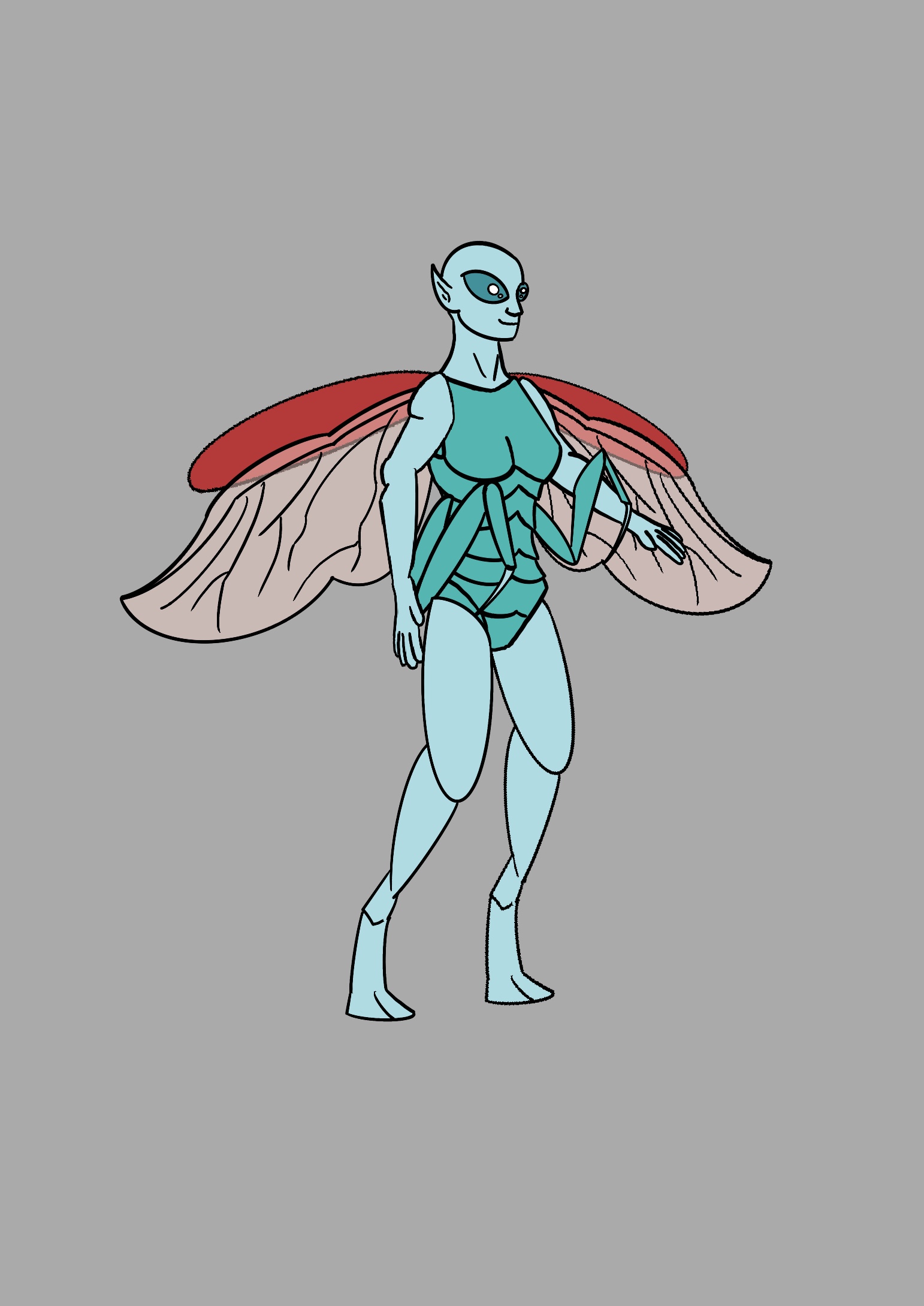