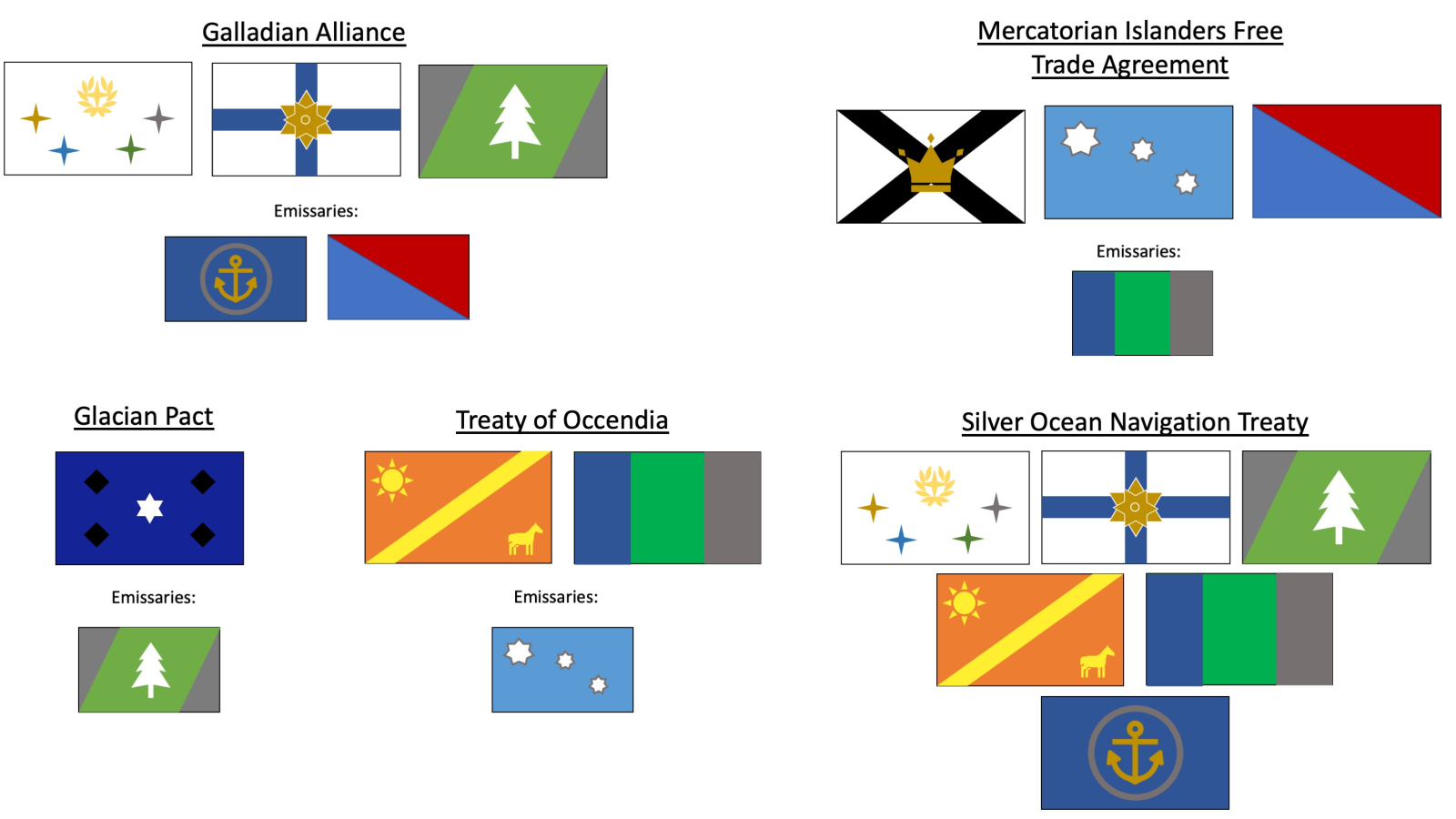 The Galladian Alliance is one of the oldest and most powerful alliances in the world. It was formed following a brief period of territorial disputes after the fall of forefather control. Geographic features were the largest influence on these skirmishes, and resulted in the borders that exist today. After years of stalemate, and after which no side could land any decisive blows or movements past these features the Alliance was formed, at the recommendation of the Academy. It is based in the keep of Arborvale, and the three major members all have diplomats present within the keep.

The Alliance seeks to foster cooperation and open trade between the people’s of Galladia, and help to maintain freedom from foreign influence. The member kingdoms have agreed to pay proportional shares of their tax incomes to the Academy at Arborvale, in return for professors and blades being deployed throughout the lands. The Alliance also maintains a standing guard, independent of the militaries of the realm. It is made up of 100 members of the military of each member nation, typically the most highly skilled members, and maintains a large garrison at Arborvale (100 guards). Smaller garrisons of 25 guards are stationed at Tierney, Meridea, Arnea, Gallis City and The Crossroads. They often work closely with the Rangers of the Academy.
The Free City of Storm Stone and the Hand of Maria each have at least one emissary present at all meetings of the Alliance. Other foreign nations are barred from being within the meeting halls of the pact.
Once every six years, a new diplomat is chosen for each respective kingdom. A single person can only be nominated as diplomat for three successive terms, and a single family can only hold the positions for 4 successive terms.
Type
Political, Alliance

Tweet
© 2015-2020 Maxwell Hall All Rights Reserved. Not for commercial reproduction or unlicensed use.