One doesn't see The Poor Loser, exactly, and certainly nobody is looking for it when they find it. Rather, they wander along new streets, lost in their own thoughts. They observe an uninviting door which doesn't quite fit its frame, in a building that seems literally bent over with age. Curiosity overcomes a general sense of ennui and they enter the building.
Inside, there are games being played. People concentrate on their cards, roll dice, spin mechanical wheels or watch numbers tick off a large board. There are no lights flashing, music or bells. In fact, there aren't even any electronics: no cameras, slot machines, alarm systems.
Nobody greets them or even acknowledges their presence as they walk in. But there's a seat open at the game that appeals to them. Never tried Baccarat? Never understood the subtleties of Texas Hold'em? Dice never come up 7's? It doesn't seem to matter. The seat is open, and the play seems so simple. Sure, there are wins and losses, but nobody crashes out, and there always seems to be another chip left for one more round. The odds aren't just fair...the house doesn't even seem to be taking a cut.
Fancy a round or two of Chemin De Fer? Never heard of it, but it sounds good. The next eight may come the easy way or the hard way, but people are willing to bet that it comes. Nobody comes by with drinks, but that's okay because nobody is really thirsty. Besides, always hit a soft 16. It's easy to pay attention to the game: there is no real talking, cheers or cries of anguish. The four men standing there are really interested in helping the game progress smoothly, and it would be rude to make them wait.
Then it's late, and time to head out. No clocks, of course, but one can tell when it's been long enough. This has been a good distraction from what bothered. In fact, it's almost easy to forget what it was--and in the grand scheme of things, it's just one more event that will pass.
As people check their wallet, they seem to be up 20, or down 50, but nothing that really matters. They had enough to go in, and they have enough when they come out. If they're up, maybe they'll buy themselves a churro and a cup of coffee at the diner.
You find your way back to the streets you know...it's still dark, and the lights can't make it through the fog that has sprung up while you were gaming, so you have to stumble and wander back towards the place you are calling home. You find it strange that there aren't more cars on the street. You find it strange that the couple ahead of you is talking animatedly, but the fog is keeping you from hearing them. You find it strange that a gambling house manages to stay in business when it isn't taking the house's cut on the games. You wonder how they stay afloat, and why they bother.

The Poor Loser is a gambling house that serves the people who find themselves there. It's not clear who owns it, who runs it, or what their business model is, if they even have one.

The building is very old, held up by its own will as much as any support beams. The door doesn't fit, and the ventilation isn't great. But at the same time, it isn't drafty, and it isn't stuffy. When it's raining, nothing ever leaks through to the visitors or the tables they play on.
The decor is a bit dated, maybe 20 years older than it should be, or maybe a bit more. The art doesn't hold the eye, because it was overdone during its heyday and these have faded, and almost blend into the wall. The gaming tables are in good shape, but have seen the wear of a year or two; it will probably be time to replace them in a few months.
As for the lighting, bulbs never go out of style, and does it really matter what holds them? The lamps illuminate the tables and the people around them. The dice can be read no matter where they end up, and how hard is it to hit an inside number anyway?

Nobody is sure of The Poor Loser's history, which makes sense because even the people who go there never seem to give it much thought. The streets have been there since the town was new, but nobody really notices them, except maybe to unconsciously observe that there's surely a better way to get where they're going.
Most guide books forget to even mention the area, and they certainly don't call out any interesting places that might be found there. When it does get mentioned, those pages aren't interesting and get skipped, which is fine with the streets.

One normally thinks of tourists as out-of-town visitors bringing their money to the town, and using it to hit the cool spots. They let their behavior be just a bit more excessive and free-spirited than they would normally allow. An evening spent with an additional drink, or an additional person sharing the bed is de rigueur.
But visitors to The Poor Loser can be from anywhere. Nobody sets out to go down those streets, or through that door. They may come from a bad day at work just down the road, or be newlyweds who are getting their first glimpse of what forever means. They may be in town for an international business meeting, may have just had a fight with a friend, or be running from something that just happened. Maybe they are just lost.
To the door, they are all tourists, and the House welcomes them. 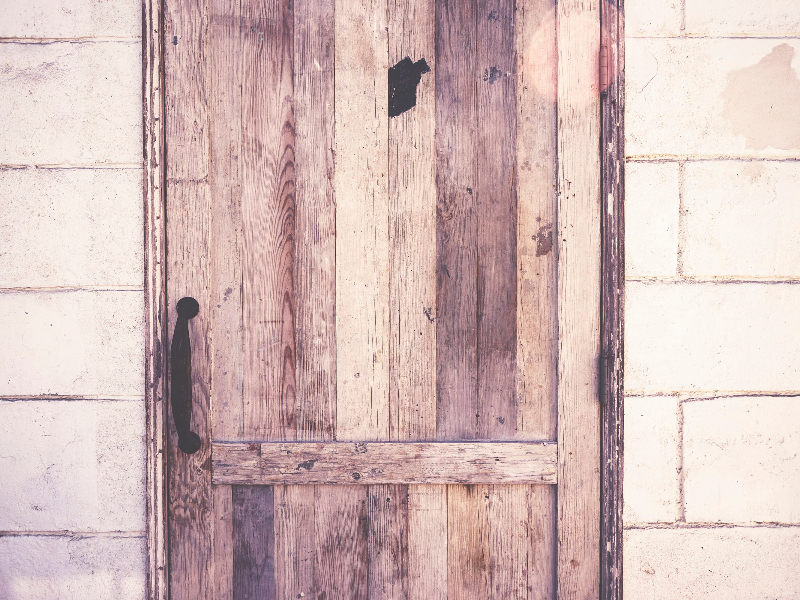