The United Tribes of the Gueta Ko

The Gueta Ko are the twenty flames. Each flame represents the central fire of one of the twenty tribes that roam and ranch the great sweetgrass sea of the Sakakuisy. Each tribe is led by an Eipaa and each Eipaa is part of the United Tribal Council, the oligarchy that controls the territory and its people. Each Tribe is split into 30 clans, and each clan has its own ooEipaa as leader. These 30 ooEipaas form their own all-clan-council, which manages the territory that is assigned to each Tribe. They also form the elective body that chooses each new Eipaa for the Tribe when necessary. The United Tribes of the Gueta Ko equal about 100,000 people, with each Tribe containing around 5,000. There are usually between 100 and 150 people in each of the tribe's 30 clans, or about 15-20 families. All social organization is matriarchal, from the individual family units to the United Tribal Council. Lineage is traced through the mother's clan and tribe and women are considered the embodiment of the Moon Mother, thus afforded great respect within the culture.

For many years after the devastation of the Foaba, humanity on the Island was nothing more than broken and lost wanderers, grouped into small bands of strangers in order to survive.  Eventually, strong and charismatic leaders stepped forward to help lead people back into some semblance of civilization.  The first of these was Kyn Rämwar, who eventually became the first king of Bramin - but that's a story for another time.   After the people of Bramin began organizing themselves into greater numbers with more structure and resources, they became more of a threat to the autonomy and agency of the peoples living on the other side of their borders.  Over time, these peoples began gathering into familial-based clans, and then into tribes, in order to protect themselves and the land they claimed as theirs.  These tribes were mainly nomadic, following their herds of uru and horses across the great grass sea, as they relearned how to tame and manage the livestock that had been left to the wild after the Foaba.   Eventually, as the Kingdom of Bramin became a dominant force, and as the peoples on the other side of the Island began to move toward creation of the country of Tayon Ke, the tribes felt the pressure of needing more structure in order to maintain their place in things - specifically to manage trade and resources.    In 115fa, each of the twenty tribes agreed to send representatives to the Skemax for the first of many discussions about an alliance between them.  Over the next two years, the details were refined, territories defined, and covenants signed.  During the full moon in the final month of 117fa, the first United Tribal Council met, and under the solemn gazes of the Shampo and the Moon Mother, became the Twenty Flames.

Territorial Management
The tribes of the Gueta Ko control all of the Sakakuisy, ranging from the border of the Che Kycho Quy in the north to the Ayozoisy in the south and west, and to The Atmax in the east.   Each of the tribes has been given management of a certain territory within the Sakakuisy. These land assignments date back thousands of years and have shaped the subculture of each of the tribes. The lines of delineation are proscribed by the ancient aqueducts that wind their way through the Saka - aqueducts believed to have been built by The Muka long before the Foaba.   The specialties of some of the tribes, according to what their assigned territory requires of them (or offers to them) are as follows. These tribes do some ranching, but only enough to provide for their own needs. The other 13 tribes focus their attention on ranching and basket weaving. They trade some of the items they produce to the above tribes in exchange for their services, thus the economic system within the Gueta Ko is one mostly of bartering and trade. It is only in dealing with the other countries of the Island that they use any type of currency.

In the Tribes whose main occupation is the raising of livestock, each family owns a herd of around 50 uru, 50 horses, and about 10 herding dogs. All together, The Gueta Ko own approximately 500,000 uru, 500,000 horses, and 100,000 dogs.
Uru
a type of very large bovine, provide milk and its by-products to the people of the tribes, as well as hide and hair for clothing, tents, etc. Any excess of these products can be sold. The uru themselves are also occasionally sold to farmers in Bramin to be used as farm-working animals. 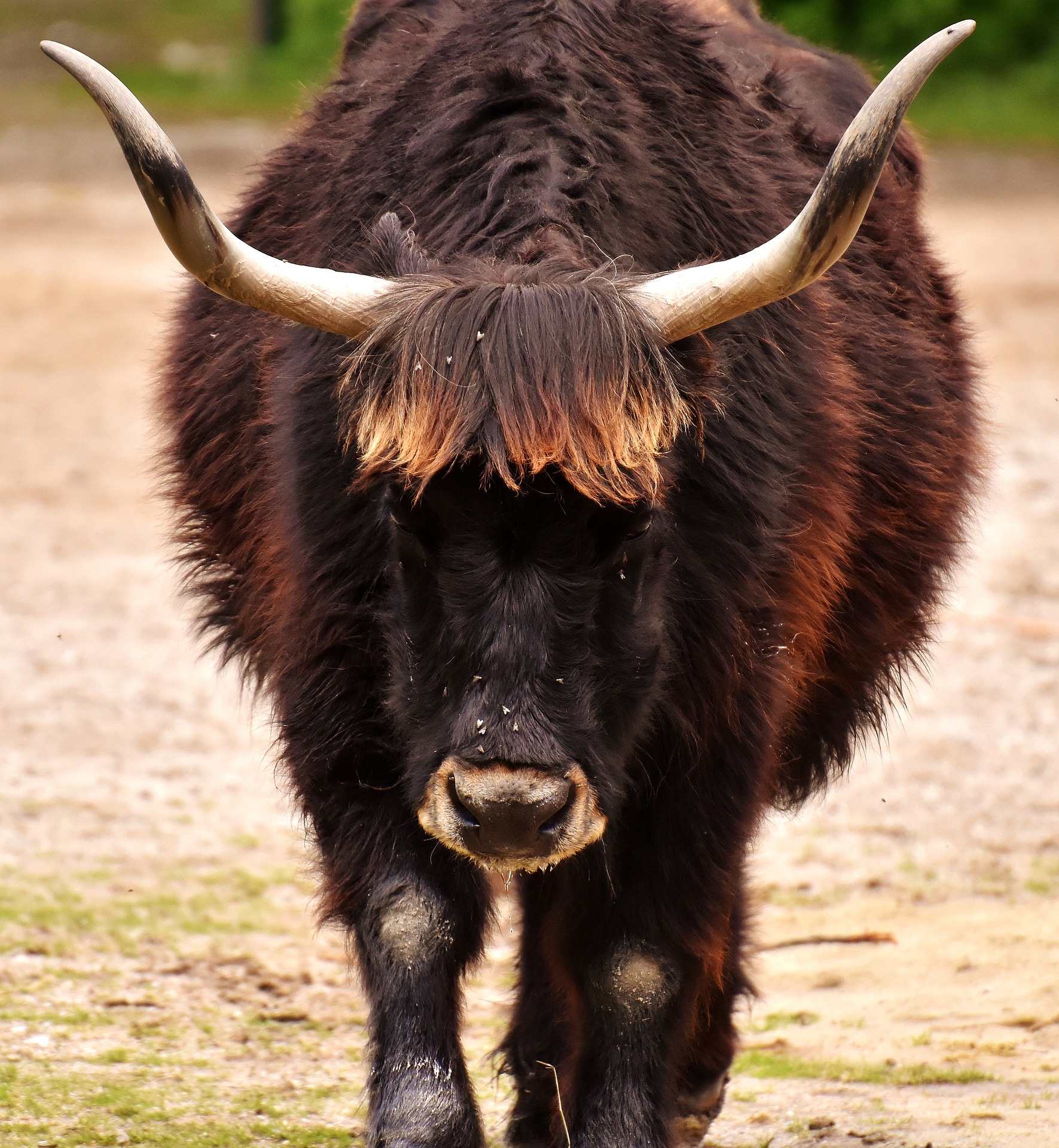 by Alexas_Fotos - pixabay
Horses
The horses bred and raised by the Gueta Ko are the best on the Island and there is intense competition among buyers to get them. They are primarily riding stock, although can also be used to pull carriages and wagons. 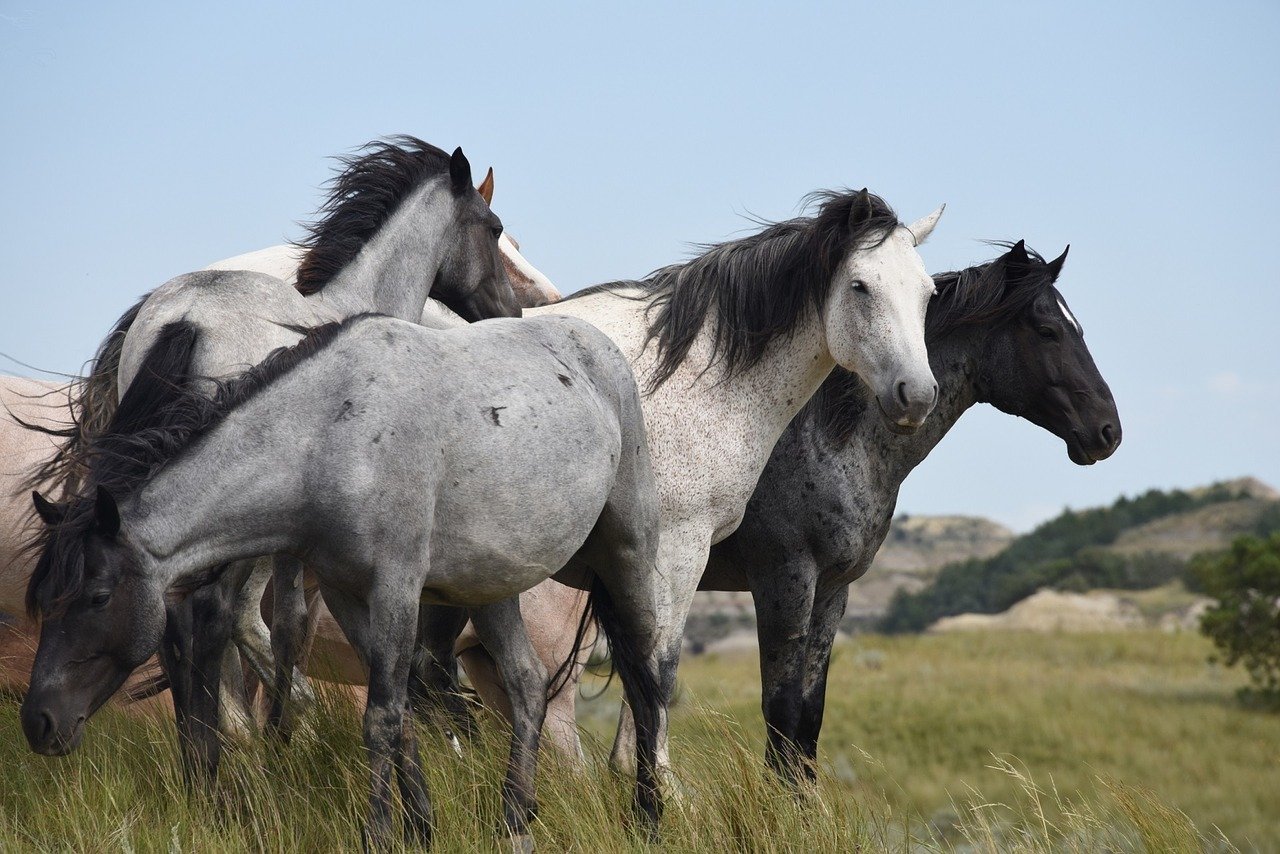 by skeeze - pixabay
Biany
a specific type of herding dog used by the tribes to help manage their uru herds, are mostly kept within the clans, but an occasional abundance allows for some to be sold to outsiders. 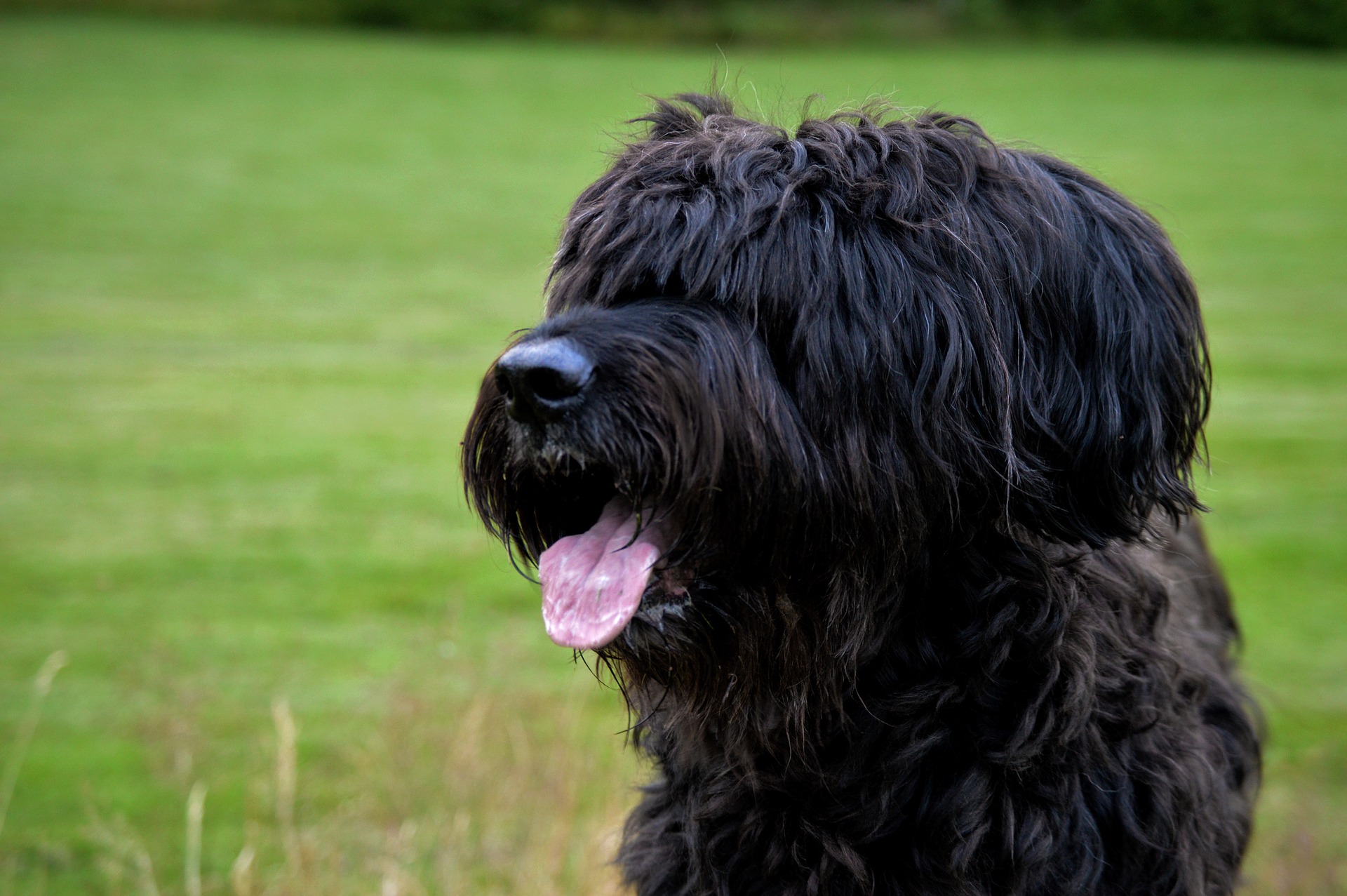 A Map of the Tribal Territories 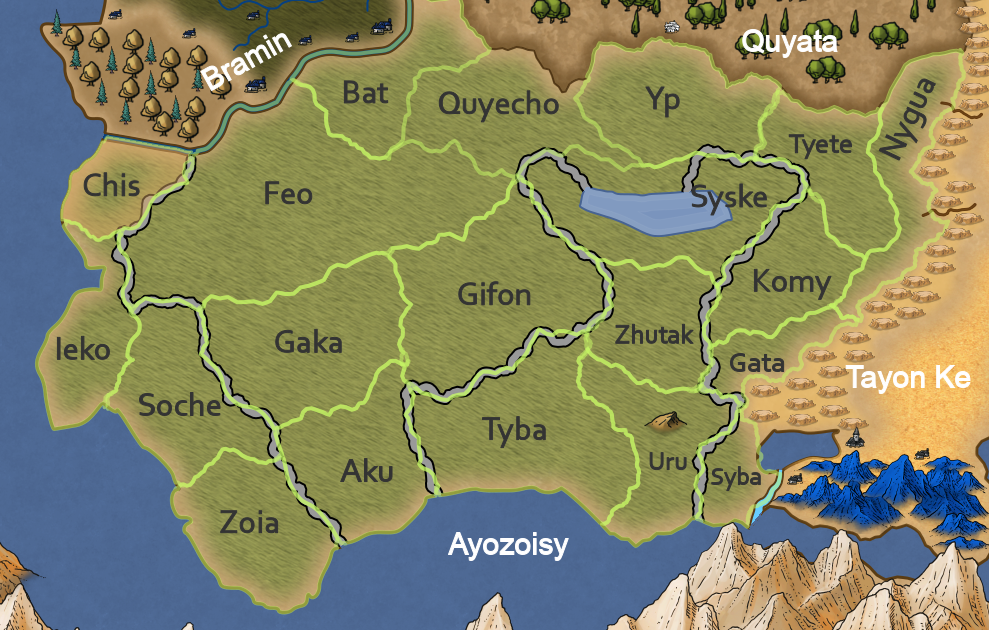 The Embers of Twenty Flames Rise to the Sky as One

Pyeske - Words of the Sky 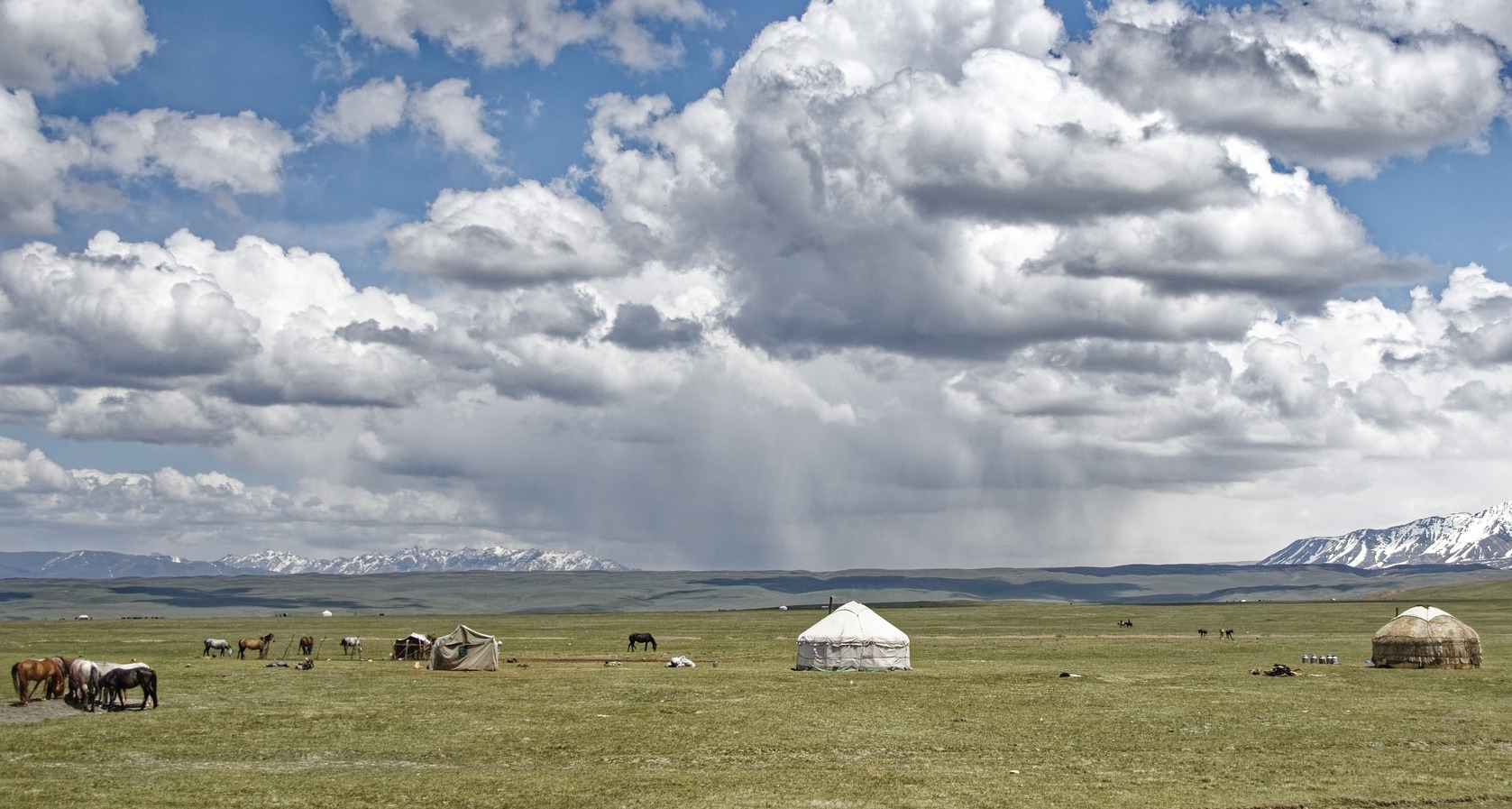