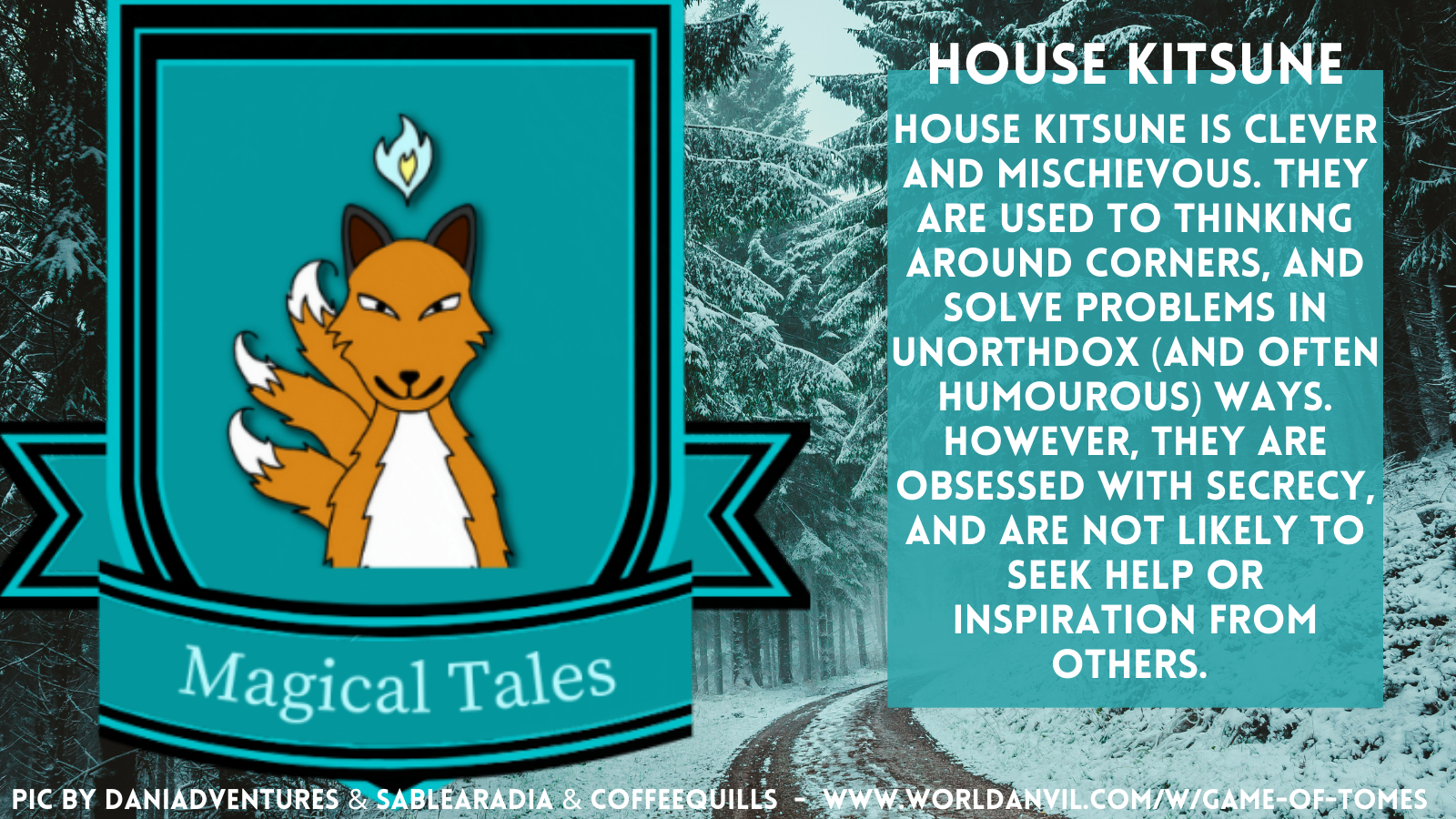 House Kitsune formed as a Minor House and pledged to House Meles. As per the kitsune legends of fox promises, we stayed loyal through out the war, despite our leader falling and becoming one of the undead as 'ShyDeadFox'.

We pledged to House Meles. Our words were part of what propelled House Meles to victory.

And thus it was, that on the 20th of May, in the Year of Our Words 2021, that House Kitsune was elevated to a Major House -- with hopes that House Apis will be able to resume their place among the Great Houses in November.

Being a new major house was not without its trials. But with the help of the minor houses of House Tiki and House Sauropoda, we managed to scoot into 4th place of 6. Not bad for upstarts! Shy is very proud of her house and those who pledged their words!

We participated as a minor house and ended up serving under most every major house at one point or another, since we auctioned off our words to the first house who promised to promote and do self care.

ShyRedFox reconizes and gives special thanks to FoxWriter as her Kobun and protector.

Minor House Kitsune shall dissolve and descend into the chaos of what we always really were - sneaky yakuza. But we'll use our former bad ways to bring good as the Self Care Mafia.


House Kitsune disbanded in order to focus on the good that the Self Care Mafia can do.
DISBANDED/DISSOLVED

To visit the Self Care Mafia Headquarters

A group of former yakuza turning the world of writers and creators around, giving them some *serious encouragement* to take care of themselves in the Game of Tomes.