Is Dark Literomancy stronger? The simple answer is yes and no. Is it stronger? No, but like the dark side of the Force, it is "quicker, easier, more seductive." Making people angry is easy, the words are simple, and rage is not a far stretch. They say, "Sad songs say so much," but what of those words that hearing can make you wail in sadness? And plucking the strings of fear is also easy: people are afraid of the unknown, the uncanny and the strange. Learn what scares them and you will have power over them.

So, dark literomancy is a path that many dabble in, but few make an active study. The previous Lords of the Tome forbade the active study of Dark Literomancy but, as literomancy fell out of fashion, and was mostly seen as a curiosity, Dark Literomancy gained some favour. Seen as "taboo" and "off-limits" literomancers throughout the ages dabbled in it, giving rise to such works as The Mallus Malficarium, Dracula, and Frankenstein. Series such as Varney the Vampire titillated and touched on our dark sides.

But the real power of Dark Literomancy took hold in the late 20th century with the advent of horror novels and comics. Masters of Horror such as Stephen King, Clive Barker and John Saul touched people in new ways that left their hearts racing and their bodies jacked up on adrenaline, imaginations gone wild. Sure, there were horror writers in the late 19th/early 20th centuries, like Edgar Allen Poe, and HP Lovecraft. Indeed, their Dark Literomancy stands the test of ages, continuing to shock and horrify readers a hundred plus years after their deaths.

The Nite Qing and his successor, The Living Dead Girl, were true masters of horror writing and Dark Literomancy; the power of their words terrifying even the most stalwart heroes.

In simplest terms, Dark Literomancy is the ability to use the power of story to alter reality, though only in negative or dark ways. The dark literomancer literally invokes the imaginations of their readers and alters reality to suit. It is often used for demon summoning and summoning Dark Litwalkers, such as Pennywise the Clown, Flagg, or The Demon Queen of Spiders. The more vivid the imagination of the literomancer, and the better their inner thesaurus, the stronger changed in reality they can make.

Also, like its counterpart, Dark Literomancy must use some form of creative writing. The power of facts is not enough to evoke the necessary emotions for a Dark Literomantic effect. Thus writing a scientific peer review cannot invoke Dark Literomancy, though coding a horror game, like Silent Hill, certainly can. Also, like its "Light" equivalent, those who use creative forms such as film and art often use visual aids like runes or subliminal imagery to aid their dark magics.

Like the corresponding discipline, the effects of Dark Literomancy vary widely, with "buffs" being common. Unlike Literomancy, the effects are never "pretty" or "innocent" and often take the form of monstrosities. For example, a dark literomancer who buffs himself literarily with great strength will probably grow grotesque muscles that look inhuman and bulging. One who uses it to mentally beat their opponents, causing despair and terror, will possibly appear with a swollen head or an exposed, oversized brain.

Dark "Combat" Literomancy is much more rare, as the subtleties required to cause fear and/or pain don't lend themselves well to instant effects. There is, however, a form of dark combat literomancy practiced by a few horrifying individuals. Erin Righ (and consequently the Nite Qing) as well as AuthorGoddess (and therefore the Living Dead Girl), practice Dark Combat Literomancy. Notably, Sable Aradia is more than capable, but simply doesn't. The Nite Qing taught Lord GalaWight the art but it is unclear if Galakrond remembers the lessons after his resurrection.

Like Literomancy itself, Dark Literomancy has trouble breaking with tropes, plot beats and narrative structure. You can summon Vlad Dracula, and he will be a powerful vampire that can only be repelled by powerful Tome Knights, but sooner or later, he will discover "Willimina" among the enemy and go off on the Vampire tropes.

Breaking free of these tropes, narratives and plots, is difficult but not impossible. Sometimes the bad guys win, at least temporarily.

Although it is possible to build a new narrative with Dark Literomancy, it is easier to build on existing stories, and traditions make it easier to shock and awe with Dark Literomancy. (These tropes and traditions are the reason why The Nite Qing ultimately lost to the Grand Alliance. It is very hard to turn mother against son, or son against mother, and Erin simply wasn't up to the task, nor was AuthorGoddess.)

How Is Dark Literomancy Learned?

Nothing can be called "common" with Literomancy, though the most common way for one to learn Dark Literomancy is to begin study as a literomancer (Tome Knight) and be mentored in "the Dark Arts" by a dark literomancer. Though dark literomancy is not exactly outlawed by Literomantic Society, it is usually frowned upon as frivolous and needlessly destructive. Those with Dark Literomantic training are closely watched by their fellow Tome Knights.
Type
Metaphysical, Arcane 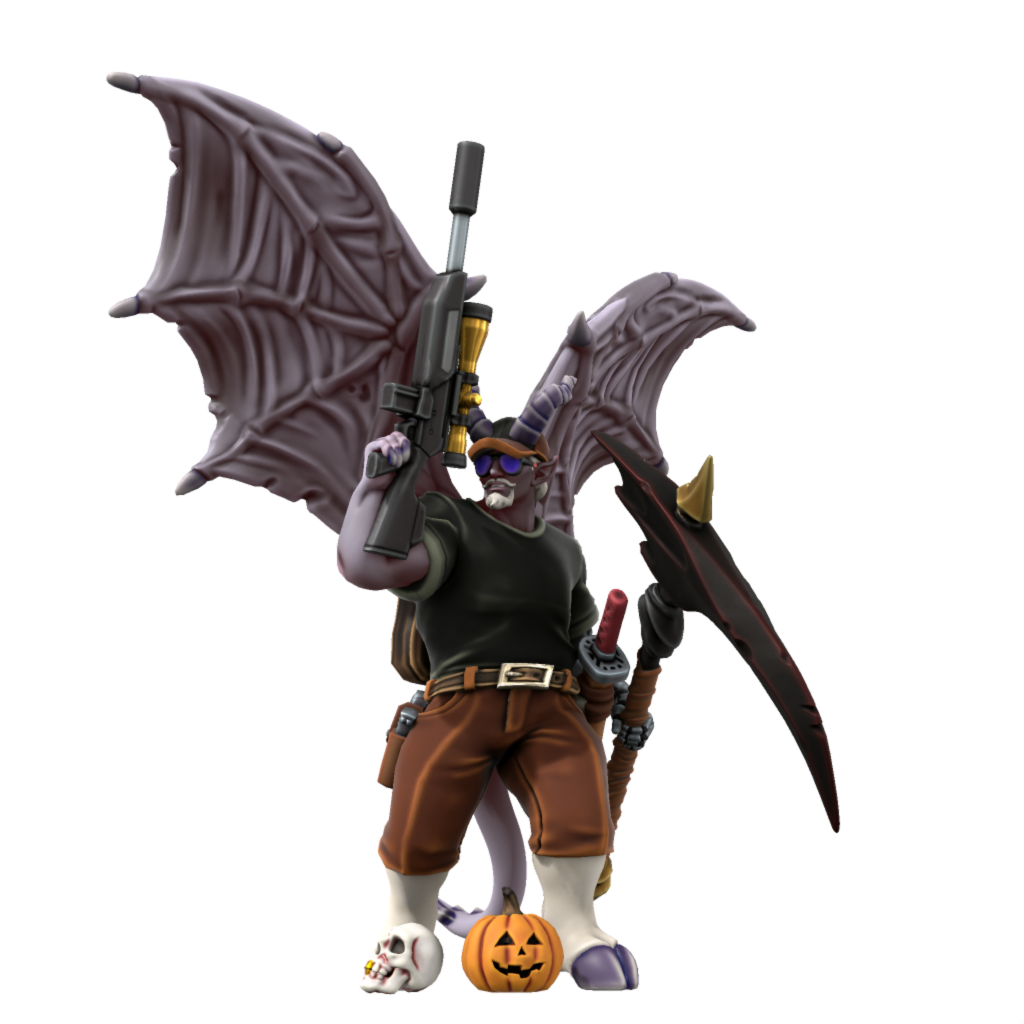 The Nite Qing by HeroForge 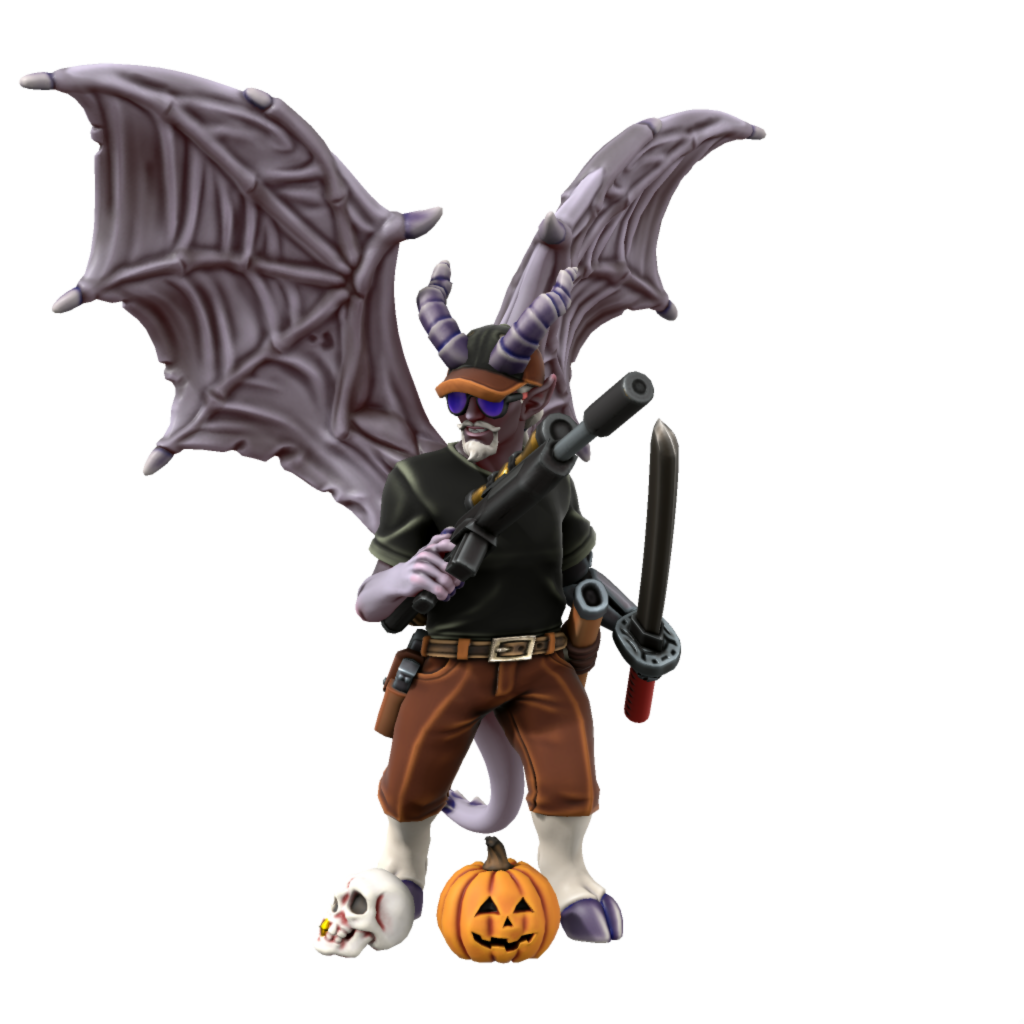 The Nite Qing returned by HeroForge
The Nite Qing's horrific forms are likely due to Dark Literomantic effects. 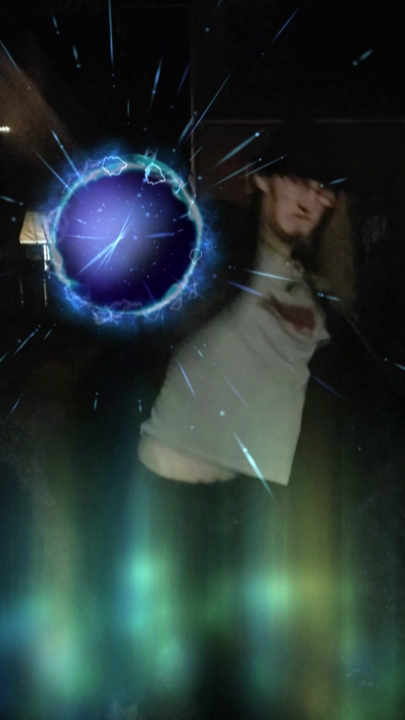 Lord GalaWight facing off against the Mother of Bunnies at the Battle of the Warren by Missi & Sable Aradia
Lord GalaWight received training in Dark Literomancy from the Nite Qing. 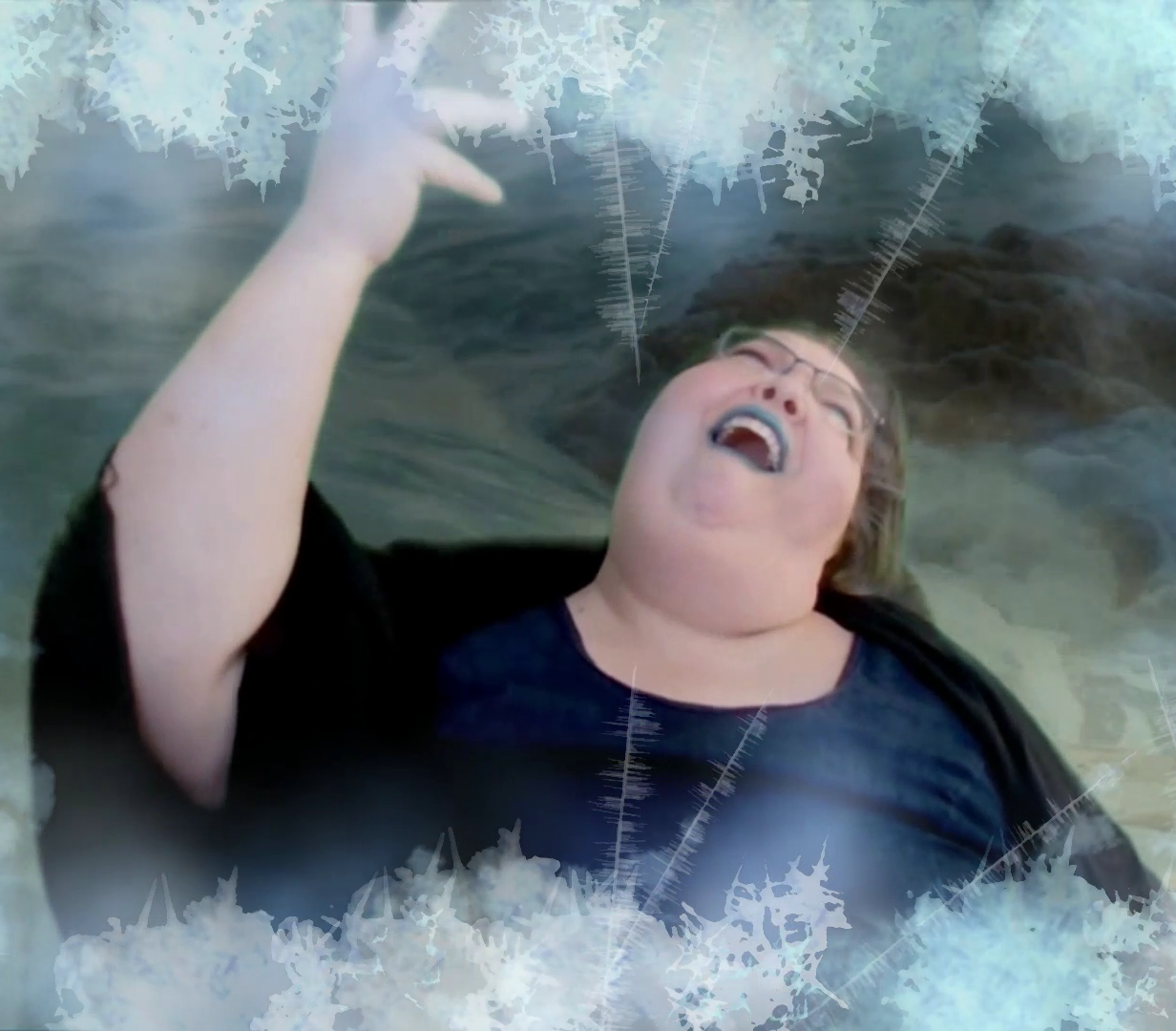 AG Taken by the Filking Plague by AuthorGoddess & Sable Aradia 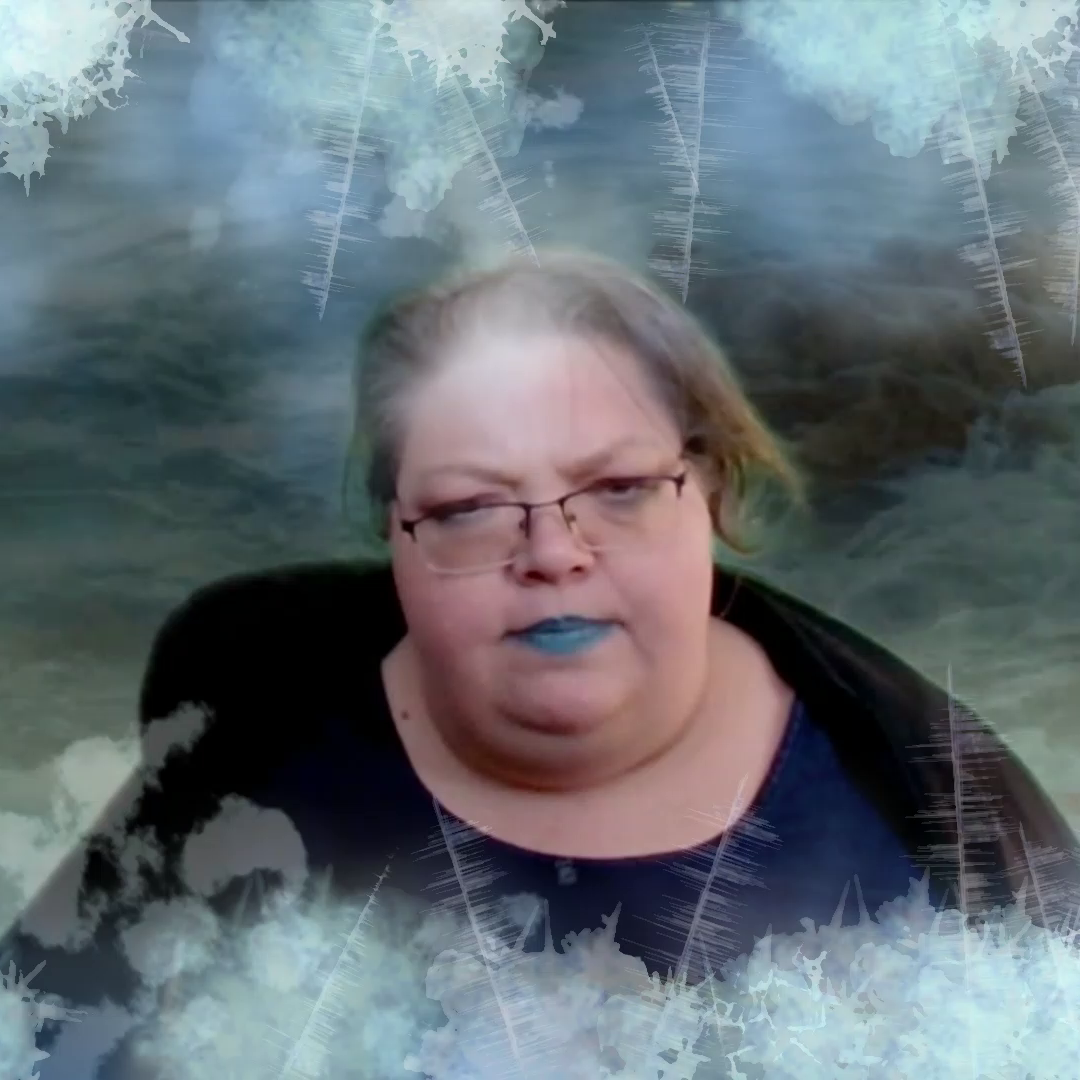 The Living Dead Girl by AuthorGoddess & Sable Aradia
The Nite Monarq practicing Dark Literomancy during The Filking Plague, first, by mocking the living Tome Knights, then by making them feel unworthy and demanding their allegiance. 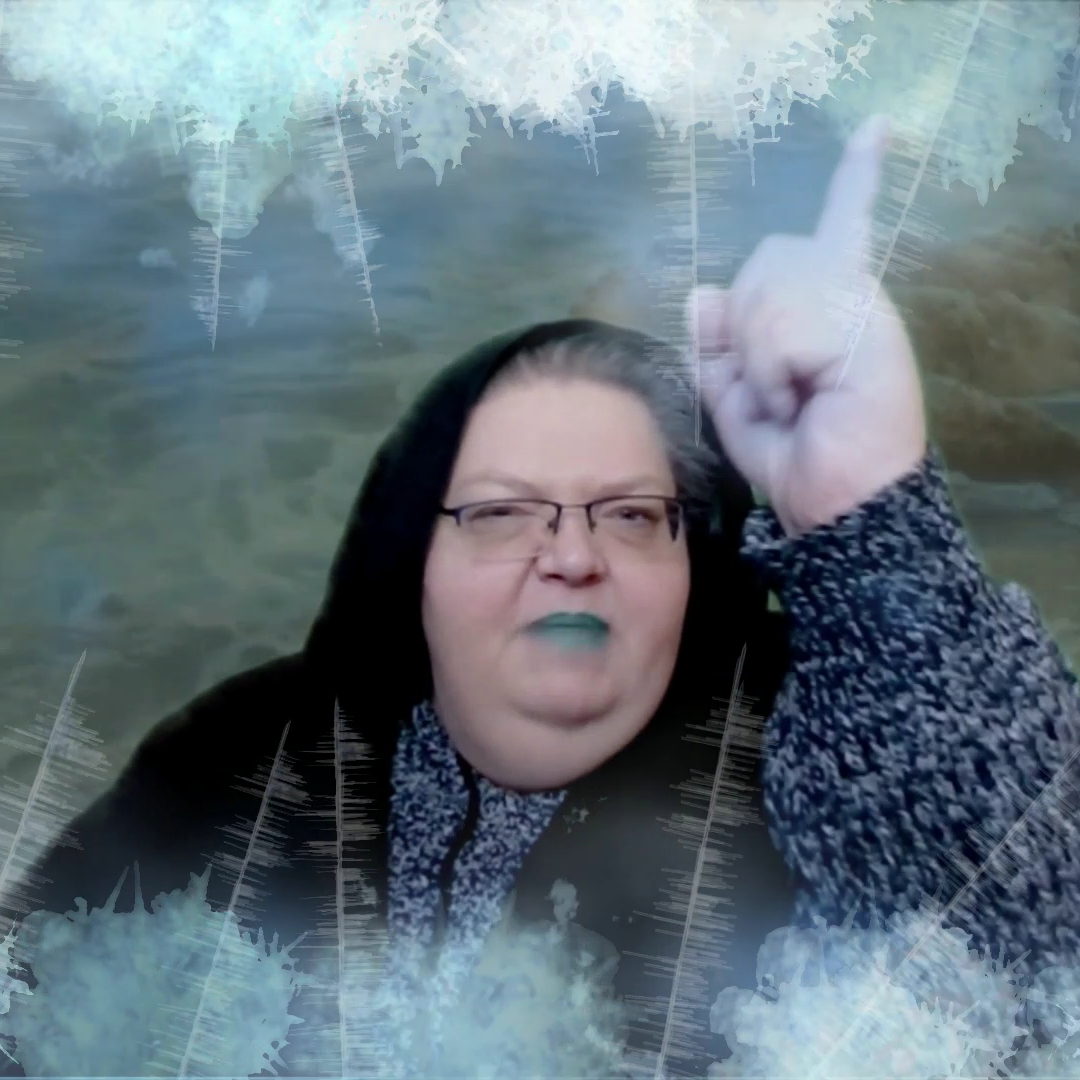 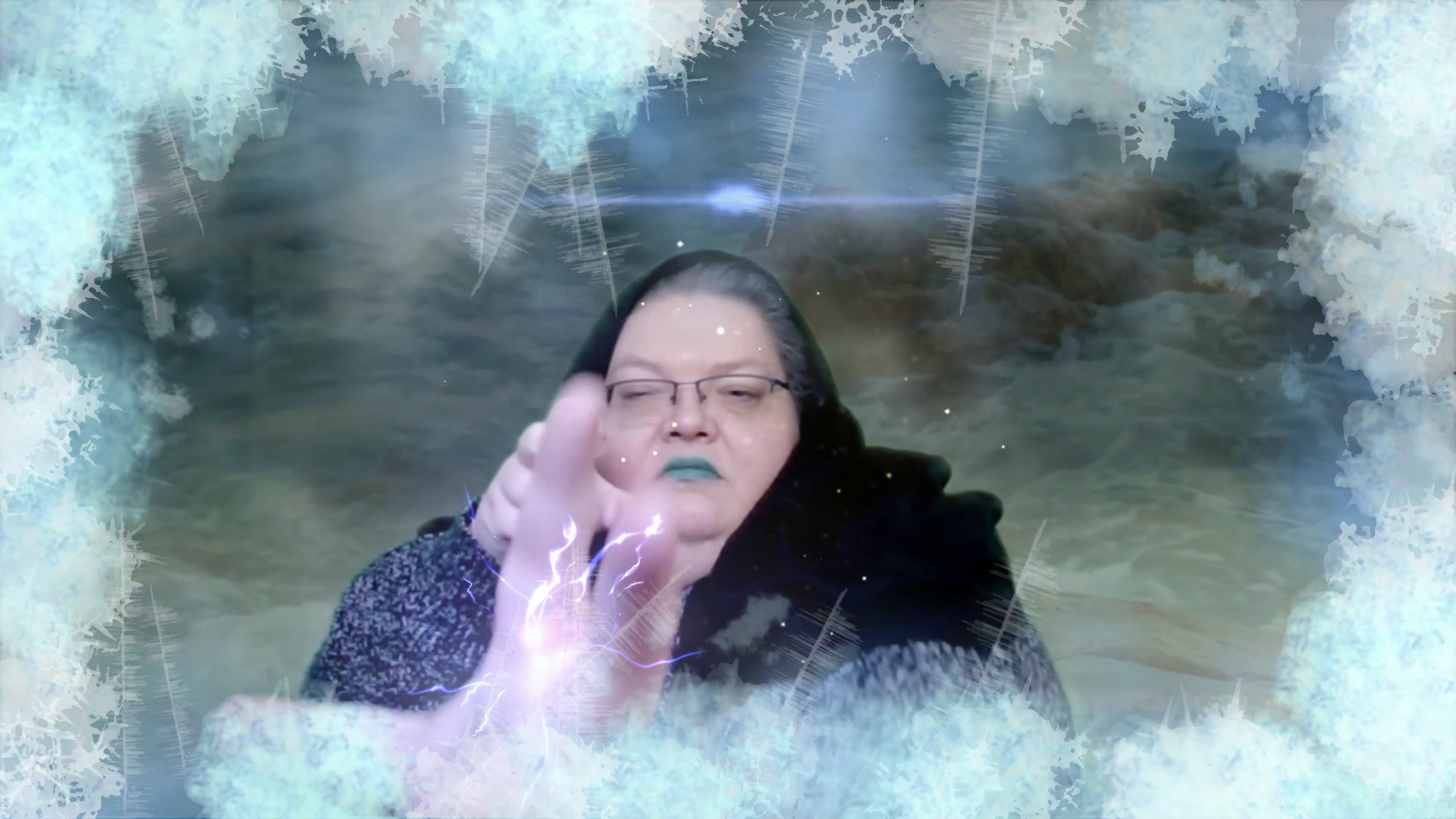 Werd Stealing Spell by AuthorGoddess & Sable Aradia
The Living Dead Girl practicing the rare art of Dark Combat Literomancy, first by reminding Sable Aradia of the defeat of her friends, then by stealing her words.

Dark Literomancy and the Iron Tome

The Iron Tome makes no moral distinction between types of Literomancy. To the Tome, dark literomancy is just as valid as light literomancy, and it devotes as much of its power to the destruction of the world as is does to its preservation. If the wielder of the Tome is bent on destruction, the Tome will assist, but the Tome belongs, by right, to the most powerful literomancer. So, if you are challenged, the Tome may choose not to help if it feels the challenger more worthy. This is the way that the Tome was wrestled from The Living Dead Girl and delivered to Sable Bright-Eyes; the Tome decided that Sable was more worthy. If the Night Monarch had succeeded in either Word War, Dark Literomancy would be the rule of the day.
Natural Laws & World Rules

I'm glad to see "Varney the Vampire" be mentioned! I love that story and it's really not well known.   "writing a scientific peer review cannot invoke Dark Literomancy" awwww I'm very sad :( I'm not sure I would say they are really all relying on "the power of facts". The analysis and interpretation can surely be creative sometimes, especially when going back to read older sexist, racist, ***phomic and all the other ist articles - and they would certainly be good to evoke rage in the readers :p   "sooner or later, he will discover "Willimina" among the enemy and go off on the Vampire tropes." I love that aspect!   Great article :D