Far in the distance, a void-black cyclone tears at the clouds of the southern horizon. It rages endlessly above the rime-encrusted crater of the Abyss. You aren't close enough to feel its cold, relentless fury, thank the Witnesses. But neither have you ever relished the sunrise untainted by the Tempest's ashen tinge. And every day it seems to loom just a little bit larger.   Beneath your feet, the land hums and rumbles along, drifting atop a sea of clouds. If ever there were continents on Gahla's surface, you've never seen them. Far below, only leagues and leagues of frothing ocean, raked here and there by the tectonic scars of a sundered planet.   The Galesingers say the gods died long ago, and only the Witnesses remain to whisper of their former glory. You've heard stories that in eons past the Scream tore Gahla apart. The world drowned in a great flood, and fell silent for cycles. Gahls took refuge on sea vessels and fought over what little land remained - only the tallest peaks from the Age of Sin. That was until the Heartwood trees took flight, and brought the ayrlands with them above the Cloudsea, and into Midgahl. And so life flourished once again.   But the Abyss never stopped turning. Its hungering call - an inexorable current of ashen wind - draws the ayrlands a few ticks closer to the maelstrom every year. They swirl round and round the meridians like the hands of a clock, each at their own inscrutable pace, until they will complete their final cycle. Then the ayrles, and everything on them, finally sink into the black. That's if they doesn't freeze first, and come crashing into the sea. Food for the Leviathans.   The archvultures circling above know it. So do the Skywolves - that cartel of unscrupulous corsayrs who prey on the desperate pilgrims of the never-ending Northward March. 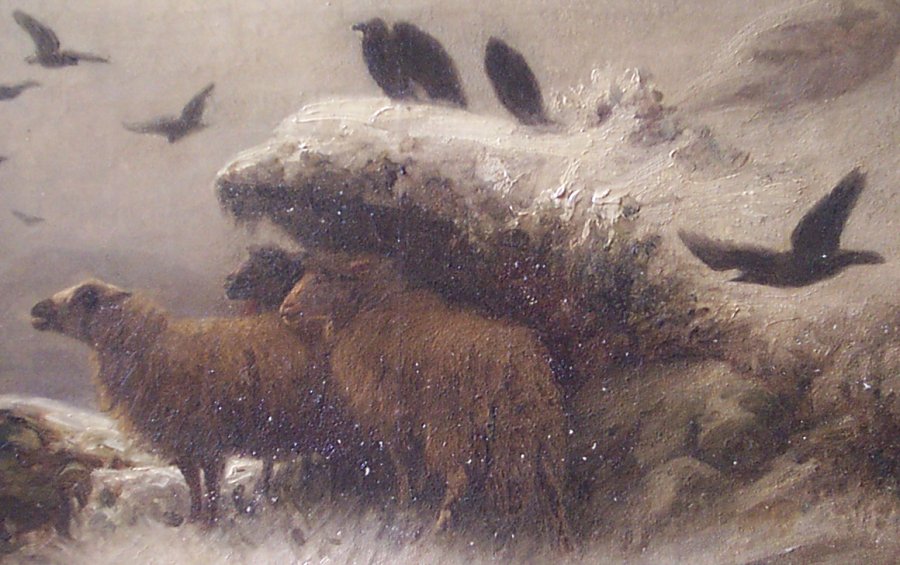 
The Privilege of Permanence


Ayrlands are born in the mists to the north. Precariously they float, up and out of the colossal swampy jungle that encircles the planet below the Kalyptian Discs. These rugged heaps of earth are kept aloft by a brittle under-crust of steamy skycoral reefs. Their scalding, hissing, huffing vents exhale the spent life force of the myriad ecosystems above, and propel them up above the clouds. Each ayrland depends on its Heartwood trees to orchestrate the marvelous symphony of bio-alchemical processes that keep it level and steady on course. In turn, the ecosystems that develop on the ayrles keep the Heartwood tree protected and nourished. Any fool or villain who threatens the Heartwood trees, will soon find an ayrland's inhabitants turned against them. Not that it stops folk from trying. Brillesap's just too valuable not to. 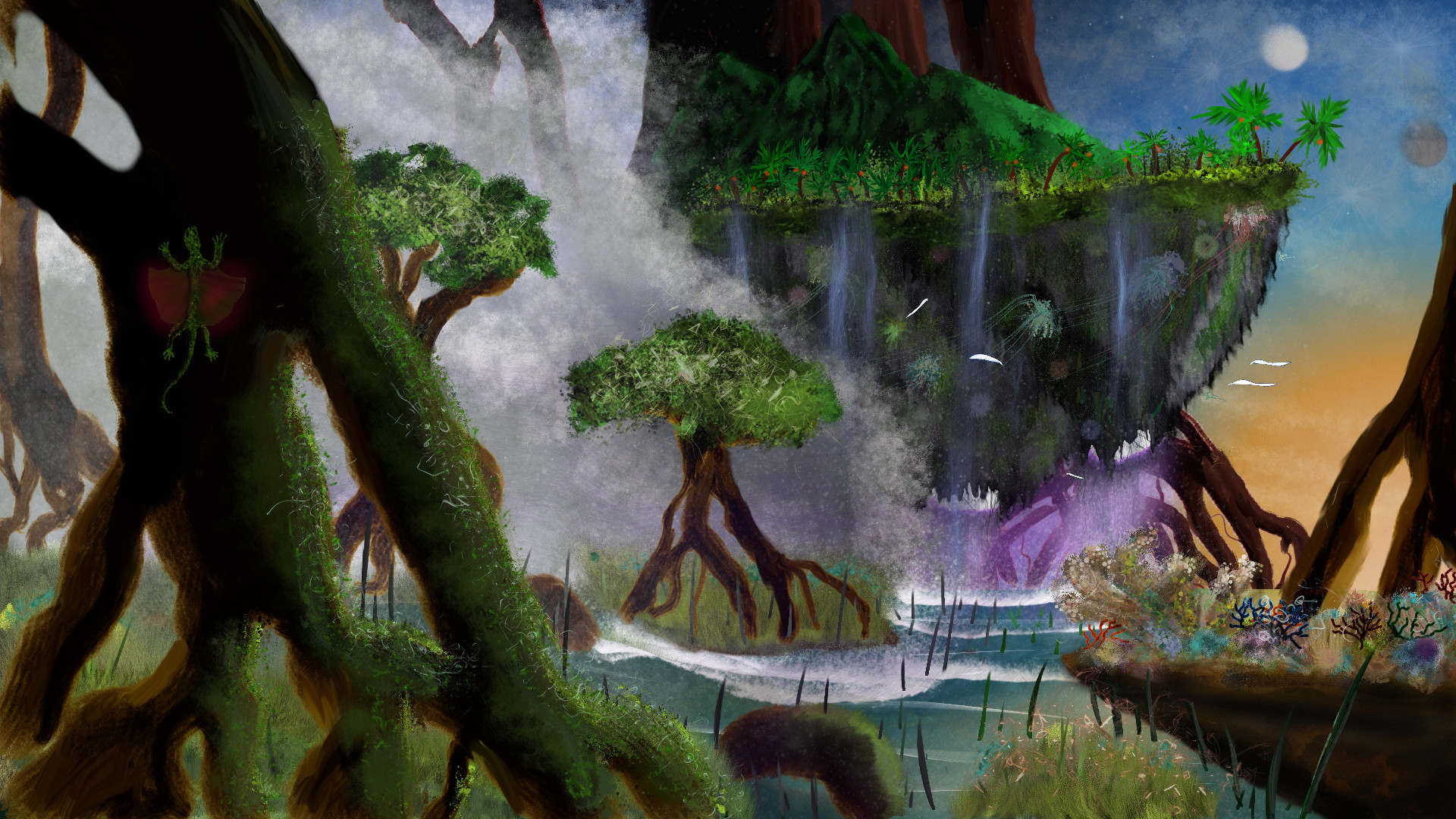 Most Gahls live nomadic lives, desperately hopping from one small ayrland to the next. The wealthy and their attendants make their homes in the Chainlands, where ayrles get tethered to an anchorspire. These are rare and coveted pillars of rock that stand tall and proud above the Saltsea. A massive meteorite-forged chain holds the ayrles fast against the pull of Gahla's ceaseless winds. But all things wither and erode in time, and not even the lushest ayrland, nor the strongest spire, can resist the forces of the nature forever.     Others, like the Conchordians, have learned to sing to the Heartwood trees and to the Witnesses in the wind. They use these gifts to guide free ayrlands through the skies, allowing folk to build small villages on them so long as they maintain harmony with their surroundings. Life on a Free Ayrle is not for the faint of heart though. Every day brings new threats from the open sky. There are quakes from collisions with skayrries, tilts that send items flying sidewards, hungry swarms of archaves and wyverns, raiders from skies above and below,   Alas, most ayrlands don't last half a century before their tightening orbits finally bring them into the storm where all things end. Eventually, everything falls: the castles and the orphanages, the skyports and the walls, the churches and the theaters, the prisons and the schools, the factories and the farms. They all plummet into to that icy chasm. 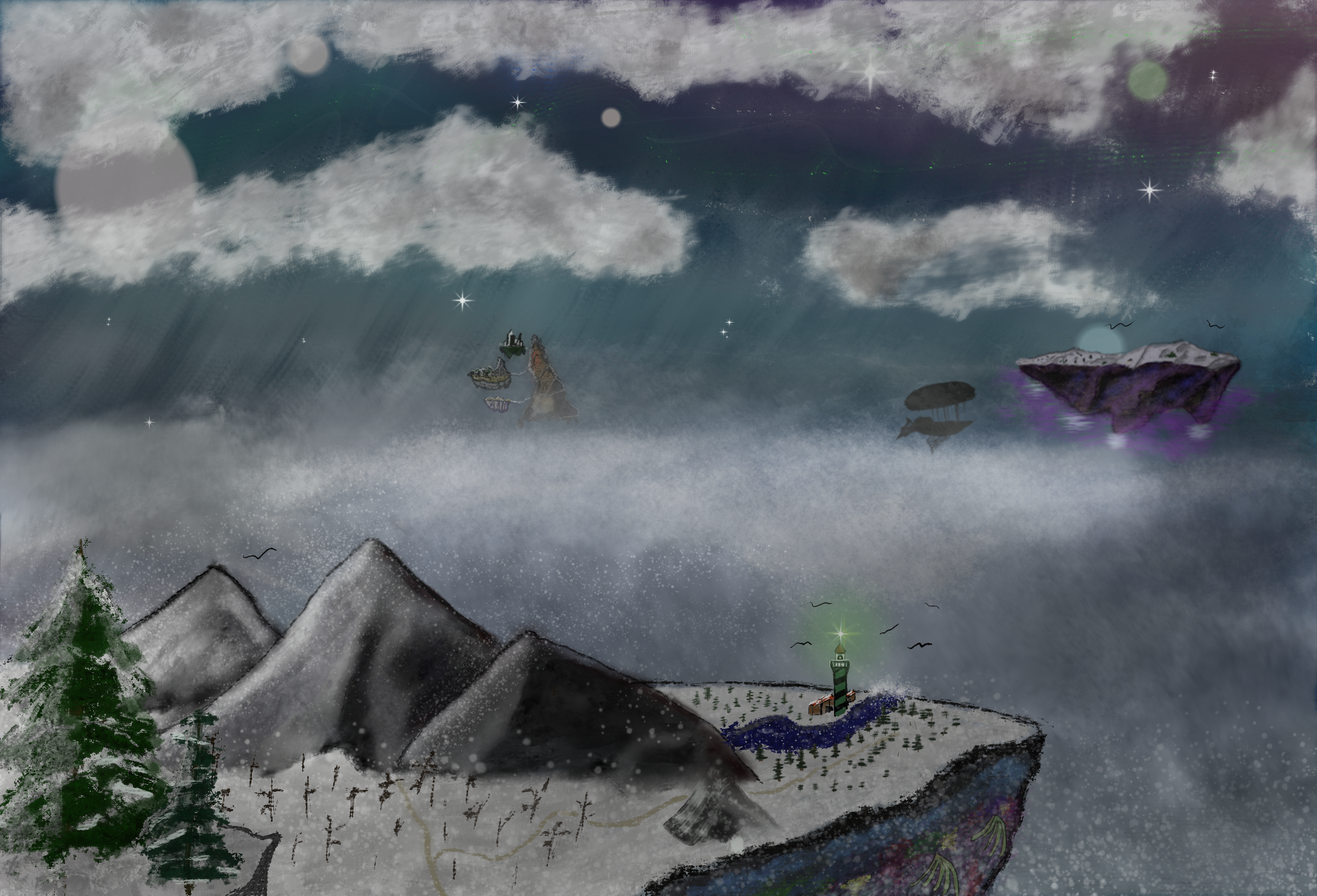 The Northward March is eternal,
for the Abyss swallows everything.
Even a gahl's memories.

Well, they said there would be a plan, but they do say a lot of things. The Prospero Consortium and the trade houses of the Guildersligue claimed that more homes would materialize from that shimmering wall of mist to the north. Problem is, new ayrlands take centuries to form and the size of the harvest varies every cycle.   So they flew daring pioneers out to the edges of the Kalyptian jungle to tame and chart the virgin ayrlands and guide them out from the wilderness and into Midgahl. But when new lands emerged from the Veil, they were too small, and too weak to hold up all the trappings and burdens of an ever-growing nation. Rulers and citizens turned upon each other as they jockeyed for dominion over the new territories. The industrialists got to most of them first, and soon those too began to sag under the weight of silver and iron.   In the Chainlands, the Federation's ministers and assessors swore the tethers would hold for a few more years, and the repairs were delayed. The noble spirelords promised relief vessels would come and airlift the citizens to a new home, but passage came at far too high a cost for far too many. Those that did make it onto a northbound ship would be met with a bloody reception by the honorsworn soldiers of the Karathi Drakkengard. Speaking and fighting on behalf of the rapacions, Gahl-hating Dragons of the mists, the 'gard refused to let outsiders wander too far north, so as not to desecrate the holy lands of their reptilian masters.   As things got bleaker, folk wrote prayers, and sent them floating upwards on candle-lanterns to the Sayr'Rahan scrivener-monks. They did eventually break from their trances, and descend from the the Loftwinds to bring mercy and salvation. But when the White Wings finally arrived, there just weren't enough. Not enough food. Not enough birds or balloons or baskets. And never, never enough time.

Choices had to be made. 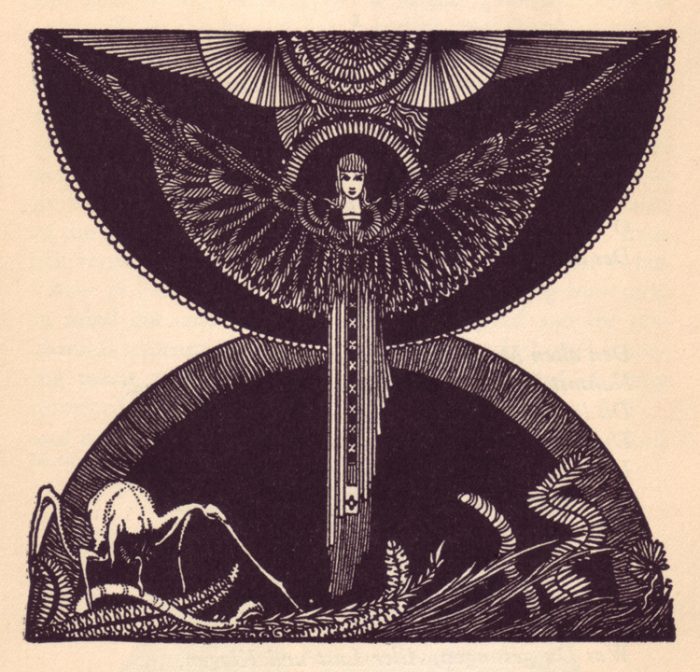 
Still, there is always hope.


Even at the rim of the Abyss, people sing and dance, and build, and plan. The Widow's Guild cares for the orphans of Gahla's fallen nations as children play hide-and-seek in the graves of civilizations. The Veteran's Union keeps people fed and drives back the ghasts that rise up from the deepshards, while the dauntless Mor'Rahan kiterayders patrol the coast on the lookout for deepsea leviathans. The Bannerless King plots revenge against the Federation, while the Crooked Queen oversees the salvage yards in the outlaw city of Brokenbow. Under their command, The Roseblade Syndicate lashes together skyrafts from the passing debris. And among the driftwood and the dregs, new heroes rise from the ashes.

"Why were we the ones left behind?"

"What lies beyond that misty Veil?" 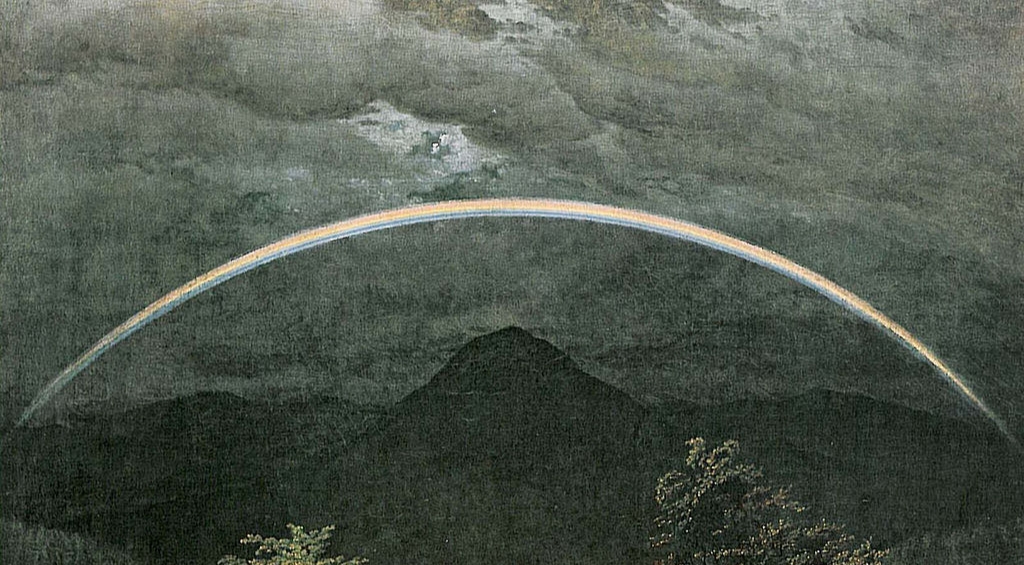 
There’s room aboard for a few more brave travelers, if you aren’t afraid of a little danger. But the trip back to the Clearsky won't be easy. Neither will running the Federation's blockade, or finding a place to call home after you do. The spirelords manage their duchies with meticulous rigor, and take only the select few who are able and willing to work at their pleasure. And as far as the law-abiding citizens of the Chainlands are concerned, why should they have to make room? 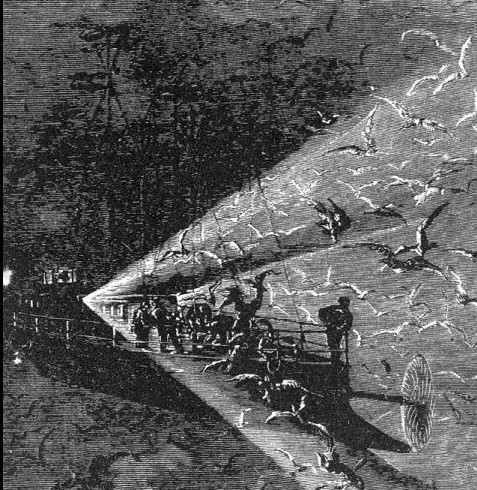 
Maybe there's a good reason you were left adrift.


Can you even prove you're who you say you are? Where is your Mintmark? Why do you arrive in a clean city, clad in dirty rags, stinking of ash, begging for a handout, not knowing the customs? Aren't you just another deadweight? Another sinker? Another lazy mouth to feed? Will you let fear and prejudice dictate your fate? Or will you blaze your own trail, and discover the truth behind Gahla's ruthless architecture? After all, with everyone trapped between a hole and a wall, how could it not be a prison, right?

Freedom surely awaits, somewhere beyond the horizon. You know it. Beyond the chains that hold the Federation together there is an open sky waiting to be tamed and explored. If you want to make it out, you'll have to be clever, bold, and relentless. You'll need to be ready to get knocked down, quick to get back up, and quicker to strike back.


And most importantly, you'll need allies.
Allies you can trust to catch you when you fall.


Explore The World of Gahla