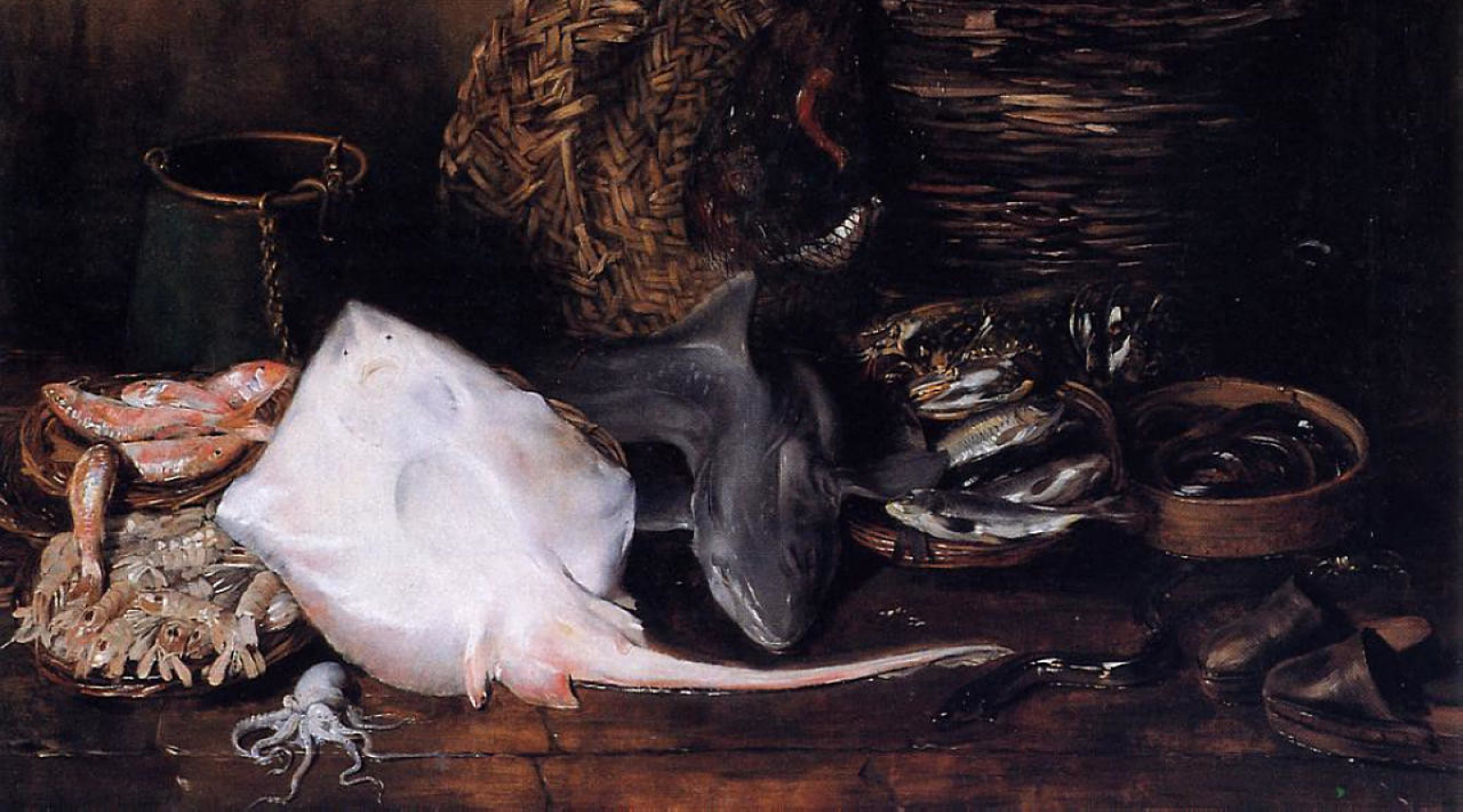 Forsaking the safety and routine of life of an anchorspire, or even the sturdy footing of an ayrland, the Mor'Rahan seafarers live their entire lives upon a roving fleet of ships. They settle only rarely when volcanic islands emerge from the Saltsea. The constant monsoons ensure that even these are only a temporary respite, good for a few years of child-rearing and wood-gathering before the tribes must set out once again.   Mor'Rahans are experts at taming creatures like dolphins and seals, boasting a musical affinity second only to Conchordians. Children grow up alongside these animals, learning to dive for pearls and mollusks, and competing in tandem games that teach strategy and teamwork. The more martially gifted among them may even be chosen to tame a kiteray. The great mantas can leap high out of the water and take refuge in the low-flying ayrlands that glide through the aethersphere. Once the rays grow large enough to support a sky-surfing rayder, they make for fearsome warmounts that are the terror of pirates and poachers alike. In general, Mor'Rahans have little respect for those who live in the spheres above. There is a saying among their kind: 'The fool who sails under the shadow of a city, should expect a shit-storm.'   The seas near a spire are typically polluted from all the urban activity above, so Mor'Rahans prefer to give most settlements a wide berth in order to preserve the ecosystems of their floating algae gardens. Never so arrogant as to place themselves at the top of the natural order though, Mor'Rahans recognize that they are but the servants of greater beings: The Wardens. The major Mor'Rahan tribes of the Old World dedicate themselves to the conservation of a single species, each following their Warden's expansive and treacherous migratory route. These include the Grey Giants of the deeps, the flying Hornback Wenwhales that traverse the Whitesea, the trundling Gloppyphaunts of the Fryggidian tundra, and the most sacred of all wardens, the Reefback Turtle. What makes these particular creatures so special? Mor'Rahan preachers are eager to convince the world: it is the Tidesong. They all sing in the same language, understand each other, share news! Have you heard it, brother, and is it not miraculous? Have you heard it, and will you not sing back?   Down below on the water, with the stars mostly shrouded behind the clouds of the Whitesea, Mor'Rahans rely on the long memories of the Wardens to find their way. The Wardens in turn depend on these courageous gahls for protection from the monstrous leviathans of the Deepsea, as well as human threats. Tribes are fluid, and a gahl is expected to follow more than a single Warden's route within their lifetime. Still, one can tell where a Mor'Rahan has spent the majority of their time when they take off their shirts. At the end of every cycle, another lingerlight tattoo is added to commemorate the journey, with additional ones earned for every leviathan slain along the way.   Mor'Rahans have strong, hardy bodies, and can hold their breath for great lengths. Their warrior's code binds them to fight the Leviathans head on if they threaten the survival of their Warden, and that goes double for any arrogant Chainlanders who would dare do the same. No more fearsome hunters exist on the face of Gahla than these leaping berserkers, who swing from the lines of their coil-driven harpoon guns.