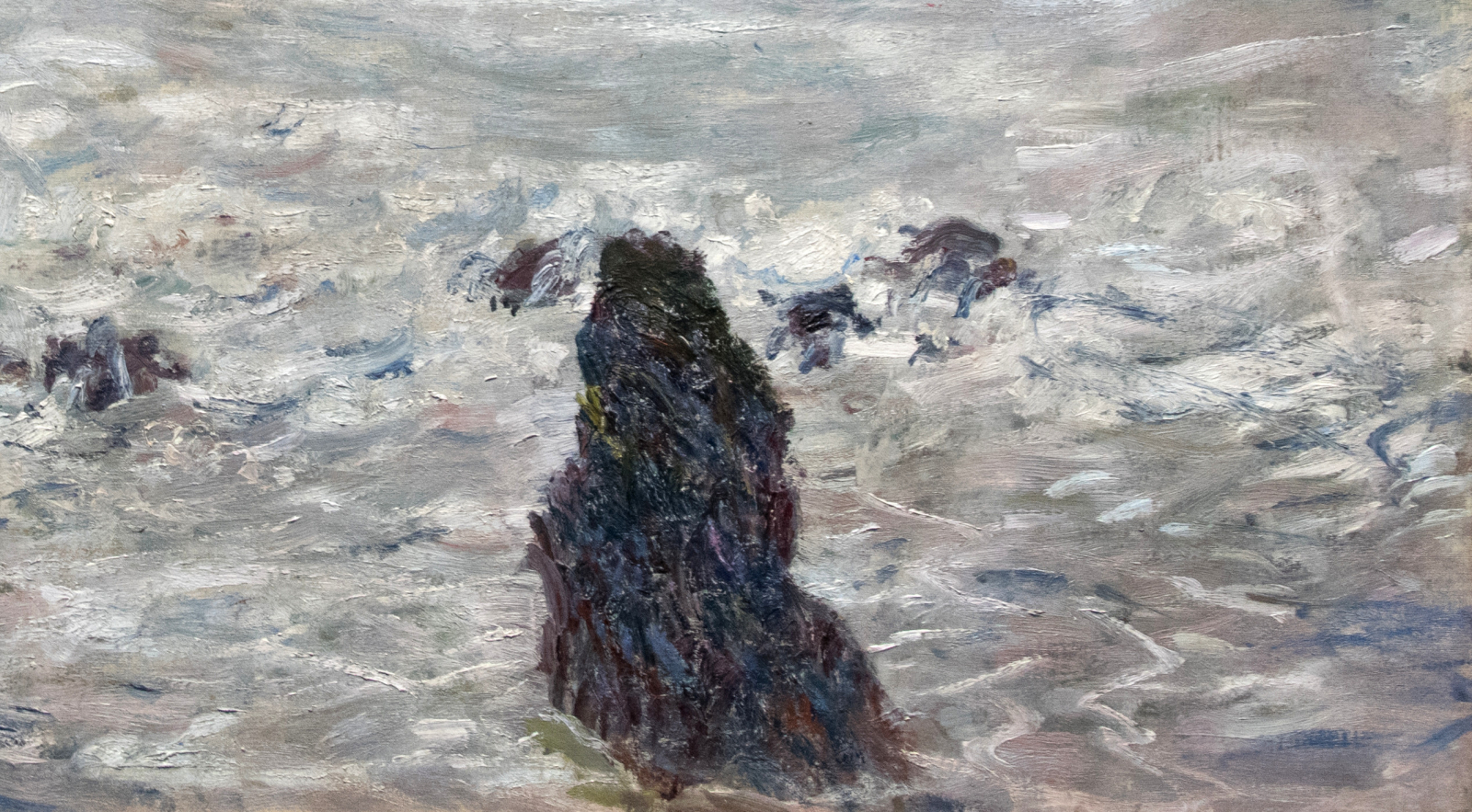 Anchorspires are tall and sheer pillars of basalt and obsidian, that protrude from the ocean, and extend high above the Nuvesea. Sturdy and immobile, the mighty anchorspire can secure ayrlands from drifting bysswards on the gales. For a time, at least. It will one day fall, as all things must. A people must prepare for this eventuality or suffer the catastrophic consequences of denial. Fortunately, even when a spire falls, not all is lost. A new spire might be born any time an ayrland crashes into the ocean and opens a scar in the floor of the Deepsea. From there its formation is a slow and unreliable process. But a galeblazer who stumbles on the location of an undiscovered spire could very well hold the key to salvation for thousands of people.   To the gahls of the chainlands, an anchorspire's unmistakable silhouette is the symbol of civilization. It is the nexus of the nation-state, the engine of progress, and the beating heart of any empire or ayrmada. It projects the power of permanence, for those who would dare fight to seize and keep it. It promises the hope of a life as humanity was surely meant to experience it: orderly and temperate.

Would I live on a loosey? Whaddya mean, like one ayrland flying around on its own? Gettin' tossed about the gales, and bit by local critters to boot? No, you'd have to be mad to live there! Two ayrlands? Sure, you can chain two ayrlands together, but then you just got 'em spinnin' around like bolas. You know what they say! Mo' mentum, mo' problems!   Three? Hmm...If the reefs are healthy, three is the bare minimum you can mesh together for a stable flight, and even then, it's a bit of a merry-go-round sorta thing. No my friend, I don't got the stomach for that. Nothing beats the spire for bit of peace and quiet. Long as they get too cheeky with the taxes.
— Damla Aziz, Federation Citizen

Ayrchitects devise clever geometries to equalize the load amongst a mesh's constituent lands. They tether multiple ayrles to the tower by way of hooks and chains forged of magma-smelted starsteel. And nowhere better to forge those chains, than right at the base of that very volcanic stack, where the heat of Gahla's womb blazes fierce and bright. Wise leaders ensure that their ayrchitects are given the time and tools to survey for erosion and damage, noting the cracks and fractures in the foundation. Repairs are costly, and only delay the inevitable.   If the balance and integrity of a single ayrland must be carefully managed to prevent disaster, the duty is exponentially complicated for a spirelord, and not merely at a logistical level. Even in a mesh, ayrlands preserve their local identities, pursue narrow interest, and fester venomous rivalries. A spire divided in spirit is surely disbalanced on its moral axis. Leveraged upon the central fulcrum of authority, those strenuous forces are but multiplied.     Consider the dilemma of the over-industrialized ayrland, relative to its neighbors on the spiremesh. Its topspan is stripped barren and its soil has turned bitter. Its reefs have turned pale and its jets meekly wheeze under the load. Overtop, heavy machinery churns on, and frenetic throngs of laborers pack ever tighter. Such a miserable place shall sag and cling to the mercy of its neighbors, dependent on a greater share of the mesh's collective lift. There sits a flux barrel eager to ignite - an all too easy scapegoat for demagogues and tyrants, and fertile ground for dissent and discontent. What then, is to be the fate of its people when time comes for ayrlands to abandon the spire and fly to more promising skies?
I am so excited to bring you more Galeblazers! Click here to support me.

Remove these ads. Join the Worldbuilders Guild
The Forces Majeure
All images in this project tagged (PD) are in the Public Domain
Background image by Todd Wivell(PD)
Cover image: by Claude Monet (PD)