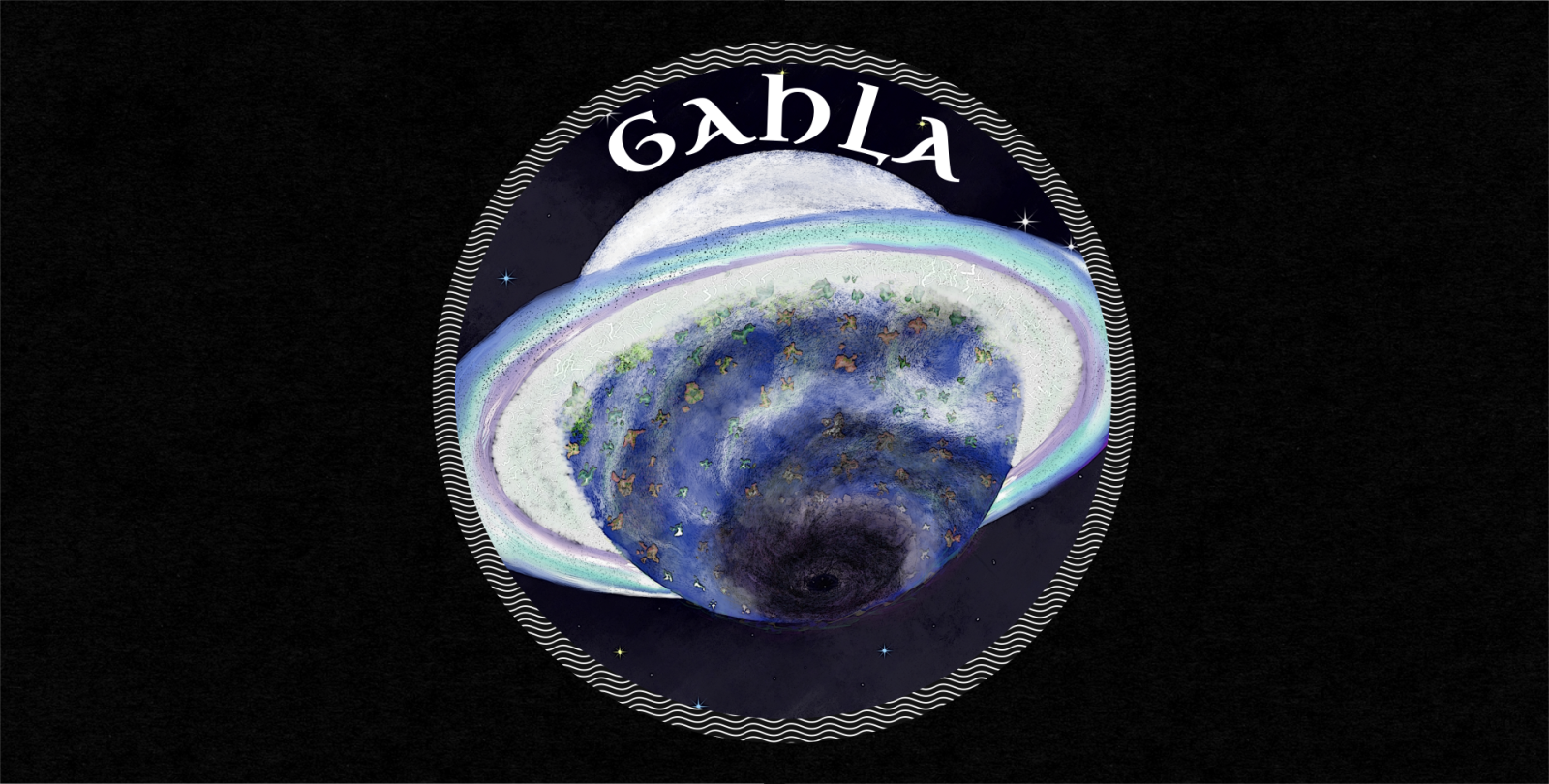 In the turbulent skies of Gahla, nothing is permanent, and folk don't stay in one place for long. Flying islands careen across the clouds, high above an endless boiling sea. They are pulled ever southwards by a great storm, swirling towards the frozen wastelands, at the center of which awaits an abyss that thrums with dark chaotic energy. Always to the south lies certain doom, but to the north, past the great expanse of the known world, stands the Veil - an impenetrable wall of mist and falling meteors from which no one has ever returned.   No one knows how many civilizations have come and gone only to have been swallowed by the merciless winds of the Abyss. Stories from the mythical past seem like naught but tall tales. Exaggerated. Unreliable. Incomplete. Books are heavy after all, and in a world where most folk spend their time just trying to stay aloft, the truth doesn't come cheap.   This world tells stories about unexpected pilgrimages, narrow escapes, frantic rescues, and explosive ayrship battles amidst fierce storms. Whether our heroes find themselves in the shipwreck city of Brokenbow, or in the politically treacherous atoll kingdoms of the Thambrian Crowns, or even far to the north in the Karthinian Drakkenwyld, forces will conspire to keep them on their guard, and on the move.   Our heroes will have to keep to the shadows and the mists, and fly the uncharted gales. They will make ingenious discoveries as they investigate the ecological disruptions that threaten to bring the ayrland cities crashing into the sea. They'll court dangerous allies in shady hideouts, and uncover the ruthless conspiracies that have transpired through the cycles, as the wheels of Gahla's history have turned.