Attention all ships. Yellow alert. Another Solus fleet has entered the Valley of Death. Show them the might of our navy.
— Colonel Makari Voychek, Fleet Sub-Commander, ACV Gerald Hart
New Sibir's 'Valley of Death' Hyper-lane minutes before a Sol Empire attack.

Descending from the original Federal Arshan Navy, Delta Squadron fields a large array of combat and military logistical fleets for the entirety of the Federation's military. Anyone wearing an orange-accented Delta uniform is guaranteed to be a ship's or station's crewman, working a variety of fields from command to medical, engineering, security, and whatever other tasks may be required by a ship underway.

Following a similar structure as all other Arshan military branches, Delta Squadron's chain of command consists of an upper and lower level commands. Like all other branches, the upper level includes the Squadron Command Group and their associated staff. However, unlike other squadrons that have dedicated divisions, Delta's lower command consists of the Orange Shield Command Group and a number of additional personnel responsible for delegating information between the upper command and the fleet commanders they've been assigned to.

Structure within the fleets themselves follows a Fleet > Ship > Division/Deck > Shift structure, as detailed to the right. This system allows orders and reports to be delegated between the fleet and ship commanders and the individual teams working in various sections of each ship. Orange Shield's structure is designed to follow a similar pattern, with a Ship > Platoon > Squad structure.

Delta Command, as it's commonly referred to, is currently lead by Vice Admiral Vanya Traviss. Beneath him are his sub-commander, senior advisor, and command aides in the upper level. Filling the lower level is the current Orange Shield Commander and designated command personnel placed in charge of groups of fleets to aid in delegation and filtering of inbound reports.

Delta Squadron's districts are primarily fleet based, though the branch does have on specialist infantry division dedicated to internal ship security: Orange Shield.

Outside of Orange Shield, the branch's internal ship security units, Delta Squadron fields no infantry or strike wings divisions of its own. Boarding and landing parties are filled by Foxtrot Squadron, while all strike and transport wings are fielded by Tango Squadron.

Some of Delta's more notable fleets are listed below:

Regional districts do not exist for Delta Squadron. In the event a fleet needs to operate in tandem with a regional command, the fleet is provided as an asset available to the existing region. 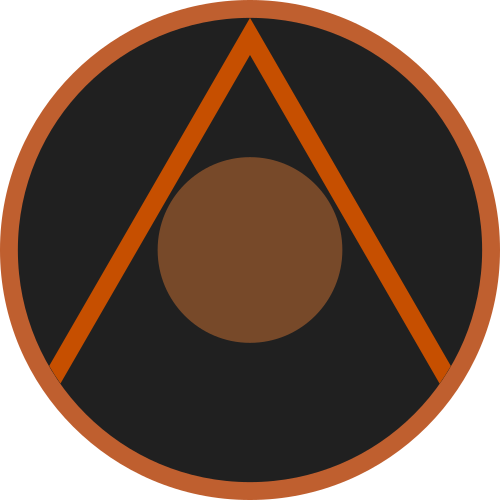 I commend you on the level of organization and the clearly far along process you've put into your world building. But what I'd like to ask (and maybe I just missed it while reading the article): is Delta Squadron led by a single individual or is it led by some kind of committee or board?

There's a Command section under Structure that describes how the squadron is led ;)

Additionally, what exactly is Delta squadron's goal or assignment? Like what makes them different from the other squadrons? I'm sorry if these are some silly questions, I know next to nothing about anything military related.

It's fine - Delta Squadron is, basically, the Navy for the United Arshan Federation. They run all the spaceships, fleets, and space stations in the nation's general military (Not counting the specialist branches that have their own ships and fleets). There's some differences in structure and assignments that make them more suited to this role versus the army or aerospace force branches.

Alright, as a military buff, this article looks solid. However, I do have some questions about the size of the Orange Shield's size. You say it's about the size of an infantry division. A Division is usually subdivided Brigades --> Regiment --> Battalion --> Company --> Platoon --> Squad. Also, even if you're pushing it, a Division's 10,000 men. A platoon tends to be at maximum thirty, and a squad perhaps eight. What is the mid-level command of the Orange Shield? How does a Major manage like 30 platoons in his regiment? Or is the division different? Is a platoon greater in size, or a division less? Great article overall though, I know I'm being nitpicky. Leaving a like!

If it were up to me, I'd organize divisions into 10,000 men, regiments/brigades of 1,000, companies of 100, and platoons/squads of 10. Strict decimal organization is always inspiring. But of course its your decision :)

Ah, see, there's no actual relation between modern day brigades/battalions/divisions/etc. and how the Arshans organize their militaries. A 'Division' can have any number of personnel and sub-divisions - The name is only division because that's precisely what they are. A division of personnel under the squadron. There can be any number of varyingly sized sub-divisions depending on the requirements set forth by that division's commander and doctrine.   Orange Shield in particular doesn't have a 'mid-level command' - There's the divisional command group that determines doctrine and assignments for all individual Orange Shield units, and then the units (Platoons) themselves. These platoons are under the direct chain of command of whatever ship, facility, or station they're assigned to. I.e., say Orange Shield 42 is assigned to the ASV Terrier - They're under the direct command of the Terrier's ship commander and his direct superiors. All Shield divisions operate in a similar manner, as their sole purpose is to protect whatever facility/ship/etc they're assigned to.   For a better example of a generalized division.. Foxtrot Squadron, the army branch, has various divisions that have different tactical and strategic goals and doctrines - I.e. an aggressive combat oriented armor division that fields a multitude of armor platoons (Tiger Division), or a specially trained reconnaissance infantry division (Relic Division). Like the Shield divisions, these divisions also lack a mid-level command - They're assigned to regions, bases, operations, etc as needed and placed under those regions' chain of command.   And finally, individual units (Platoons) can also vary in size depending on doctrine and specialization but a standard combat infantry platoon would run about 4 squads of 8-12 men with a 5th 'squad' containing the platoon command and other infantry assets attached to the platoon such as radio operators, medics, engineers, observers, JTACs, and typically a pair of combat infantry known as 'Platoon Shields' whose sole job is to protect the platoon element.   I'm hoping that helps explain how the unit structure works within the Federation.

Okay, so they're like space marines, in the original "defend against piracy" sense? Sounds legit. Nice article!

I love the details in this article like always it is filled with information and how it is linked to your other works. Although the orange lettering in the tiers section is a bit off. Hard to read the names at times with the orange dashes. But other than that i enjoyed the article!   So are they the elite of the military ?. ( normally delta is considered elite / best of the best )

I'll adjust the theme to make the tiers block a bit more readable.   Delta's not the elite of the military - They're just the Navy. Alpha Squadron is the elite forces of the military, and fields their own naval fleets as well.

Is that section easier to read now?

Interesting, so are you saying that all the orange suits are the technical workers? Your space nerds?   I'd like to see more emotional pull into this. I'm not sure if you meant to, but it feels like an info sheet. something in the middle   I love the CSS for this as well! I just want a little more story related things to draw me in.

Yep - Delta Squadron's basically the techno nerds of the UAF's military when it comes down to it. They're running all of the ships and stations throughout the Federation and all.   I'm not sure how to provide more emotional pull for these - I admit I have been writing them sort of like wikipedia articles.